Speak about the political system of Ukraine

Ukraine is a sovereign state. Its independence was declared on August 24, 1991. Before that it was one of the 15 republics of the former Soviet Union. Political system of Ukraine is a democratic political system which means that its executive branch is headed by the President with strong powers, and its legislative branch is represented by a national parliament.

The President who is elected for a five-year term is the Commander-in-Chief of the military forces and can issue orders, called edicts, without the approval of the parliament.

The first president of Ukraine was Leonid Kravchuk whose programme was aimed at the construction of a new Ukraine with a strong state system, genuine democracy, material well-being of the Ukrainian people and their elevated spiritual awareness.

Ukraine’s parliament called Verkhovna Rada (the Supreme Council), is the nation’s law-making body. It has one chamber consisting of 450 members who are elected by voters at general elections to a five-year term. 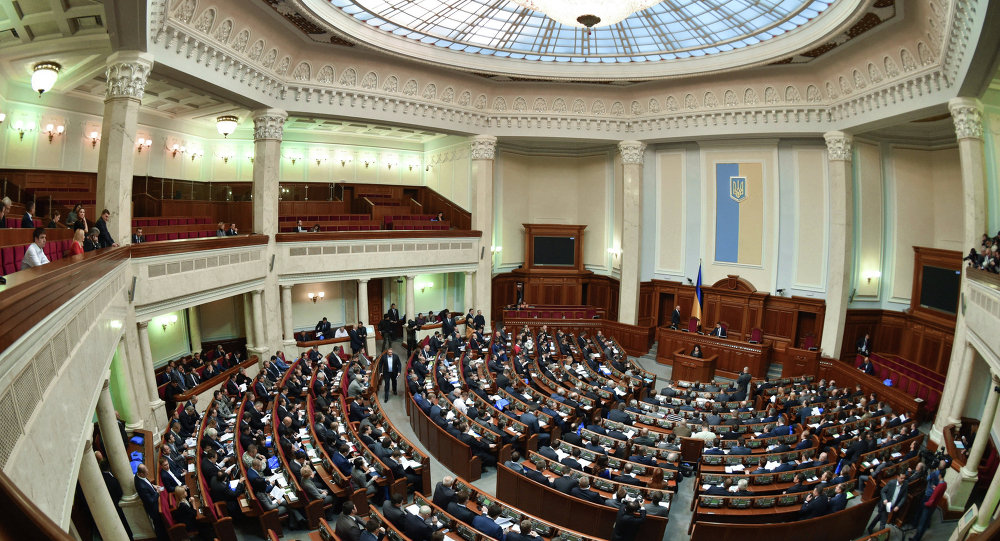 Every citizen of Ukraine over 18 has the right to vote in the elections.

Judicial power in Ukraine is represented by the Supreme Court and the Constitutional Court.

The President is assisted by a Cabinet of Ministers whose responsibilities lie in the areas of foreign affairs, home policy, economy, science and technology, industry, law and humanitarian matters. The Cabinet is headed by the Prime Minister who is appointed by the President and approved by the majority of the Parliament.

In other words, state power in Ukraine is based on the division of authority into legislative, executive and judicial branches, and Ukraine can be called a country with a parliamentary-presidential form of government.

Administratively Ukraine is divided into 24 regions, called “oblasty”. Crimea, which is also part of our country, has a special status of an autonomous, self-governing republic. Each region has its local government bodies which are responsible to the Cabinet of Ministers and the President.

There is a variety of political parties in Ukraine.

The main trend of foreign policy in Ukraine is to live in peace with the rest of the world community, to cooperate with other countries and participate in European and world structures through membership in the United Nations Organization and other international political, economic and cultural organizations.