J.K. Rowling, Harry Potter Creator, is the pen name of Joanne Rowling, one of the most famous modern British novelists. Her series of fantasy books about Harry Potter brought her fame, world recognition and popularity. They became the best-selling books in the history of literature. All “Harry Potter” books were adapted into films that had a great success.

The writer was born on July 31st, 1965, in Yate, which is north-east of Bristol. Her father was an engineer and her mother was a science technician. When Joanne was four, her family moved to Winterbourne. She attended St Michael’s Primary School there. Many biographers believe that the headmaster of that school became the prototype of the headmaster of the fictional school of magic in “Harry Potter”.  During one interview Rowling confessed that school was a terrible time for her.

Joanne Rowling had a difficult childhood because her mother was often ill, so young Joanne had to take care of herself and her sister as well. Nevertheless, she started writing fiction at the age of 9. Her first listener was her younger sister Dianne.  Joanne greatly admired Jessica Mitford (English author and journalist) whose biography inspired her to become a writer. Rowling wanted to resemble her idol.

In 1982, she failed the exams to Oxford. Nevertheless, she managed to enter the Exeter University. In 1986, she moved to London and started working as a secretary at the research department. Later, she met her boyfriend and moved to Manchester with him. The intention to write a fiction about a magical school came to her unexpectedly.

Soon, her mother died and it had a great influence on her novel. She described in details what Harry felt after the loss of his parents in her first book.

In 1991, she went to Portugal to teach English. She was convinced that this job was for her. Every morning and evening she had free time to write the novel, in the afternoons she was teaching. In Portugal she met her future husband, who was a journalist. In 1993, her daughter Jessica was born. However, her marriage didn’t last. She soon got divorced and moved to Edinburgh with her daughter.

In Scotland she received a grant to finish the novel about “Harry Potter and the Philosopher’s Stone”. The “Harry Potter and the Philosopher’s Stone” was finished in Edinburgh but nobody wanted to publish it at first. Several months later the rights to her book were bought by a US publishing house that gave her a great amount of money so that she could continue writing. 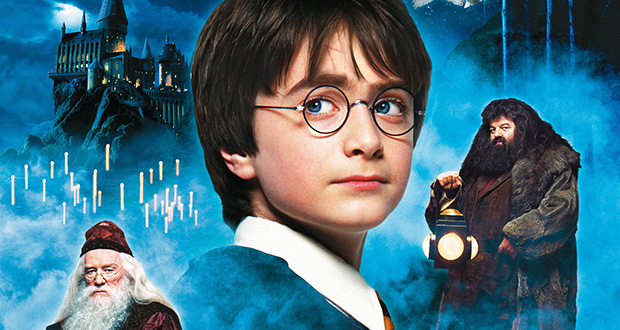 The book was an immediate success, appealing to both children, who were its intended audience, and adults. Featuring vivid descriptions and an imaginative story line, it followed the adventures of Harry Potter, a lonely orphan who discovers that he is actually a wizard and enrolls in the Hogwarts School of Witchcraft and Wizardry.

The book received numerous awards, including the British Book Award.

Since then J.K.Rowling wrote 7 books about Harry Potter:

All her books were best sellers, available in more than 200 countries and some 60 languages.

J.K. Rowling, Harry Potter Creator, also wrote several novels connected to a magical world: “The Tales of Beedle the Bard”, “Fantastic Beasts and Where to Find Them”, “Quidditch Through the Ages”.