Did you know that playing the guitar boosts your creativity and confidence?

The guitar is a musical instrument that usually has six strings. It is typically played with both hands by  plucking the strings with either a guitar pick or the fingers of one hand, while simultaneously pressing the strings against the frets with the fingers of the other hand. The sound of the vibrating strings is projected either acoustically, by means of the hollow chamber of the guitar (for an acoustic guitar), or through an electrical amplifier and a speaker.

The guitar is traditionally constructed from wood and strung with strings.

There are three main types of modern acoustic guitar:

The classical guitar is often played as a solo instrument. The accoustic bass guitar is one octave below a regular guitar. 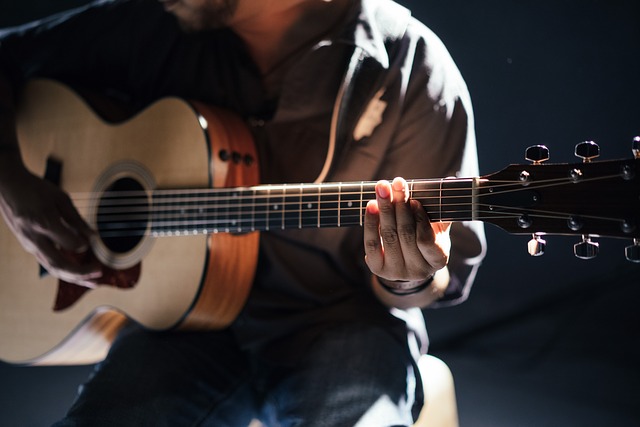