Maidan Nezalezhnosti, the Heart of Kyiv

Among the squares of Kyiv Maidan Nezalezhnosti (Independence Square) stands out as the most attractive one.

Any season of the year here you can meet people of different ages, races, nationalities from Ukraine and from other countries. Such a diversity proves the fact that the square possesses a special atmosphere of understanding, friendship and support. You feel comfortable here as if you are staying at sweet home.

In ancient times it used to be a swampy place with only the Polish Gate (Liadski Vorota) through which people could enter the city. Nowadays you can hardly imagine that. Only a model of the old gate, through which Khan Batyi’s hordes entered the city in 1240, reminds Kyivites and guests of the capital of the fact. 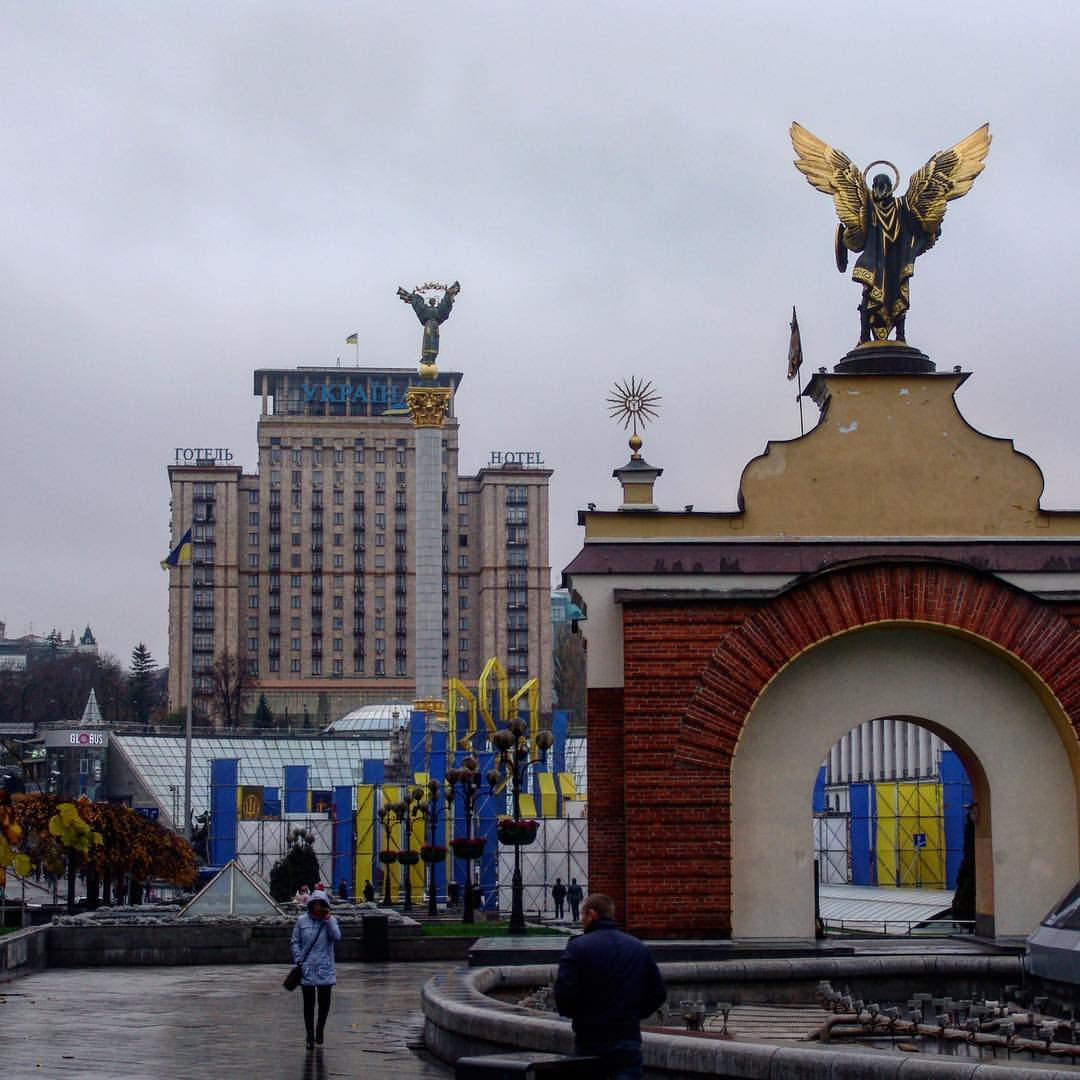 There is a lot to see in Independence Square. Visitors of the square can see the monument to the legendary founders of Kyiv, the Statue to the Patron Saint Archangel Michael, the Hotel “Ukraina”, the Conservatoire, the International Centre of Culture and Arts (the former Zhovtnevy Palace), the building of the Central Post Office with a globe in front of it and the signs marking the distances to many cities and the underground entertainment and trade centre “Globus” in Maidan Nezalezhnosti. 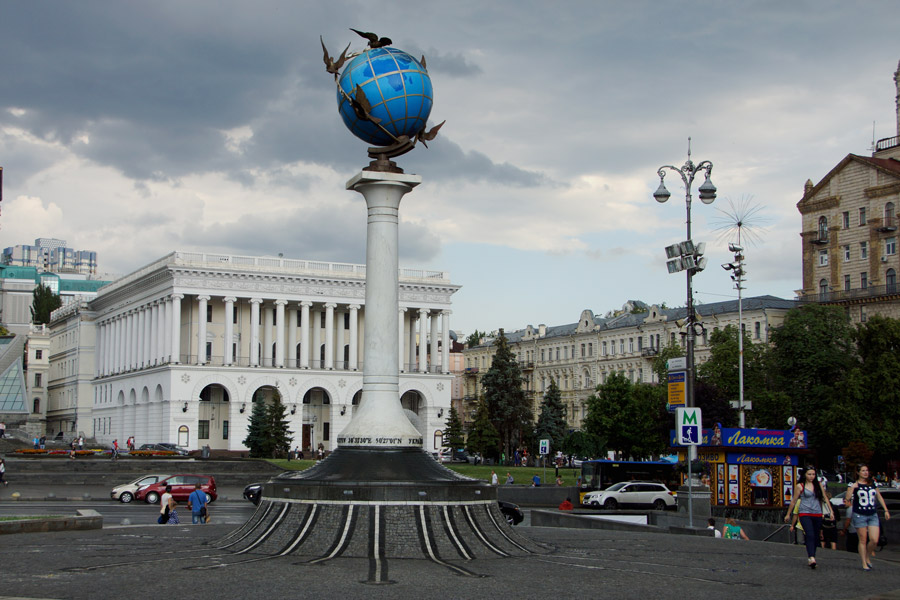 But the main structure in the square is a monument to the Independence of Ukraine. On the top of a white column you can see a statue of a Ukrainian girl in the traditional Ukrainian costume. She is stretching her hands with the snowball tree branch into the sky as if predicting the flourishing future of our country. Behind the monument there is a glazed pavilion. To the right of the column you can see an elegant building of the Conservatoire and to the left, on a hill, the Zhovtnevyi concert hall, which used to be an elite school for girls from Ukrainian noble families. 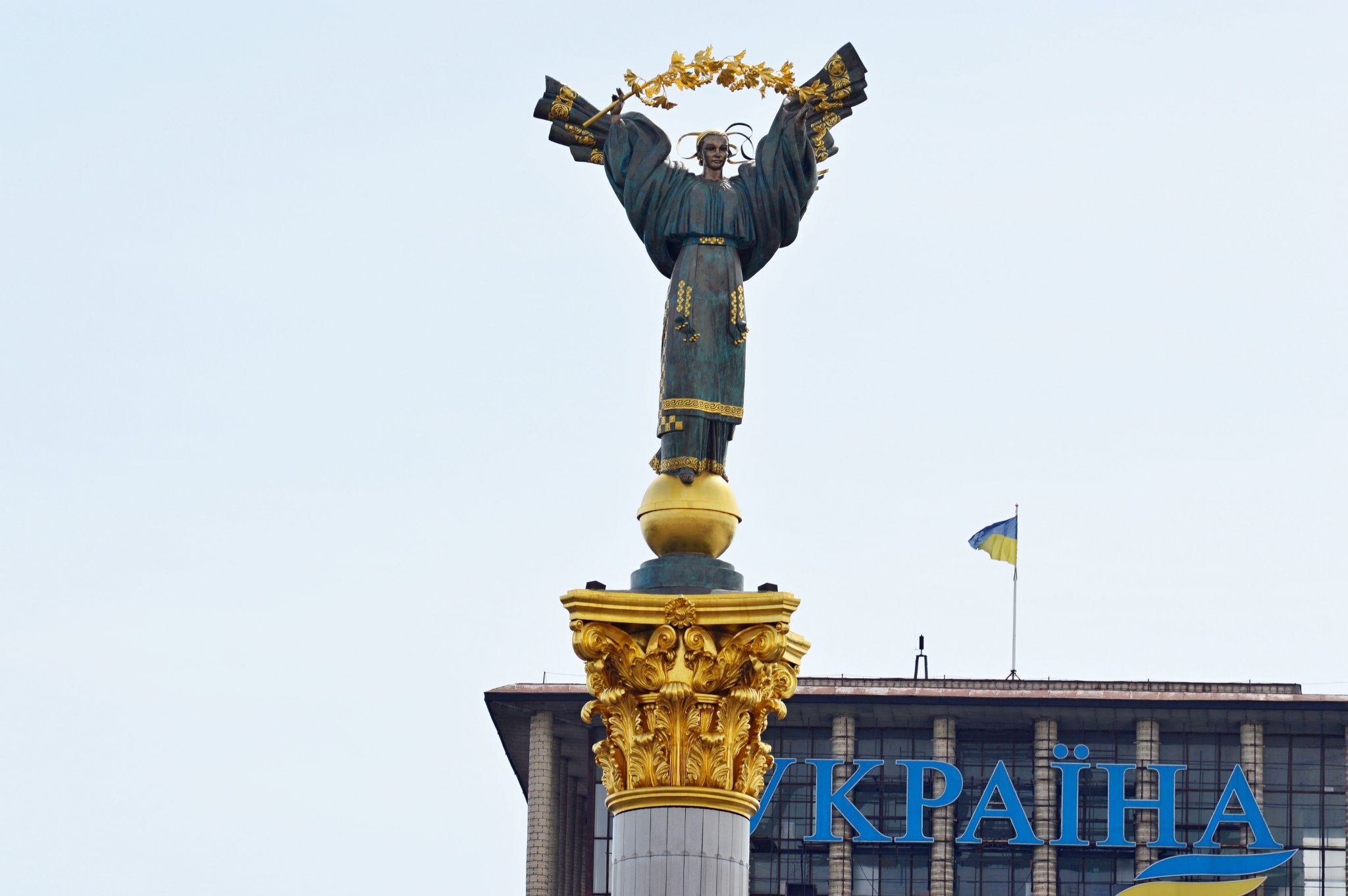 The square is the place where people of Ukraine can share the days of sunshine and shadow.

Since the start of Ukraine’s independence movement in 1990, the square has been the traditional place for political rallies, including four large-scale radical protest campaigns: the 1990 student “Revolution on Granite”,  the 2001 “Ukraine without Kuchma”, the 2004 Orange Revolution, and the 2013–14 Euromaidan, the Revolution of Dignity.

Maidan is also a regular site for non-political displays and events, however since 2014 most of them were moved to Sofiyivska Square or elsewhere, because making entertainment on a place where people were killed during Euromaidan was considered inappropriate.