Here you may find lots of fun facts about tulips.

Tulips can be divided into about 150 various species, but there are more than 3,000 naturally occurring and genetically cultivated varieties of the flower worldwide.

The word tulip is derived from a Persian word called delband, which means turban. It is generally believed that it was called this due to the turban-shaped nature of the flower. However, this might have been a translation error as it was fashionable to wear tulips on turbans at the time.

Tulips are perennials (a plant that lives for more than 2 years), they bloom in spring, usually for only 3-7 days.

Tulips grow from bulbs and being native to mountainous areas the tulip needs a period of cold dormancy, known as vernalization. So they should be planted in the fall (autumn) and thrive best in climates with cool springs and dry summers. 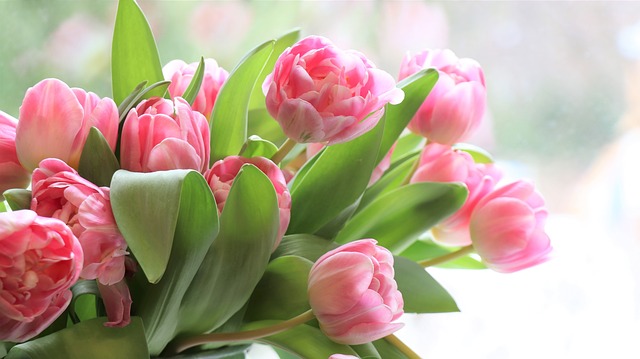 The tulip is usually sweetly scented and depending on the variety it can grow from a few inches to over two feet tall. The flower has a variety of shapes and it comes in most colors although there are no pure blue varieties.

Tulips normally have one flower per stem, however a few species have up to 4 flowers on a single stem.

Tulips are a part of the lily family.

Tulips originate from the Himalaya area, they were brought to Turkey from there. Around 1560 they
were brought from Turkey to the Holland.

The tulip is native to central Asia and eventually made its way to Turkey. But it was when the flower was first cultivated in the Netherlands that it really came to prominence. 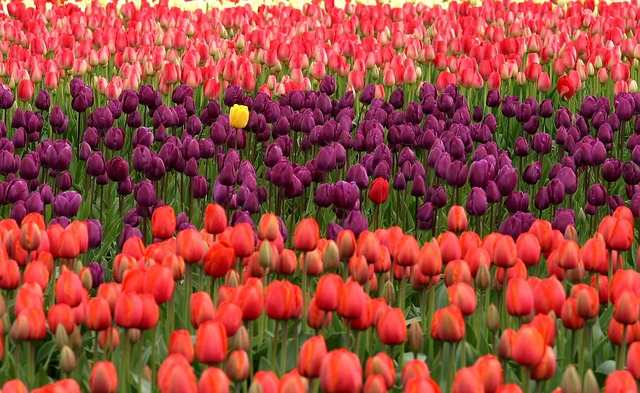 The Dutch obsession with tulips began with Flemish botanist Carolus Clusius. When he was made director of Leiden University’s new Hortus Botanicus (botanical garden) in 1593 he planted some of his own tulip bulbs. As a result, 1594 is considered the official date of tulips first blooming in Holland.

The tulip is usually sweetly scented and depending on the variety it can grow from a 5 centimeters (2 inches) to over 60 centimeters (2 feet) tall. The flower has a variety of shapes and it comes in most colors although there are no pure blue varieties.

The tulips are in third place in the row of most popular flowers.

On Valentines day the tulip is the second most popular flower to send (after the roses). 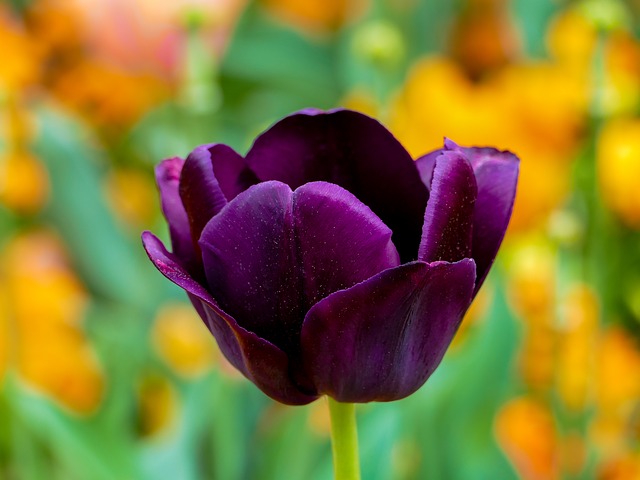 One of the most interesting colors of a tulip variety is the deep purple of the Queen of the Night tulip.

At one point in history, tulips were the most expensive flower. In fact, in period from 1634 to 1637 they caused what’s now known as “Tulip Mania”. In that time tulips were more valuable than most people’s homes, and cost almost ten times what an average working class man earned in a year.

Holland is the largest producer and exporter of tulips worldwide, growing and exporting nearly 3 billion bulbs each year.

The beautiful flowers are actually related to another popular spring flower: the lily.

Like many other flowers, tulips are edible! Tulip petals are actually able to be eaten, during the Dutch famine of 1944 in WWII people often had to resort to eating sugar beets and tulips.

Tulips started to become highly prized in Holland in the 1600s as some of Clusius unique tulip variations at Leiden became much sought after. 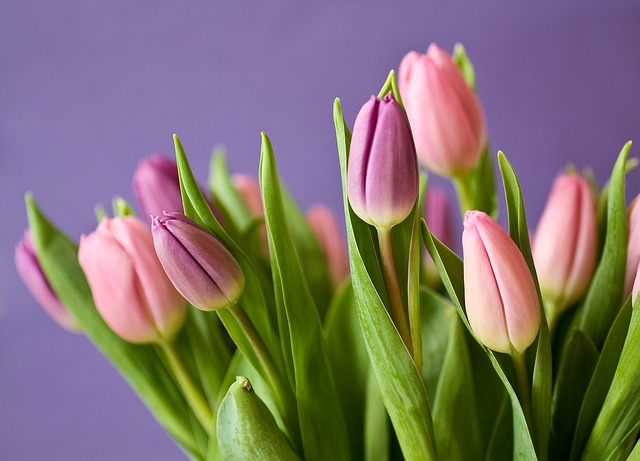 This led to a period from 1634 to 1637 known as “Tulip mania” when enthusiasm for the new flower started an economic frenzy and one of the world’s first ‘speculative bubbles’. The value of tulips shot up nearly overnight, they became the most expensive flower in the world, so expensive that they were treated as a form of currency.

At the peak of tulip mania certain bulbs were selling for 10 times more than the annual income of a skilled worker and a valuable tulip bulb could change hands up to ten times in a day. Tulip mania was short-lived though and the whole economy eventually crashed.

Today, the Netherlands is still the world’s main producer of commercially sold tulips, producing as many as 3 billion bulbs annually, mostly for export. 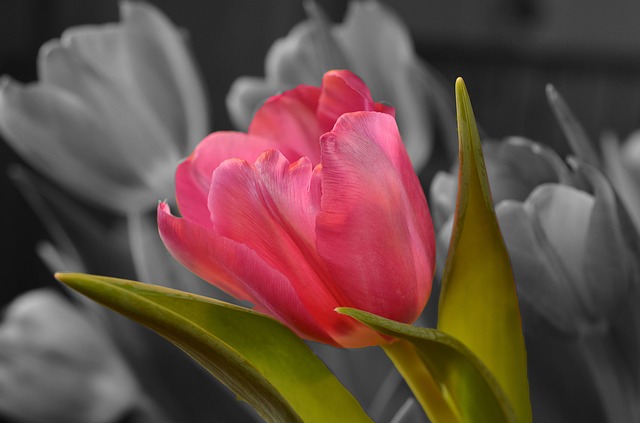 The tulip is the national flower or Turkey and Afghanistan.

Tulips still grow after they are cut and they continue to bloom 3 to 7 days in a vase.

Do you know any other fun facts about tulips?