The History of Kyiv

The History of Kyiv

Read about the history of Kyiv

The history of Kyiv is very interesting. Kyiv, like Rome, gets its name from a character in a legend – Rome comes from Romulas and Kyiv comes from Kyi. Kyi was one of four siblings. The legend says that in the fifth century, a family of three brothers and a sister – Kyi, Shchek, Khoryv and Lubid – started a settlement on the banks of the River Dnieper.

The question is, were these siblings real people? Archaeologists know people lived in the area in the sixth century and earlier, so some people think they were real. Other people think that they were mythical. They say the names of the brothers and a sister come from geographical features. For example, they think that ‘Kyi’ means ‘high river bank’. The other brothers’ names, Shchrek and Khoryv, are similar to the names of nearby mountains: Mount Shchekavytsia and Mount Khoryvytsia. The sister`s name, Lybid, comes from the River Lybid which is south of Kyiv. 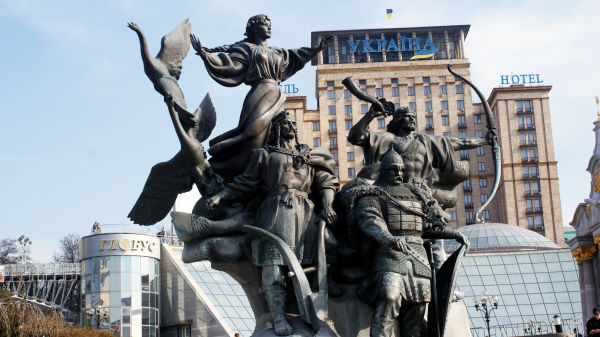 The Golden Age of Kyiv

The golden age of Kyiv was from the tenth to twelfth centuries, when it was a centre of the Kyivan Rus – a state of several Slavic tribes. The city was on trade routes between the Baltic Sea, Constantinople and the area north- east of the Black Sea. It became a very important city in Europe.

The period between the twelfth and nineteenth centuries saw the borders of European countries change many times, and with each change, new people came to Kyiv: Tartars, Lithuanians, Poles and Russians.

Kyiv in the 20th Century

In the twentieth century, fighting in World War II badly damaged the city, but when the war ended, restoration started. Kyiv became an important centre for industry. Lots of people moved to the city from other parts of the country. Kyiv changed a lot in the twentieth century, but it has still got many historic buildings, and the surrounding hills make it a pleasant city to live in.

Complete the sentences with the words: