Kyiv, One of the Most Beautiful Cities in the World

Kyiv, One of the Most Beautiful Cities in the World

Read the text about Kyiv, one of the most beautiful cities in the world and find out:

Kyiv is considered one of the largest and most beautiful cities in the world. Its history goes back to the remote past. According to the historiography Kyiv was founded in the latter half of the 5th  or the early 6th century.

A well-known legend which came to us, says that the founders of the city were three brothers Kyi, Shchek and Khoriv. So the city got its name after the eldest brother Kyi. 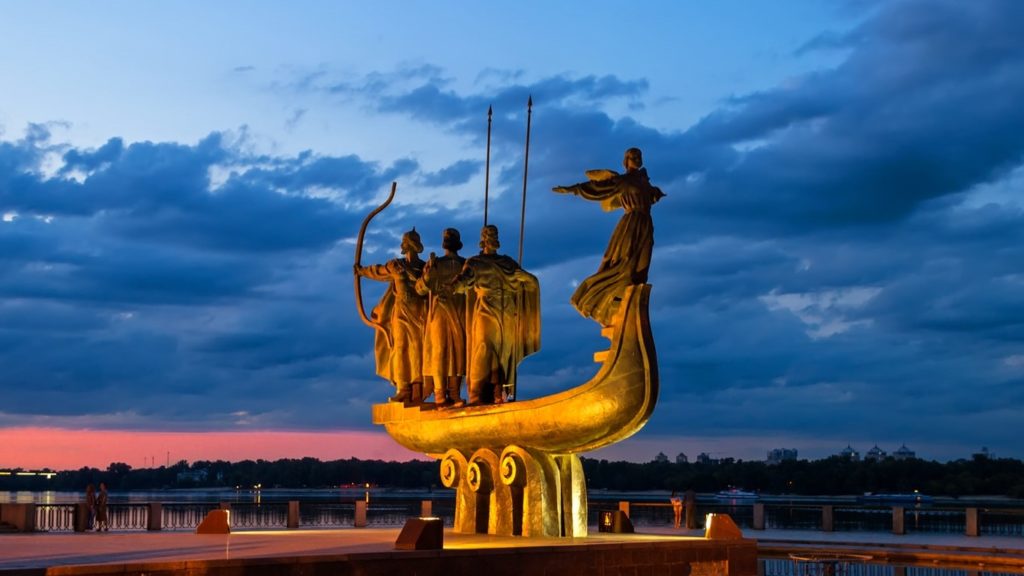 With the foundation of Kyivan Rus Kyiv became its capital.

Centuries passed over it and left their mark here.

The city saw the great Tatar invasion, which swept across the Ukrainian lands, came under Polish and Lithuanian rule, suffered greatly during the Great Patriotic War. But nothing could wipe the city off the face of the earth.

Nowadays Kyiv is not only the capital of Ukraine, it is a cultural, scientific, administrative and industrial centre.

Kyiv stretches on the high hills along the Dnipro rivaling to be one of the oldest and most charming cities of the world. With its abundant greenery and chestnut trees it looks like a huge park.

The main street is Khreshchatyk. The street is only one kilometer long but it is very impressive. Besides government offices and administrative buildings you can see large cinemas, restaurants, shops and cafeterias.

From its past the city inherited a great number of historical monuments. Among them are Saint Volodymyr’s Cathedral, Sophia’s Cathedral, Saint Andrew’s Church, Kyiv-Pecherska Lavra, which remind people that Kyiv has always been the centre of Slavic culture and Orthodox Church.

The city has many museums: the Natural History Museum, the Museum of Historical Treasures, the Ukrainian Art Museum, the Museum of Western and Oriental Art, and the Ukrainian Museum of Folk Architecture and Ethnography. The museums can boast of their wonderful collections. Kyiv is proud of the Shevchenko Opera and Ballet Theatre, the Lesia Ukrainka Drama Theatre, the Theatre of Musical Comedy, the Conservatoire etc.

Kyiv is a busy industrial city with numerous enterprises.

Not only inhabitants of Kyiv but all citizens of Ukraine are proud of their capital. 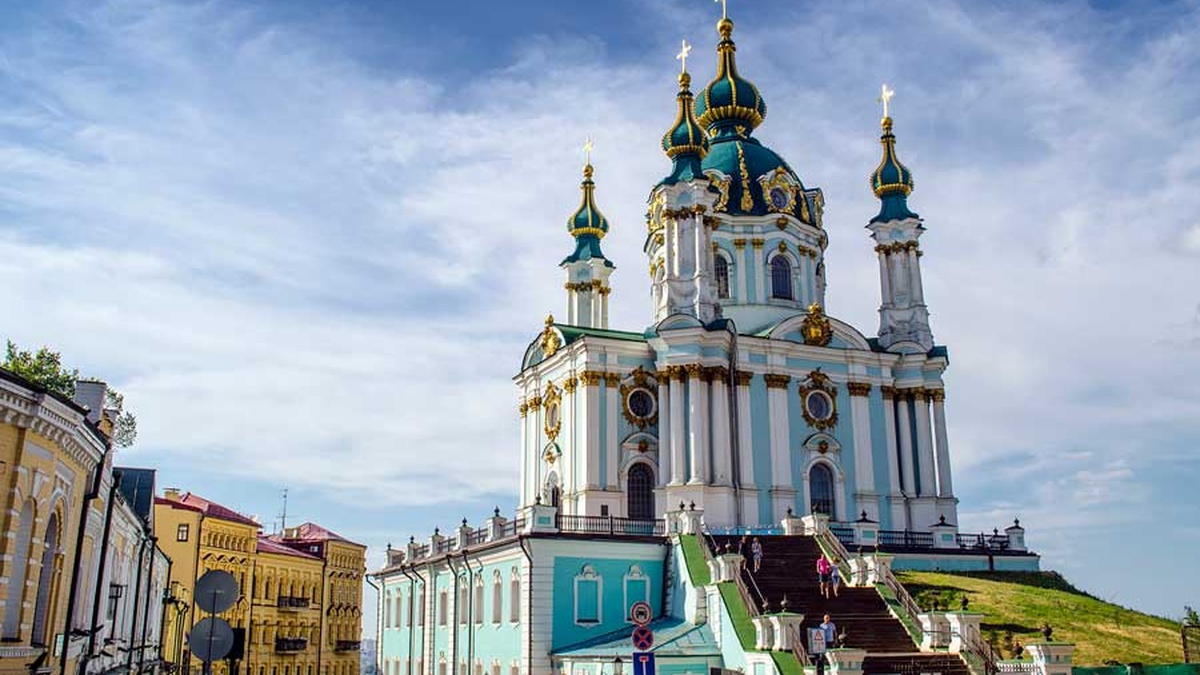 Read this summary of the text. There are some mistakes in it. Say if the sentences are true or false. 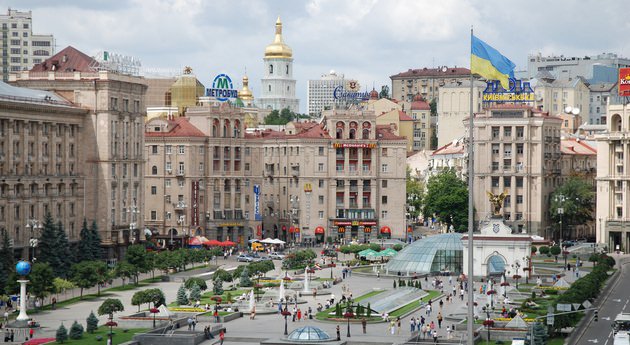 Complete this letter. Use the words from the text.

So we are having a lovely time.

See you when I get back. Miss you.

Tell about your visit to Kyiv, one of the most beautiful cities in the world.