How to report Wh-questions

When we report a Wh-question, we use reporting verbs like asked, wondered, wanted to know or enquired.

When there is a question word (what, where, why, who, when, how) we use that question word in the reported question but there is no auxiliary verb and the word order is like an affirmative sentence. 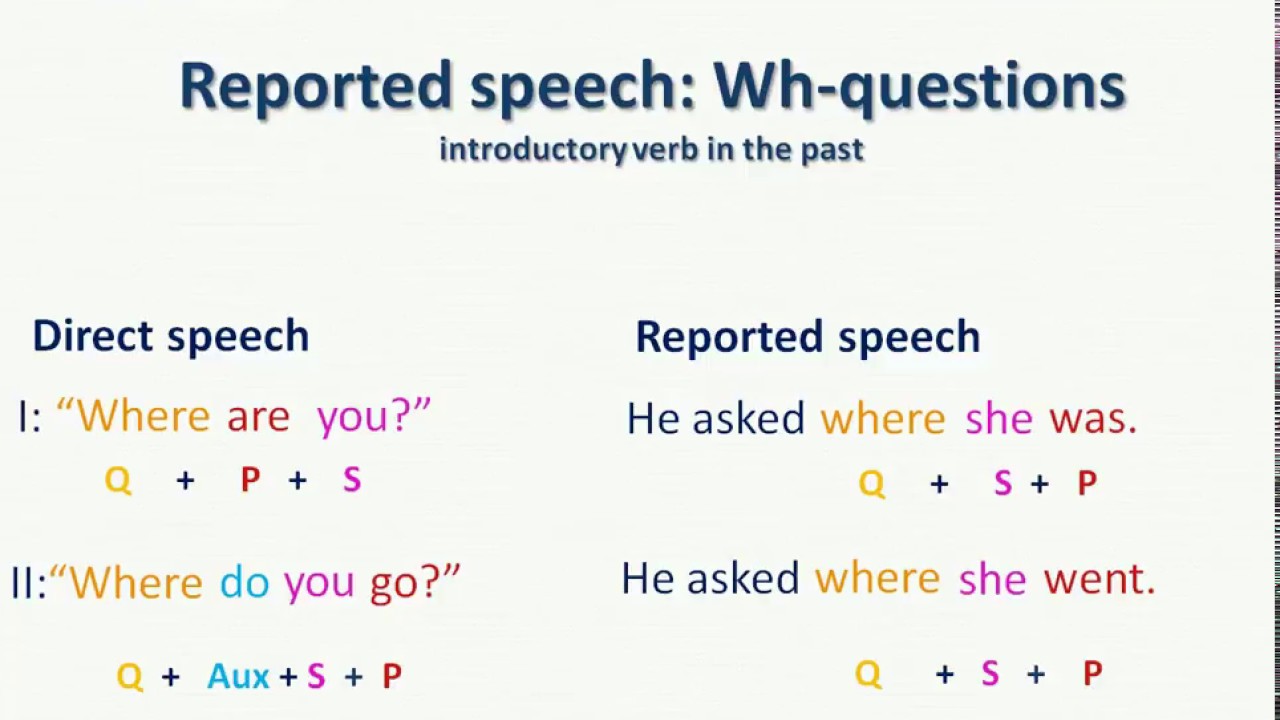 Exercise 2. Make these questions indirect by including them into a statement, request or a question. Begin your sentences with: I wonder… , I’d like to know…, Please, tell me…, Do you know…, Can you tell me….

Report the question and give the answer if you can.

Example: Who wrote the story? – You wanted to know who had written the story. It was written by Mark Twain.

Exercise 4. Report Mary’s questions and your answers to them.