O. Henry was an American writer whose short stories are known for wit, wordplay and clever twist endings. He wrote nearly 600 stories about life in America.

He was born William Sidney Porter on September 11, 1862, in Greensboro, North Carolina. His father, Algernon Sidney Porter, was a medical doctor. When William was three his mother died and he was raised by his grandmother and aunt. He left school at the age of 15 and then had a number of jobs, including bank clerk.

In 1896 he was accused of embezzlement. He absconded from the law to New Orleans and later fled to Honduras. When he learned that his wife was dying, he returned to US and surrendered to police. Although there has been much debate over his actual guilt, he was convicted of embezzling funds from the bank that employed him, he was sentenced to 5 years in jail. In 1898 he was sent to the penitentiary at Columbus, Ohio.

O. Henry was always a lover of classic literature, and while pursuing his many ventures, O. Henry had begun writing as a hobby. While in prison he began writing short stories in order to support his young daughter Margaret. 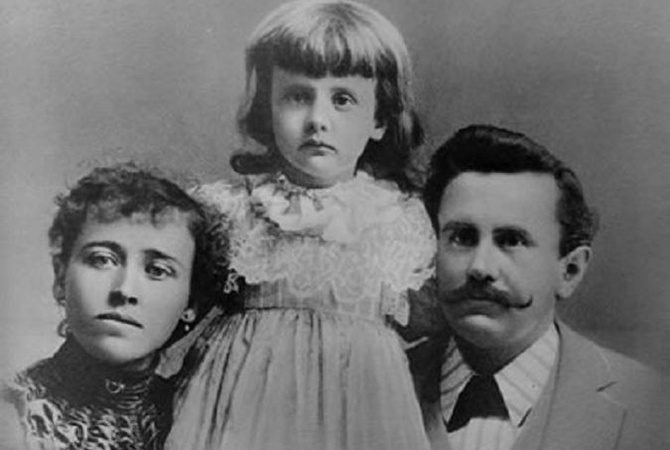 His first published story was “Whistling Dick’s Christmas Stocking” (1899). He used a pseudonym, Olivier Henry, only once and changed his pen name to O. Henry, not wanting his readers to know he was in jail. He published 12 stories while in prison. After serving 3 years of the five-year sentence, he was released for good behavior.

He moved to New York City in 1902 and wrote a story a week for the New York World, and also for other publishers. His first collection of stories was “Cabbages and Kings” (1904). The next collection, “The Four Million” (1906), included his well-known stories “The Gift of the Magi“, “The Skylight Room” and “The Green Door“. One of his last stories, “The Ransom of Red Chief” (1910), is perhaps the best known of his works.

In his lifetime O. Henry was able to see the silent film adaptations of his stories. His success brought the attendant pressure, and he suffered from alcohol addiction. His second marriage lasted 2 years, and his wife left him in 1909. He died of cirrhosis of the liver, on June 5, 1910.

Henry’s trademark is his witty, plot-twisting endings, and his warm characterization of the awkward and difficult situations and the creative ways people find to resolve them.

His most famous short story, The Gift of the Magi,  epitomizes his style. It’s about a young married couple, short on money, who wish to buy each other Christmas gifts. That problem – their lack of funds – finds a famously endearing and ironic resolution.

The Cop and the Anthem is about A New York City hobo with a creative solution for dealing with the cold city streets during winter.

The Ransom of Red Chief is a story about two hapless kidnappers who snatch a heinous boy whose menacing ways turn the tables on them.

O’Henry was a gifted short story writer and left us a rich legacy of great stories to enjoy. All of his stories are highly entertaining, whether read for pleasure or studied in classrooms around the world.