Read and speak about Lesia Ukrainka

Lesia Ukrainka is one of Ukrainian literature’s foremost writers, best known for her poems and plays. She also was an active political, civil and feminist acitivist.

Lesia Ukrainka was born on 25 February 1871 in Novohrad-Volynsky, and was the second child in the family. Her father, Petro Antonovych Kosach, was a progressive person for his time. He graduated fom the Universities in St. Petersburg and Kyiv and became a lawyer. Her mother was a famous Ukrainian writer Olena Pchilka. She belonged to an old family of Drahomanovs whose ancestor served in the army of Bohdan Khmelnytsky.

Lesia spent her childhood in the village of Kolodiazhne (Volyn region). She was a weak child.

Lesia had grown up speaking Ukrainian at home but found that she had a gift for linguistics, mastering European languages including English and Italian as well as Slavic languages such as Polish and Bulgarian. She read the works of world writers in their languages for self-education (she couldn’t go to school because of her illness)., made translations from German, French, English, Italian, Polish.

In 1881 when she lived in Lutsk the doctors diagnosed her disease as tuberculosis of bones. It meant that her dream to be a pianist was ruined. In 1883 she was operated on her left hand and couldn’t play the piano. All her life the illness drove her from clinic to clinic, from country to country. She was in the Crimea, Georgia, Austria (Vienna), Germany (Berlin), Italy, Egypt. Unlike other people, who travelled to see exotic lands, Lesia Ukrainka took her foreign trips as a bitter necessity.

She lived in dark years of tzarist social and national oppression and took after her father who was fond of revolutionary ideas. She believed in freedom for her people. 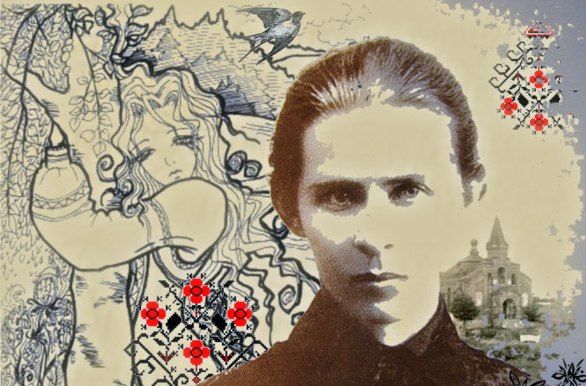 In 1897 in the Crimea Lesia made acquaintance with Merzhynsky, a revolutionary. Soon they married. But he suffered from tuberculosis too. Some years later he died; it was a big shock for Lesia. After some years Kliment Kvitka, a writer, became her second husband.

Lesia Ukrainka is not a real name of the greatest poet. She signed her verses Lesia Ukrainka, affirming her love and affection for her country and the spirit of its people. Under this penname Larysa Kosach entered the world of literature and became known as a famous poet.

Her character and views were formed under the influence of folk traditions and cultural progressive-minded intelligentsia, frequent visitors at the house. The Kosach family had close ties with Lesia’s uncle Mykola Drahomanov, who encouraged Lesia to study Ukrainian folk songs and folk stories. She was influenced by the well-known composer Mykola Lysenko and the famous Ukrainian dramatist and poet Mykhailo Starytskyi, who was one of the founders and leading figures of the Ukrainian theatre.

When Lesia was nine, her aunt, a member of the natonal liberation movement, was exiled to Siberia. Lesia responded to this dramatic family event by writing her first poem “Hope”. From that time Lesia Ukrainka constantly raised her voice in defence of human dignity. 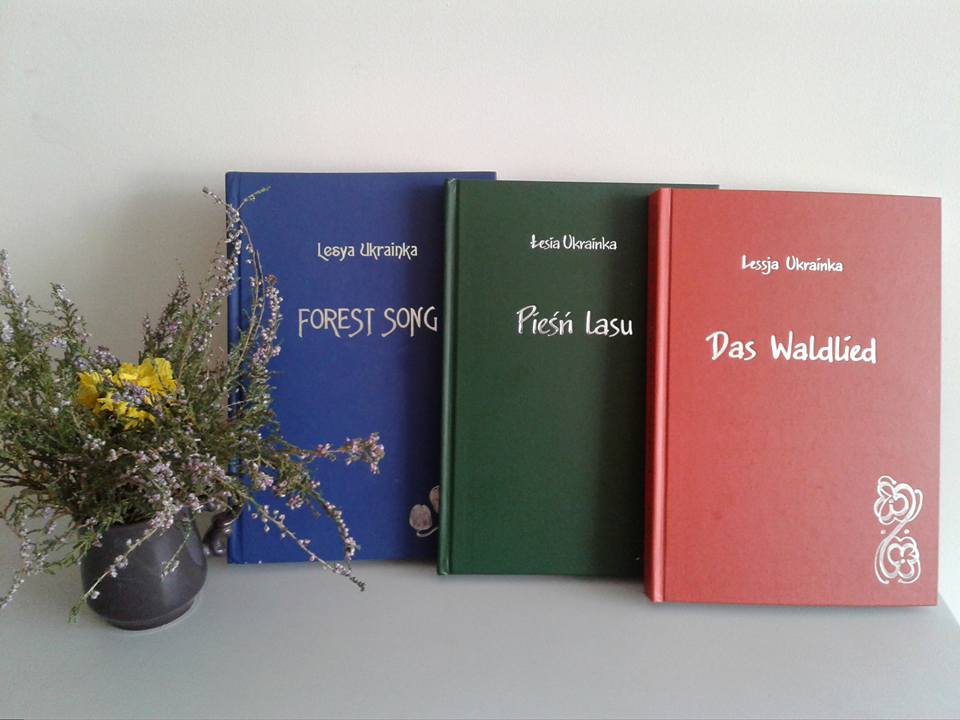 Lesia Ukrainka wanted her people to learn the world culture. She thoroughly arranged a list for a World Library Series aimed at Ukrainian readers and their education. She translated about ninety poems by Heinrich Heine, Gerbart Mauptmann’s drama “Weavers”, works by Shiller and Goethe, Byron and Shakespeare.

Lesia Ukainka died in 1913 in Georgia in the town of Surami while staying at a Georgian health resort.  She was 42 years old. She was buried in Kyiv. Maksym Rylsky put all her life journey in one word – struggle. Lesia’s voice was heard outside of Ukraine in her works, which were translated into many languages.