Would you like to know how Americans celebrate Saint Valentine’s Day?

St. Valentine’s Day has roots in several different legends that have found their way to us through the ages. One of the earliest popular symbols of the day is Cupid, the Roman god of love, who is represented by the image of a young boy with bow and arrow.

Three hundred years after the death of Jesus Christ, the Roman emperors still demanded that everyone believe in the Roman gods. Valentine, a Christian priest, had been thrown in prison for his teachings. On February 14, Valentine was beheaded, not only because he was a Christian, but also because he had performed a miracle. He supposedly cured the jailer’s daughter of her blindness. The night before he was executed, he wrote the jailer’s daughter a farewell letter, signing it “From Your Valentine.” Another legend tells us that this same Valentine, well-loved by all, received notes to his jail cell from children and friends who missed him.

Another Valentine was an Italian bishop who lived at about the same time, AD 200. He was imprisoned because he secretly married couples, contrary to the laws of the Roman emperor. Some legends say he was burned at the stake.

February 14 was also a Roman holiday, held in honor of a goddess. Young men randomly chose the name of a young girl to escort to the festivities. The custom of choosing a sweetheart on this date spread through Europe in the Middle Ages, and then to the early American colonies. Throughout the ages, people also believed that birds picked their mates on February 14!

In AD 496 Sain Pope Gelasius I named February 14 as “Valentine’s Day”. Although it’s not an official holiday, most Americans observe this day. 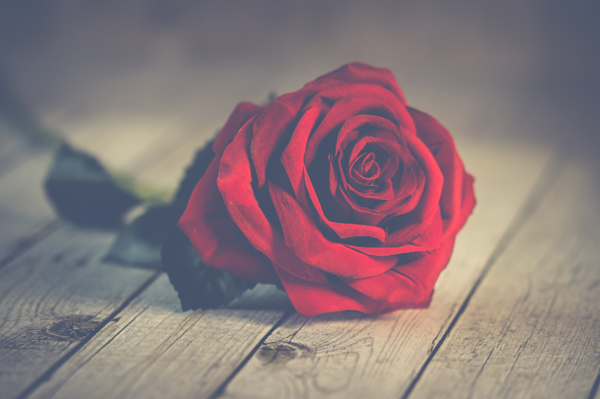 A Day for Sweethearts

Whatever the odd mixture of origins, St. Valentine’s Day is now a day for sweethearts. It is the day that you show your friend or loved one that you care. You can send candy to someone you think is special. Or you can send roses, the flower of love. Most people send “valentines,” a greeting card named after the notes that St. Valentine received in jail. Valentines can be sentimental, romantic and heartfelt. They can be funny and friendly. If the sender is shy, valentines can be anonymous.

Americans of all ages love to send and receive valentines. Handmade valentines created by cutting hearts out of colored paper, show that a lot of thought was put into making them personal. Valentines can be heart-shaped, or have hearts, the symbol of love, on them. In elementary schools children make valentines for their classmates and put them in a large decorated box, similar to a mailbox. On February 14, the teacher opens the box and distributes the valentines to each student. After the students read their valentines they have a small party with refreshments.

For teenagers and adults, major newspapers throughout the country have a Valentine’s Day offer. Anyone can send in a message, for a small fee of course, destined for a would-be sweetheart, a good friend, an acquaintance or even a spouse of fifty years. The message is printed in a special section of the newspaper on February 14.