Read lots of interesting facts about kiwi, which is New Zealand national bird.

The small, isolated island of  New Zealand is home to many unusual animals, including the kiwi. These small birds are the national bird of New Zealand and this is the only place in the world you’ll find them, outside of zoos.

The kiwi is an icon of New Zealand, and the association is so strong that the term Kiwi is used internationally as the colloquial demonym for New Zealanders.

The kiwi is thought to be the world’s most ancient bird, evolving over 30 million years ago.

Kiwis have very long beaks. The beaks have nostrils at the tip, which help the birds find food. Kiwis have wings, but they are so small that the birds can’t fly. Its wings are only about 3 cm (1 in) long and are useless, completely hidden under the feathers. Because kiwi can’t fly, they are easily hunted by cats, stoats and dogs. Kiwis have strong legs that are used for running and fighting and they will scratch, kick or run away from predators. Kiwis have a strong, musty smell. Predators can smell them from faraway. Kiwis have brown feathers that are more like hair than real feathers. Kiwis are almost blind. 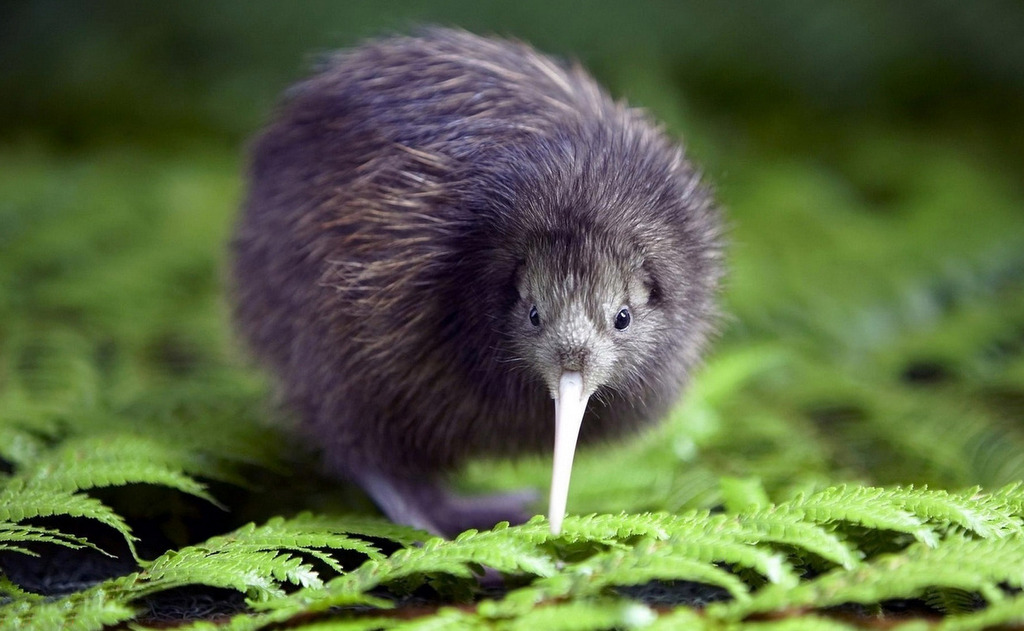 These small birds are nocturnal. They sleep in burrows under the ground or old logs during the day. They may sleep up to 20 hours a day.

The kiwis eat worms, spiders and other bugs.

To keep track of each other in the dark, kiwis can shriek loudly, a half scream, half whistle that also serves to scare others away. This cry sounds like “kee-wee, kee-wee,” which is how the bird got its name.

Kiwis are about the size of a  chicken. They lay huge eggs, though.  Kiwi moms are basically superheroes. They lay an egg weighing up to half a kilo, huge in relation to her size (about 20% of her body weight), but having performed that mighty feat leaves the male to hatch it while she guards the burrow. When the kiwi hatches, it associates with its father, completely ignoring its mother. When the chicks hatch, they can hunt for their own food. 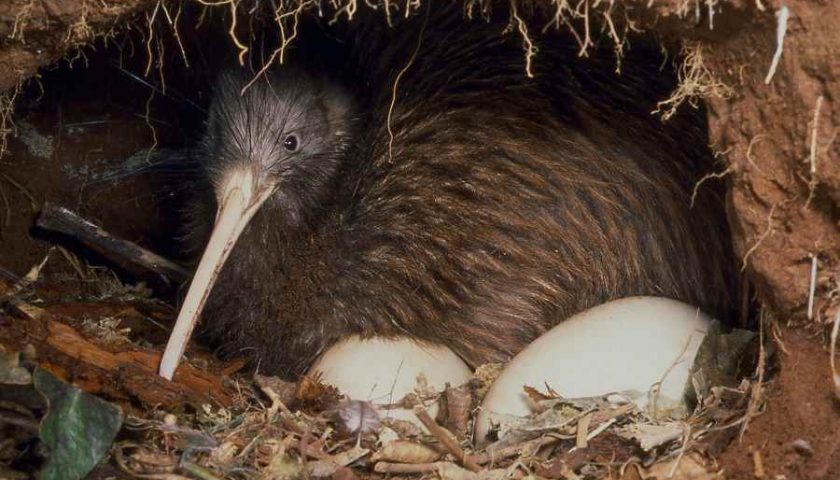 Once bonded, a male and female kiwi tend to live their entire lives as a monogamous couple.

Kiwis, national New Zealand birds have been negatively affected by historic deforestation but currently the remaining large areas of their forest habitat are well protected in reserves and national parks. The kiwi is a threatened species but it is not endangered.