Squash, One of the Healthiest Sports

Squash, One of the Healthiest Sports

Have you ever played squash?

Squash was recently rated as the number one healthiest sport in the world by the highly credited Forbes Magazine which rated sports on their levels of fitness, speed, flexibility, risk of injury and strength.

The Game of Squash

Squash is a sport in which two players hit a ball with a racket. The aim of the game is to beat the other player by hitting the front wall and making the ball bounce twice on the floor before they can hit their turn, or for them to hit the ball out of play.

The ball is made of rubber. It is hollow. When it is warm it bounces more. Balls are marked with different coloured dots. They are made to bounce at different speeds depending on the colour of the dots. Balls with yellow dots are slow. Balls with green or white dots are average. Balls with red dots are fast.

The racket is similar to a tennis racket, but it’s lighter and smaller. 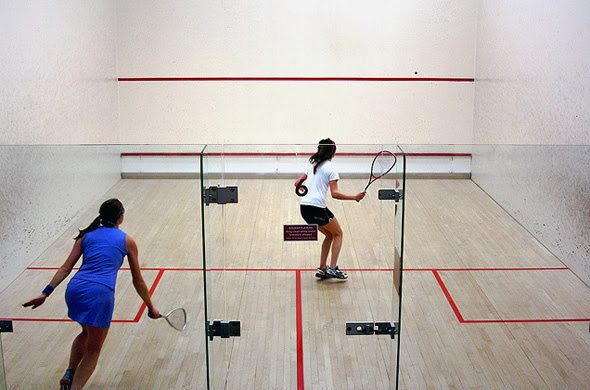