Speak about your favourite sportsman

Elina Svitolina is a Ukrainian tennis player. She is number 1 tennis player in Ukraine and number 5 in the world.

Elina Svitolina was born on the 12th of September, 1994 in Odessa to parents Mikhaylo Svitolin (a former wrestler) and Olena Svitolina (a former competitive rower). She has an older brother Yulian.

She started playing tennis when she was 4 years old due to her brother being a professional player. Svitolina got interested in the game because she wanted to be better than her brother.

Svitolina and her family moved to Kharkiv when she was 13 years old, after businessman Yuriy Sapronov had become her sponsor. Sapronov had seen her play at one of his children’s tournaments when she was aged 12 and was impressed, leading to his investment in her training and further professional development.

Having turned professional in 2010, Elina reached her career-high ranking of world No. 3 on 11 September 2017.

In February 2017, after winning the title in Dubai, Svitolina made history by becoming the first Ukrainian woman to break into the top 10 rankings.

Svitolina officially still resides in Kharkiv; however, she trains abroad, which limits her presence in Odessa and Kharkiv. 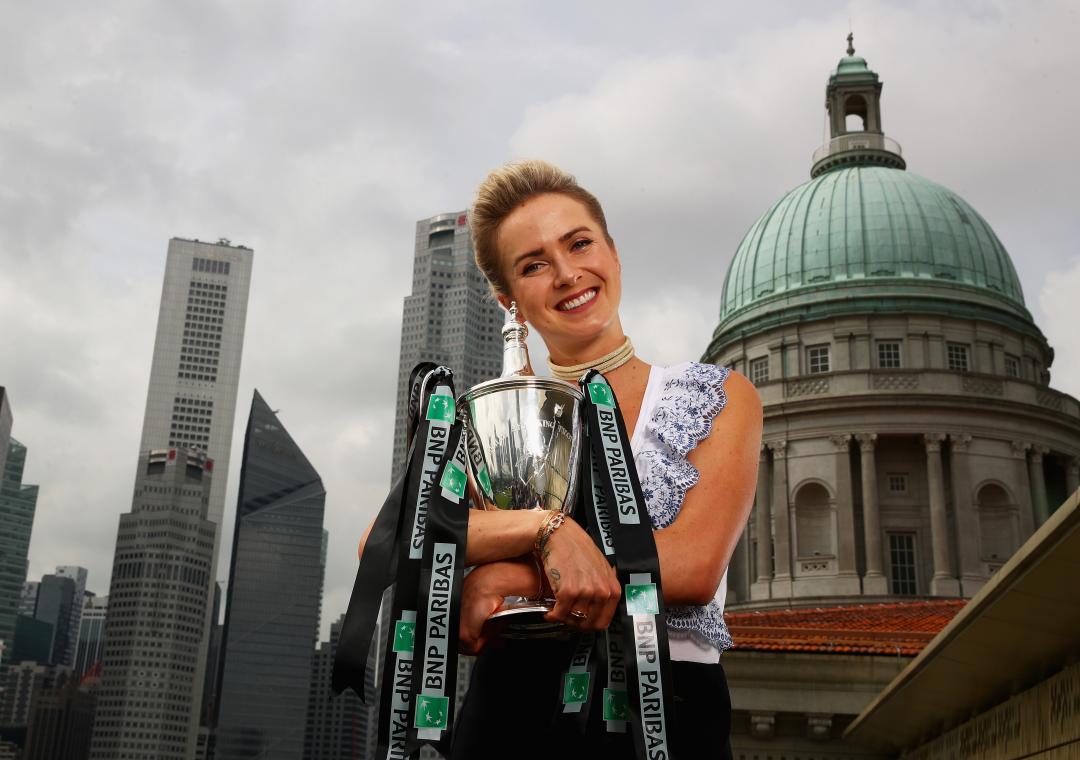 Svitolina’s favorite surfaces to play on are hard and clay.

Her favorite food is Chinese.

Her favorite musical artist is Eminem.

Her favorite players are Andre Agassi because of his playing style and Roger Federer. She also admires Serena Williams’ serve.