Oleksandr Usyk is my favourite sportsman.

He is a prominent professional boxer from Ukraine, WBO world champion, Olympic Champion, Honored Master of Sports of Ukraine. He is the only boxer to hold all four cruiserweight titles.

Oleksandr Usyk was born on 17th January 1987 in Simferopol, Crimea. Since the young age, Usyk showed interest in active leisure and attended classes of folk dancing, football and judo. He played football until he was 15. He played association football and was trained at the SC Tavriya Simferopol specialized sports school of Olympic reserve. He took up boxing at 15.

He began his amateur boxing career in 2006 at European Championships, where he took the third place. In 2008 in Liverpool Usyk defeated all his opponents and won the gold medal. But he achieved his real success at the Olympic Games in 2012, London, when he beat three serious boxers from Russia, Bulgaria and Italy and won the Olympic gold medal.

Summing up all professional Usyk’s fights he had 11 wins and no losses. 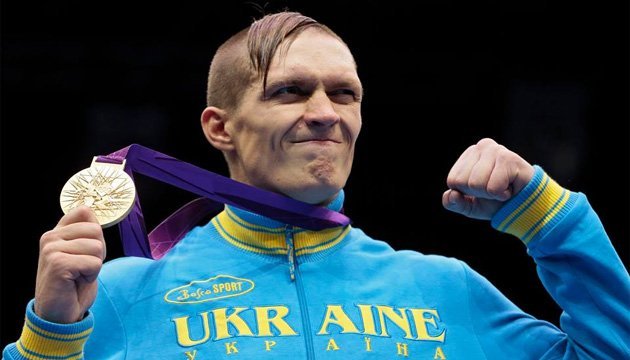