Ukrainian Unity Day is an observance and not an official public holiday in Ukraine. Businesses have normal opening hours.

Historically, up until 1919, these territories – Ukraine’s People Republic and West Ukrainian People Republic – belonged to different empires. The agreement was aimed at creating a unified Ukrainian state, a movement long awaited by the intelligentsia on both sides.  «The territory of Ukraine, divided over the centuries, including Galicia, Bukovyna, Carpathian Ruthenia, and Dnieper Ukraine will now become a great-united Ukraine. Dreams, for which the best sons of Ukraine fought and died for, have come true», – was written in the text of the universal made by the Directorate of the Ukrainian People’s Republic.

To mark the 71st anniversary of the signing of the Act Zluky in 1990, over 300,000 Ukrainians created a human chain (approx. 482 km ) from Ukrainian capital Kiev to the western Ukrainian city of Lviv on January 21, 1990. Also, for the first time since the period of the Ukrainian People’s Republic, the blue and yellow national flag was raised. 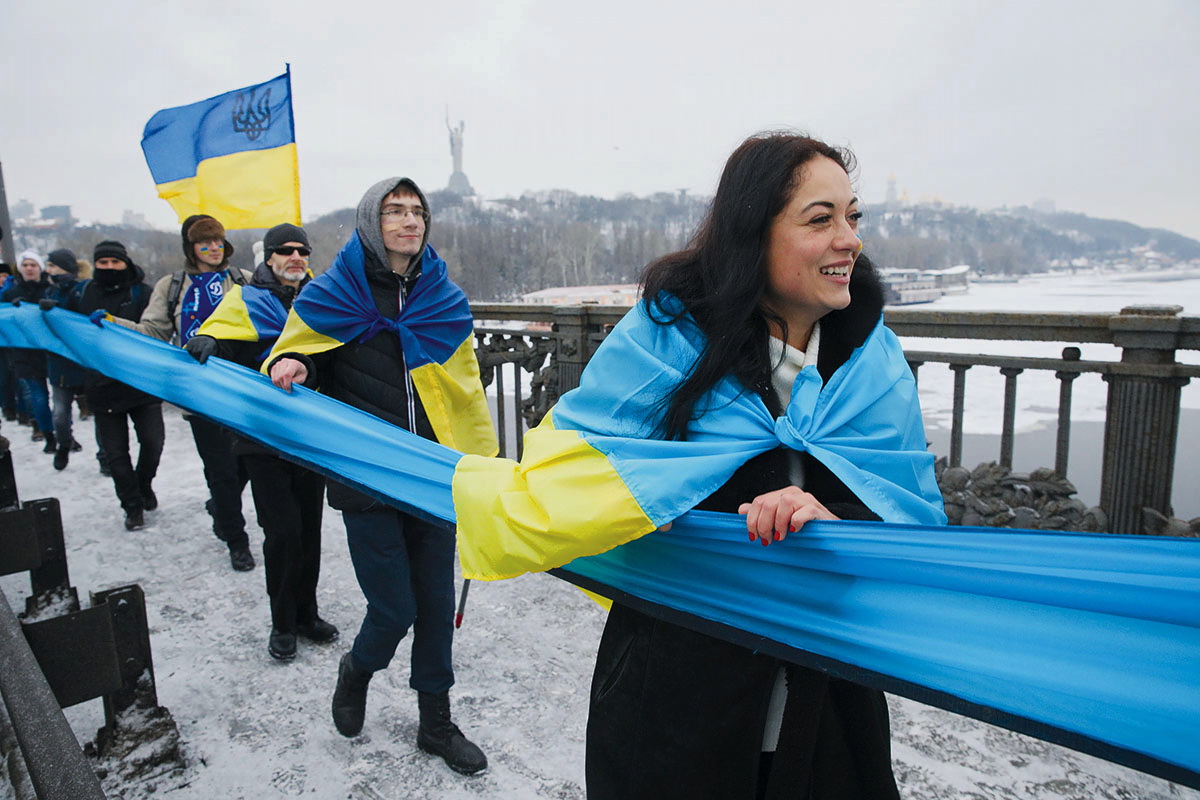 This year Ukrainians formed a human chain across the Dnipro River on Kyiv’s Paton Bridge to celebrate Unity Day.

Similar acts have been staged across Ukraine for the past 11 years.