Smoking should not be allowed in public places. Are you for or against?

In some countries people are no longer allowed to smoke in many public places and office buildings. Do you think it is a good or a bad rule?

Medical studies have shown that smoking not only leads to health problems for the smoker, but also for people close by. As a result of this, many believe that smoking should not be allowed in public places. Although there are arguments on both sides, I strongly agree that a ban is the most appropriate course of action.

Opponents of such a ban argue against it for several reasons. Firstly, they say that passive smokers make the choice to breathe in other people’s smoke by going to places where it is allowed. If they would prefer not to smoke passively, then they do not need to visit places where smoking is permitted. In addition, they believe a ban would possibly drive many bars and pubs out of business as smokers would not go there anymore. They also argue it is a matter of freedom of choice. Smoking is not against the law, so individuals should have the freedom to smoke where they wish. 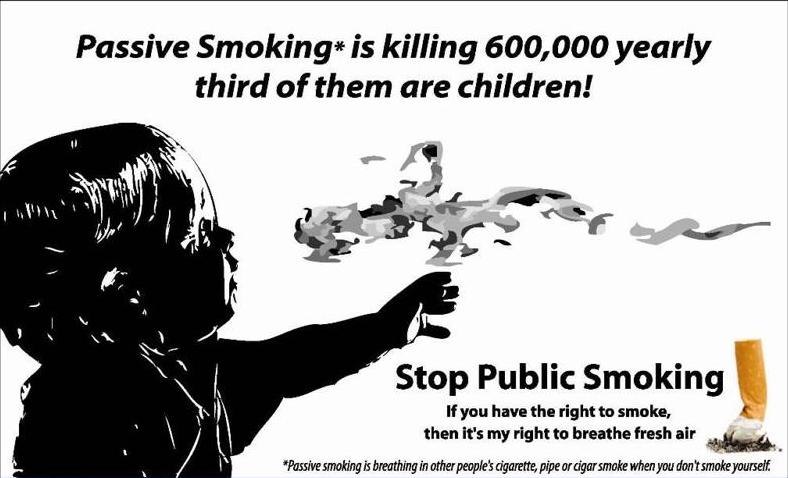 However, there are more convincing arguments in favour of a ban. First and foremost, it has been proven that tobacco consists of carcinogenic compounds which cause serious harm to a person’s health, not only the smoker. Anyone around them can develop cancers of the lungs, mouth and throat. It is simply not fair to impose this upon another person. It is also the case that people’s health is more important than businesses. In any case, pubs, restaurants and office buildings could adapt to a ban by, for example, allowing smoking areas .

In conclusion, it is clear that it should be made illegal to smoke in public places. This would improve the health of thousands of people.