New Year Celebrations in the USA

New Year Celebrations in the USA

Learn about New Year celebrations in the United States.

“Ring out the old, ring in the new,” wrote Alfred Lord Tennyson, the nineteenth century English poet.  And that’s exactly what    Americans do every December 31.  New Year’s Eve is a time for merriment.  At midnight bells ring, horns blow, and friends exchange kisses.  Everyone stays up late to celebrate the arrival of another year.  At home or in restaurants most Americans spend the final hours of the old year and the first hours of the New Year drinking and dining with friends.  One popular New Year’s Eve drink is eggnog, a thick, yellow concoction made with eggs, milk or cream, and sugar. Champagne – the drink that traditionally symbolized the celebration – is often served for the midnight toast on New Year’s Eve.

One of the noisiest and most crowded of New Year’s Eve celebrations takes place in New York City at Times Square.  Thousands of New Yorkers gather there, and millions of Americans across the country join them via TV.

After the New Year officially arrives, most partygoers enjoy a hearty snack.  New Year’s Eve festivities often continue until two or three o’clock in the morning.  Many people travel from one party to another to celebrate with several groups of friends. Following a long, hectic New Year’s Eve, Americans spend a quiet, leisurely New Year’s Day.  In most households, everyone sleeps late, often enjoys brunch and TV with the family and friends.

The Mummer’s Parade in Philadelphia

Two famous New Year’s Day festivals are televised for national viewing:  the Tournament of Roses and the Mummer’s Parade.  Both of these events have been American traditions for more than half a century. The Mummer’s Parade, which takes place in Philadelphia, is a ten-hour spectacle.  It was introduced in the United States by Swedish immigrants.  The Mummer’s Parade is colorful and high spirited.  The men dress in lavish costumes.  Some impersonate women since no women are allowed to participate.  There are clowns, musicians, dancers, and floats – all led by Mummer King dressed in gleaming satin. 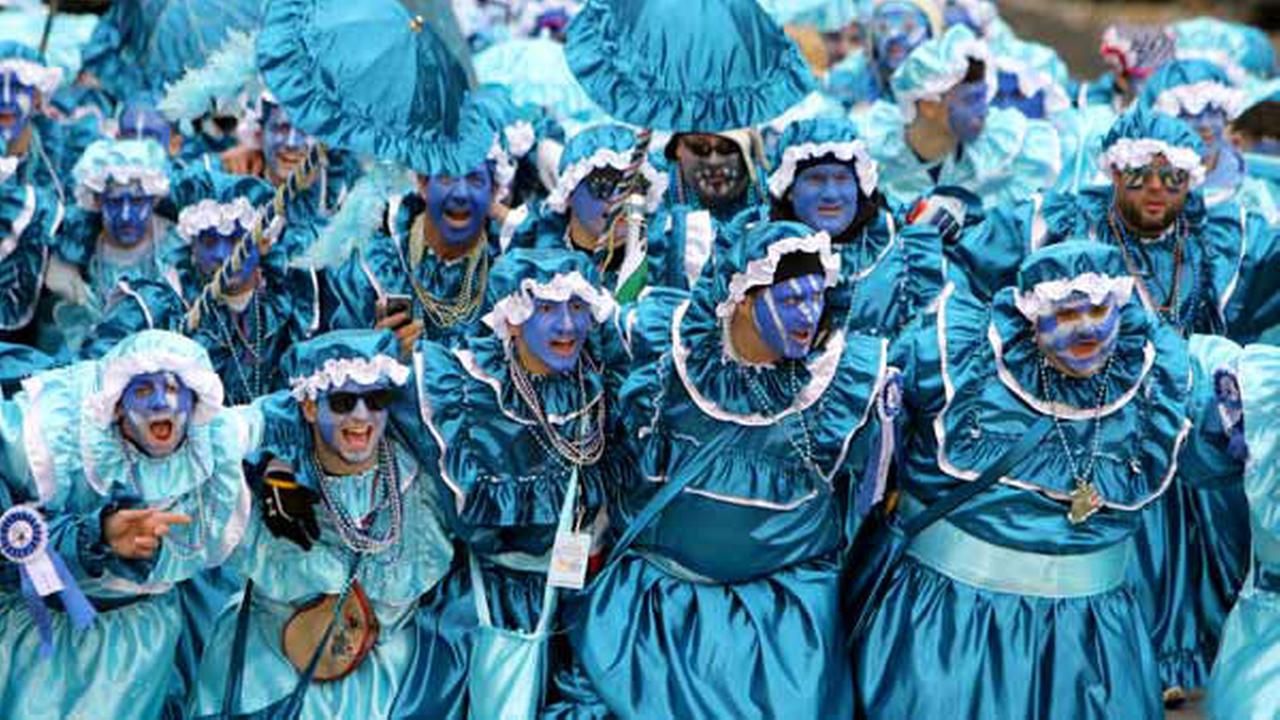 The Tournament of Roses in Pasadena, California

The tournament of Roses takes place in Pasadena, California. Elaborate floats displaying roses and thousands of other California flowers depict a different theme each year.  Prizes are awarded to the cities with the most unusual and attractive floral displays.

A Showcase of Floats is a unique opportunity for the viewing public to step up close and see for themselves the majestic beauty and splendor of the floral floats. After every Rose Parade, the floral masterpieces are parked along Sierra Madre and Washington Boulevards in Pasadena and exhibited for visitors to walk by and see in close detail the design and workmanship that goes into these floats. Visitors are able to walk within a few feet of the floats and appreciate for themselves the creativity and the imagination of the floral displays. The Rose Parade floats have been a Pasadena tradition for over 100 years. 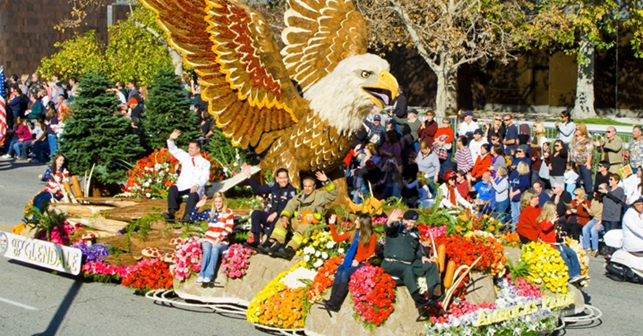 After the parade, the Rose Bowl football game, a contest between two top-ranking college football teams, is played.

New Year’s Day has traditionally been the occasion for starting new programs and giving up bad habits.  People talk about “turning over a new leaf”.  Many Americans make New Year’s resolutions, promising themselves and their families to improve their behavior.  Typical New Year’s resolutions are to spend less money, to give up smoking, begin a diet, or control one’s temper.

Have Practice in Speaking