The Island of Great Britain

The Island of Great Britain

Great Britain is the name of the largest island of the British Isles.

In everyday speech “Great Britain” is used to mean the United Kingdom. Geographically the island of Great Britain is subdivided into two main regions – Lowland Britain and Highland Britain. Lowland Britain comprises southern and eastern England. Highland Britain consists of Scotland, most of Wales, the Pennines, and the Lake District. The Pennine Chain extends southward from the Cheviot Hills into the Midlands, a plains region with low hills and valleys. England is separated from Scotland by the Cheviot Hills, running from east to west.

The chief rivers of Great Britain are: the Severn, flowing along the border between England and Wales, tributaries of which include the Avon, famed by Shakespeare; the Thames, which flows eastward to the port of London. The swiftest flowing river in the British Isles is the Spay. Part of the border between Scotland and England is along the lower reaches of the Tweed, near which is made the woolen fabric that bears its name. 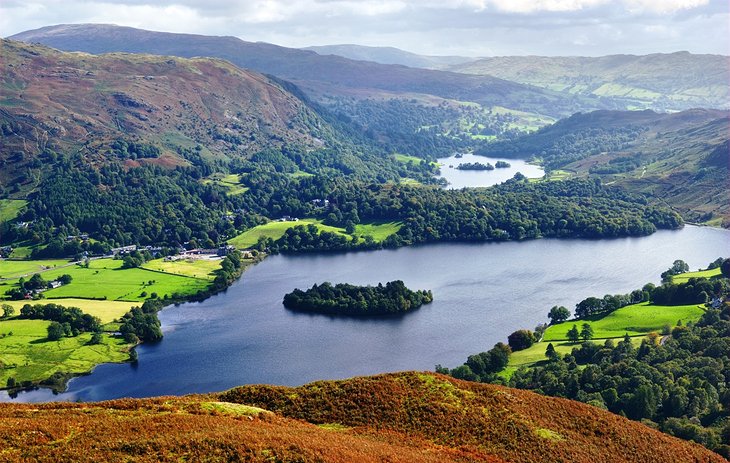 There are many lakes in Great Britain. On the northwest side of the Pennine system lies the Lake District, containing the beautiful lakes. The district is widely known for its association with the history of English literature and especially with the name of William Wordsworth (1770-1850), the founder of the Lake School of poets.