Here are some interesting facts about New Year’s Eve in Scotland.

The celebration of New Year’s Eve is one of the oldest rites known to man. Even in primitive, ancient societies some sort of New Year ritual was celebrated, and the celebrtions were surprisingly similar to our own – composed of about equal parts noise, song and hard drink. With the rise of Christianity the merriment was considerably toned down.

Julius Caesar had set January 1 as the stating date of the New Year, but six hundred years later the church proclaimed that the feast of the Annunciation – March 25 – would henceforth mark the beginning and for almost a thousand years this was the accepted New Year’s Day. Then, in 1582, Pope Gregory XIII put it back to January 1 and that is what it has been ever since.

In the late Middle Ages, some of the religious character of the occasion began to be forgotten again and high jinks (slang merrymaking) reappeared. This was particularly true in Scotland, where New Year’s Eve has always been one of the most important annual events. A number of Scottish New Year’s customs still endure from those early times, although the Scottish custom – the singing of “Auld Lang Syne” (days of long ago) at midnight – is a relatively new one, having been practiced for only about 200 years. 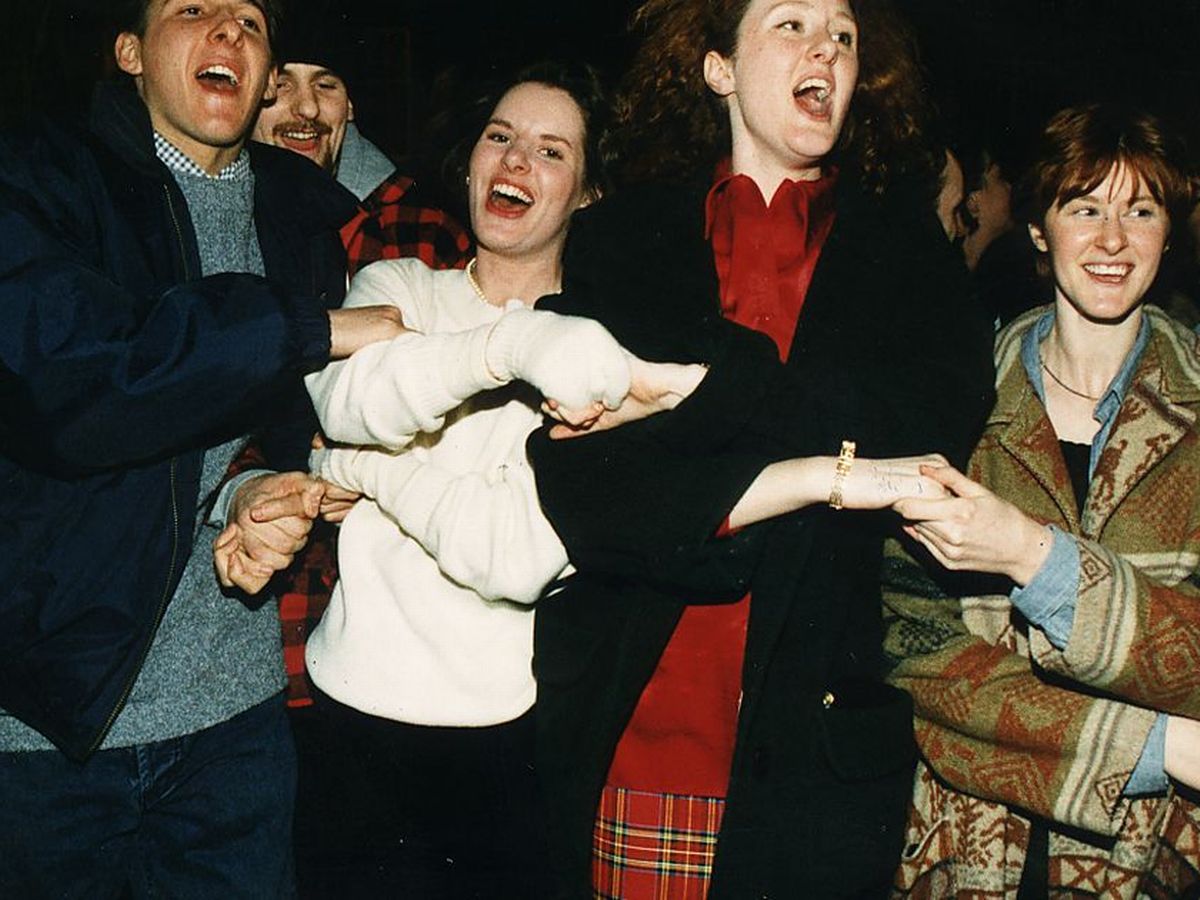 When the clock strikes twelve everybody stands in a circle crossing their arms and linking them thosewho are on either side and merrily joins in singing the rousing tune of Burn’s poem:

Should auld acquaintance be forgot,

And never brought to mind?

Should auld acquaintance be forgot,

And surely I’ll buy mine!

We’ll take the cup of kindness yet

For the sake of auld lang syne!

We two have run about the slopes

And picked the daisies fine;

We’ve wandered many of weary foot

Since the days of auld lang syne.

We two have paddled in the stream

From morning sun till dine;

But seas between us broad have roared,

Since the days of auld lang syne!

And there’s a hand my trusty friend

And give me a hand o’ thine

We’ll take a cup of kindness yet,

For the days of auld lang syne!

The oldest of the Scottish New Year’s practices is the passing of a flowing bowl, filled with hot wine spiced with cloves, nutmeg, mace, ginger and cinnamon, plus sugar, eggs, and roasted apples, at midnight.

The Scots also have a custom called first-footing – young men wandering from house to house ater midnight, visiting with their neighbours. The first young man to enter a house (traditionally dark, or it will be an unlucky year) is known as the first-foot. The first-foot usually brings several gifts, including perhaps a coin (silver is considered good luck), bread, salt, coal, evergreen, and/or a drink (usually whisky), which represent financial prosperity, food, flavour, warmth, long-life, and good cheer respectively. 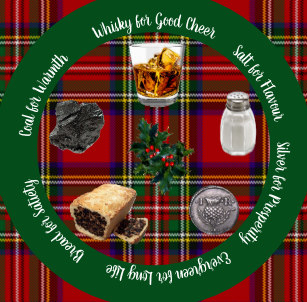 The first-foot has the right to kiss the girl who answers the door. It is considered the height of Highland hilarity to have a cone come to the door instead of the expected bonnie lass (a pleasant-looking, attractive girl) .

In England, in spite of the Day’s symbolic significance, it has never ranked as high as a popular holiday as it does in Scotland and most other countries of the world.

The symbol of the incoming year is the New Year Babe. Childen born on New Year’s Day have from time immemorial been regarded as harbingers of yeas of good fotune for the whole household.