The Elves and the Shoemaker

The Elves and the Shoemaker

Enjoy reading the Christmas tale “The Elves and the Shoemaker” after the Brothers Grimm.

Once upon a time, a poor shoemaker had no money to buy food for himself and his wife. All he had was enough leather to make one pair of shoes. 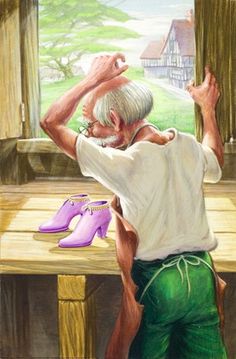 He cut out shoes and left the leather on his workbench, ready to sew in the morning. They he went to bed.

When he came to his workbench the next morning, the shoemaker couldn’t believe his eyes. Instead of the leather, he found a pair of  beautiful shoes, already made.

The shoemaker and his wife were very puzzled. They couldn’t imagine who had sewn the shoes.

Later that day, a well-dressed woman came into the shop to buy a pair of shoes. The shoemaker showed her the shoes he had found on his workbench. “These are the finest shoes I have ever seen,” said the woman, “and they fi perfectly! I will give you five pieces of silver for them.”

With the money, the shoemaker could buy food, and enough leather for two pairs of shoes. He cut out the shoes and left the leather on his workbench, ready to sew in the morning.

The next day, there were two pairs of fine shoes waiting for the shoemaker.

When a well-to-do man came into the shop, the shoemaker showed him the shoes. The man liked them so much that he bough both pairs. 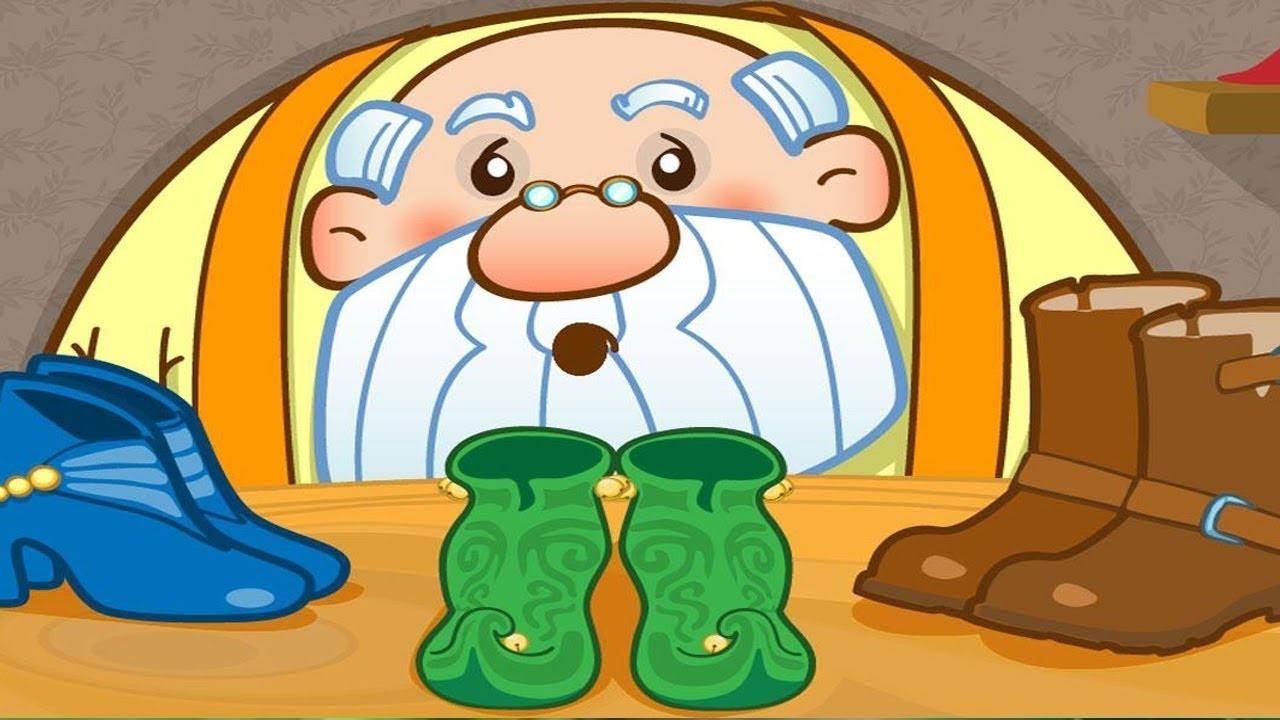 The same thing happened again and again. Every night the shoemaker cut out some leahter and left it on his workbench. Every morning he found fine new shoes waiting for him. And every day weakthy customers came and bought the shoes.

After some time the shoemaker and his wife were rich. One evening, not long before Christmas, the shoemaker said to his wife, “We still don’t know who sews the shoes for us. Let’s stay up tonight and see if we can find out.”

So, after dinner, they lit a candle and went into the shop. The shoemaker and his wife hid behind the counter and waited.

At midnight the door opened and in ran two tiny elves, dressed in rags. As the shoemaker and his wife watched in amazement, the elves went to the workbench. They sewed and hammered untill all the shoes were finished. Then they jumped down and went out the door. 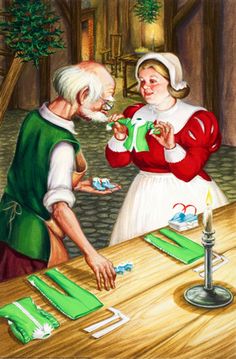 The next morning the shoemaker said, “Those elves have made us rich and happy. How can we thank them and reapy their kindness?” “Why don’t we make them some warm clothes and shoes?” said his wife. “Their own clothes were thin and tattered, and their little feet were bare.”

That evening, the shoemaker carefully made two pairs of tiny shoes for the elves. Over the next few days, he and his wife also made some little shirts, trousers, hats, and socks.

By Christmas Eve everything was ready. The shoemaker and his wife wrapped the clothes in pretty paper and ribbons and set the presents out on the workbench. Then they hid and waited fo the elves to arrive.

At midnight the door opened and the elves came in, ready for work. But there was no leather on the workbench, only presents. Laughing with delight, the elves unwrapped the packages. Quickly they took off their ragged things and put on their new clothes. The elves were so pleased with themselves that they sang a little song: “Oh, what handsome boys we are! We will work on shoes no more!” Singing and laughing, they danced around the room and skipped out the door.

The elves didn’t come back, but the shoemaker and his wife never forgot them. Their good fortune continued, and they were ich and happy for the rest of thei lives. 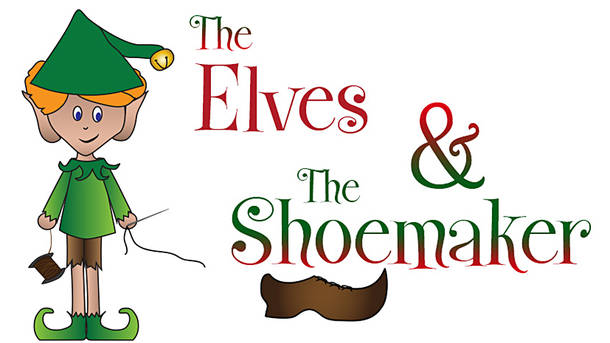 Explain the meaning of the following words in English:

Make up questions to the text beginning with the following words:

What do you think?

Retell The Elves and the Shoemaker