St. Nicholas’ Day is a very special holiday for Ukrainian children and adults. Unlike Western Christian countries, where it is celebrated on December 6, Ukraine and other Eastern Christian countries celebrate St. Nicholas’ Day on December 19 according to the Orthodox Julian calendar. The tradition to celebrate this holiday came to Ukraine with the Christianity during the rule of the prince Vsevolod Yaroslavovych (1088-1089). Saint Nicholas has always been considered to be a patron saint of children so this holiday is seen as a universal children’s festival. 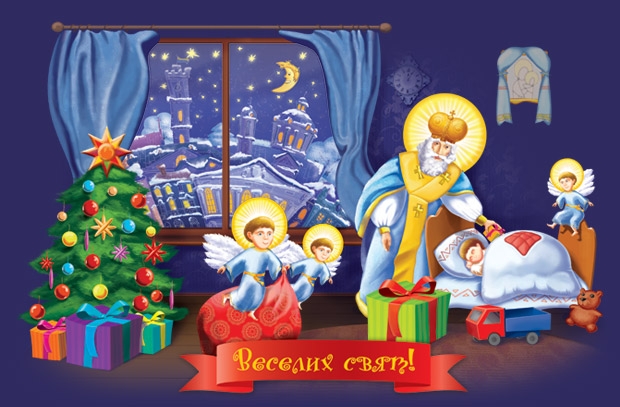 St. Nicholas Day had been one of the main holidays in Ukraine for many centuries. The tradition of giving gifts to children, relatives and those in need was specifically celebrated on December 19 (St. Nicholas’ Day) and not Christmas or New Year.

Shortly before the holiday Ukrainian children, often with the help of their parents, write letters to Saint Nicholas where they list all their dearest wishes – material (new toys or other goods) and spiritual (health and happiness for parents, relatives and friends). The fulfillment of the material wish depends on the child’s behavior during the year. St. Nicholas would definitely prepare the present for those who behaved well but even those who did not can expect something pleasant in case they promise try better next year. On this occasion, women bake round cookies called ‘mykolaychyky’ with different fillings and decorations. These cookies are put under the children’s pillows as sweet presents for the holiday and are given to all the friends and relatives as a wish of joy and health. 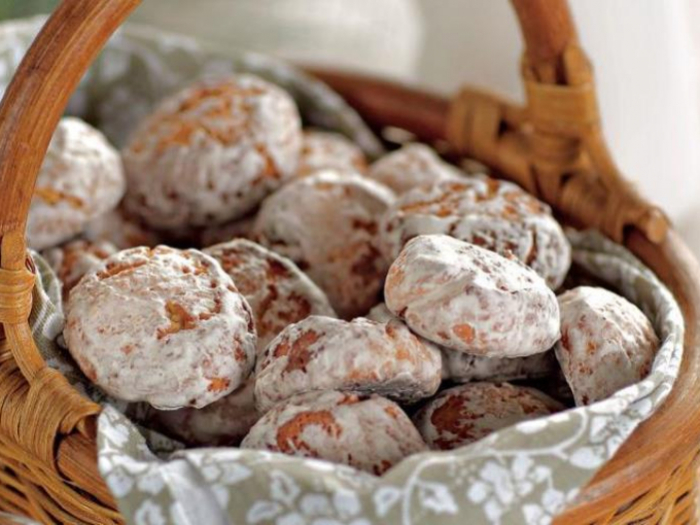 St. Nicholas’ Day presents can be different. It is up to parents to decide what gift to put under the child’s pillow (sweets, toys or book, for example). Of course, many parents consider their children’s wishes when they choose a gift. This holiday is often associated with numerous charity events, fundraisers and gift drives for orphaned children and people who find themselves in need. In Western Ukraine there is a good tradition of putting a wish-tree in the local churches with letters from orphans and their wishes for St. Nicholas day gifts attached to the trees’ branches. The parishioners are welcome to take a letter from the tree and arrange a gift for the child who doesn’t have parents to support all his/her gift wishes.

St. Nicholas’ Day is a time of great fun in Ukraine. On this day, people invite guests and have family dinners. Parents and grandparents tell their children stories from St. Nicholas life and teach them to be as kind, laborious, charitable, honest as he was. Ukrainians believe that in the night of December 19 all their sincere wishes will be heard and fulfilled.