Knowledge of foreign languages and English in particular is important in modern society.

“Language is the dress of thought”. (S. Johnson)

“A thing well said will be wit in all languages”. (J. Dryden)

“Words are, of course, the most powerful drug used by mankind”. (R. Kipling)

“The English language is the sea which received tributaries from every region under heaven”.

“English is a language that came from nowhere to conquer the world”. (G. Bernard Shaw)

Knowledge of foreign languages helps to promote cultural, educational and technical cooperation among nations. That’s why one   of the characteristic features of life in our country today is a great interest in the study of foreign languages – chiefly English. At present English is the most important of the world’s languages. In number of speakers it ranks second. The rise of English is a remarkable success story. When Julius Caesar landed in Britain nearly two thousand years ago, English did not exist. Today English is used by at least 750 million people, and barely half of those speak it as a mother tongue. Some estimates have put that figure closer to one billion. Whatever the total, English of the 21st  century is more widely spoken and written, than any other language has ever been. It has become the language of the planet, the first truly global language. 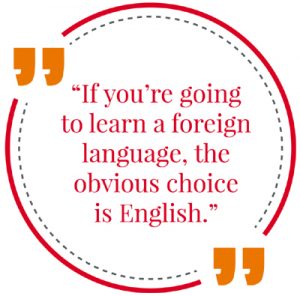 More than half of the world’s technical and scientific periodicals are in English.  English is the language of technology from Silicon Valley to Shanghai. English is the medium for 80 per cent of the information stored in the world’s computers. Nearly half of all business deals in Europe are conducted in English. It is the language of sports and glamour: the official language of the Olympics and the Miss Universe Competition. English is the official voice of the air and sea, and of Christianity: it is the ecumenical language of the World Council of Churches. Five of the broadcasting companies in the world (CBS, NBS, ABC, BBC, CBC) transmit in English to audiences that regularly exceed one hundred million. The use of English in diplomacy, commerce and science is evidence of its importance. That’s why millions of people learn it as a second language.

In our country English is taught in universities, colleges and schools, sometimes even at nursery schools. English is very popular.

Learning a foreign language is not an easy thing. It is a long and slow process that takes a lot of time and patience. But to know English today is absolutely necessary for every educated person, for every good specialist.

A more general aim of learning English is to broaden our intellectual and cultural horizons through contacts with people of other cultures. Knowledge of foreign languages helps people of different countries to develop mutual friendship and understanding. When people meet at festivals, international friendship camps, congresses, competitions, they can comunicate and know each other better.

Here are some of them:

What are your reasons for learning English? 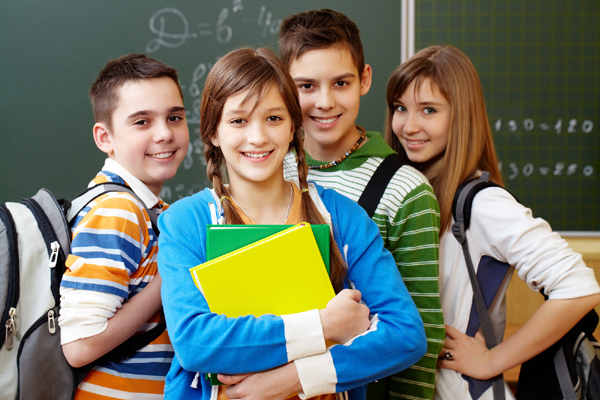 Hi, I’m a teenager and I have been studying English at school since Year 1. It is one of my favourite subjects. At our English lessons we learn to speak English. We study pronunciation, vocabulary and grammar. I can understand spoken English well but I find it difficult to speak without making mistakes myself. They say that the best way to improve one’s English speech is to listen to songs and radio programmes, watch films and videos in the internet and speak as much as possible. Our teacher gives us a lot of interesting information about history, culture, traditions and customs of English-speaking countries. I don’t have any probems with listening. I’m getting good at grammar. The hardest thing for me is spelling.