On the fourth Thursday of November, Americans celebrate Thanksgiving, a national holiday honoring the early settlers and their harvest feast known as the first Thanksgiving.

The Pilgrims decided to have a three-day celebration feast to give thanks for a good harvest. The Pilgrims invited the Indians to join them.

The Native Americans who came to the Thanksgiving feast at Plymouth were members of the Wampanoag (wam-puh-NO-ag) nation. Chief Massasoit, their leader, arrived at the feast with 90 of his people. The Wampanoag smoked their pipes, tasted English cooking, and presented a dance to the Pilgrims.

There were 140 people at the three-day celebration, 90 Indians and 50 British. The feast included cod, sea bass, wild fowl (such as ducks, geese, turkey and swans), corn meal and five deer brought by Indians. 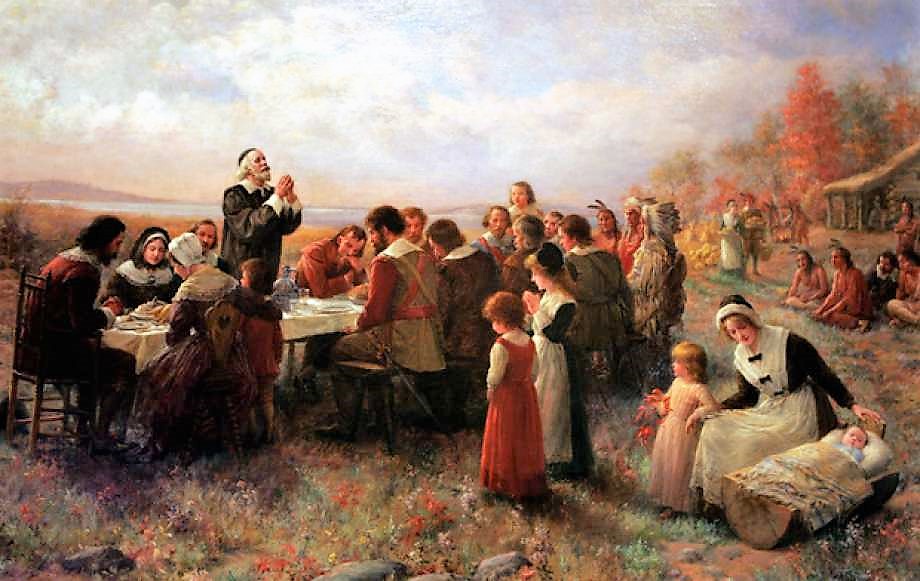 The food was cooked in fireplaces and over open fires. Long tables set outside were piled with food. Everyone danced, sang, and ate. There were contests and games, dances and races. It was a gay and noisy party.

The Pilgrims did not forget to give thanks on the first Thanksgiving. They thanked God for all that was given to them … a good harvest, good friends, and good life in America.