What Are the Symbols of Halloween?

Halloween originated as a celebration connected with evil spirits. Witches flying on broomsticks with black cats, ghosts, goblins and skeletons have all envolved as symbols of Halloween.  They are popular trick-or-treat costumes, and decorations for greeting cards and windows.

Black is one of the traditional Halloween colors, probably because Halloween festivals and traditions took place at night. In the weeks before October 31, Americans decorate windows of houses and schools with silhouettes of witches and black cats.

Pumpkins are also a symbol of Halloween.  The pumpkin is an orange-colored squash, and orange has become the other traditional Halloween color.  Carving pumpkins into Jack-o’-lanterns is a  Halloween custom dating back to Ireland.  A legend grew up about a man named Jack who was so stingy that he was not allowed into heaven when he died.  His spirit was doomed to wander around the countryside, holding a lantern to light his way.  The Irish people carved scary faces out of turnips representing “Jack of the Lantern”, or Jack-o’-lantern.  When the Irish people brought their customs to the United States, they carved faces out of pumpkins because in the autumn, they were more plentiful than turnips. Today jack-o’-lanterns in the windows of a house on Halloween night let costumed children know that there are goodies waiting if they knock and say “Trick or Treat!” 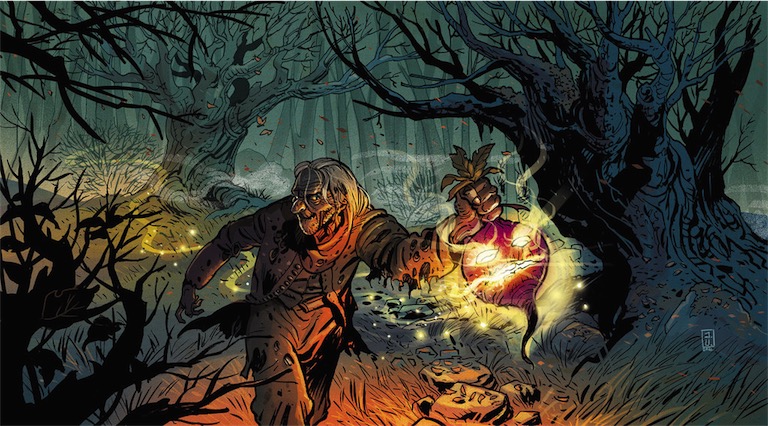 Why are carved pumpkins called Jack-o’-lanterns?

The custom of carving Halloween jack-o’-lanterns began long ago in Ireland and Scotland. But when the custom began, people in those lands did not have pumpkins.  (They are thought to have grown first in North America.) The people in Ireland and Scotland carved jack-o’-lanterns out of turnips. An  Irish story told how jack-o’lanterns got their name.

Long ago, the story began, a man named Jack met the devil on a road.  Jack had been very selfish.  He knew the devil would take his soul – unless he could fool him.  As they passed an apple tree, Jack had an idea.  He asked for an apple before going to hell. The devil climbed the tree to get the apple.  As he did so, Jack carved a cross on the tree with his knife.  The devil was scared to come down past the cross, which is a symbol of Christianity’s good power.  Jack helped the devil down – but only after he promised to leave Jack’s soul alone.

Jack soon died.  He could not enter heaven because he had been so bad.  Needing a place to go, he tried to enter hell.  But the devil kept his promise and would not let him in.  The devil said that Jack must return to earth.  When Jack cried that he could not find his way in the dark, the devil threw him a hot coal.  Jack carved a turnip and placed the glowing coal inside it.  Ever since, Jack has wandered the earth with his turnip lantern.  Turnips with lighted candles inside them became known as  “jack-o’-lanterns” after Jack. 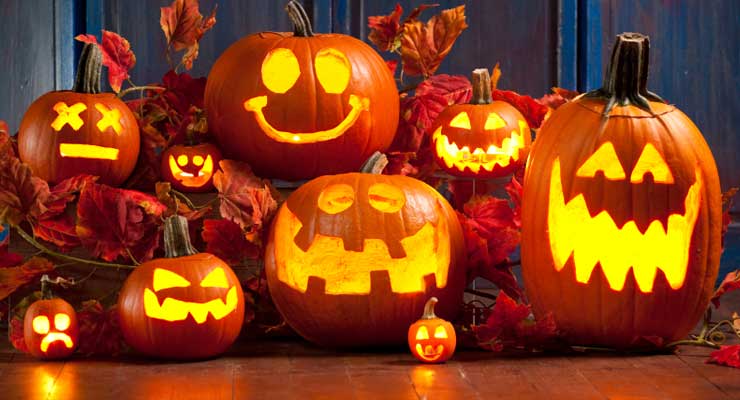 Speak about the symbols of Halloween.