Mountain gorillas are the largest primates on Earth. Maxim has found out some facts about these endangered gentle giants.

Mountain gorillas are very interesting primates. Here are some interesting facts about them.

Mountain Gorillas got their name for a reason. The live high in the steep mountain forests of four different national parks in Africa in Uganda, Rwanda and Congo. They live at elevations of up to 8,000 to 13,000 feet (1,500 m – 4000 m). That is the same height a skydiver would jump out of a plane. At this height, the temperatures can drop below freezing so these gorillas have thicker, longer fur than other gorillas.

The total population of mountain gorillas left in the world is estimated to be about 850. Half of this number lives in Bwindi Impenetrable National Park in Uganda.

The nose print of a gorilla is unique to each individual gorilla much in the same way as the human finger print is unique to each human being. Mountain gorillas are said to have over 98.5% DNA similar to that of humans. 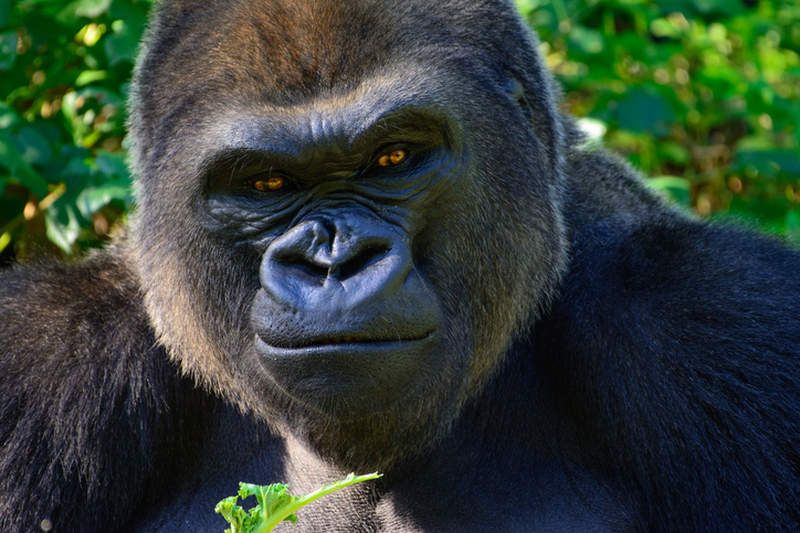 Mountain gorillas do have the same emotions as humans. They can laugh when you tickle them and also cry when you hurt them.

These primates eat about 49 pounds of vegetables a day for males and females eat slightly lower than that. Mountain Gorillas eat for up to 5 hours per day. Gorillas hardly drink water, they usually hydrate from eating plants.

These primates are extremely intelligent. Habituated gorillas can use sign language to interact with humans. Gorillas construct nests for sleeping each evening and once in a while build one for their afternoon naps.

Mountain gorillas are as shy as they are strong. Locals living near Bwindi Impenetrable National Park know this for a fact! A mountain gorilla will never chase you when you are facing it and looking directly into its eyes. However, you should know that when threatened they can be aggressive. They beat their chests and let out angry grunts and roars. Group leaders will charge at the threat and mothers will fight to the death to protect their young.

Mountain Gorillas are social beings. They live in groups that might have over 20 members. These troops usually last for over 20 years. These groups are all female with only one male who is referred to as the ‘silverback’. They are not territorial but the silverback will fight to protect a group of females.

When a male gorilla grows old, its hair of the back eventually becomes silver. This is where the word “Silverback” is derived from. Gorillas can live up to 54 years of age. 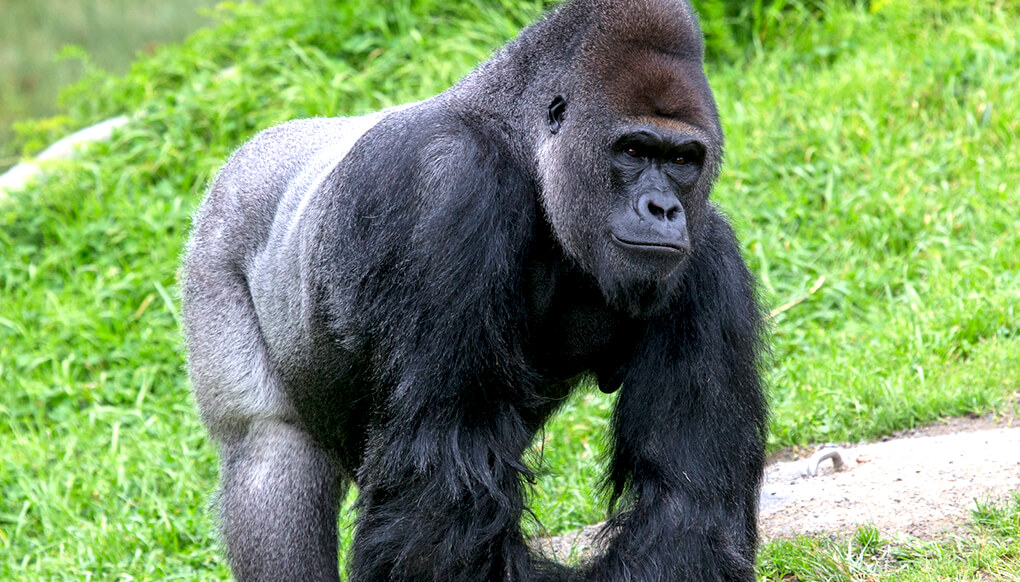 Gorillas, the largest of the great apes, are endangered in their native African habitats, largely by human activity. Gorillas have been hunted and their habitats have been destroyed by both illegal charcoal harvesting and legal land clearings to make space for agriculture. Close contact with humans has led to gorillas contracting human diseases, often with worse severity. Even the common cold has been known to kill a Mountain Gorilla. Fortunately, recent conservation efforts are really making a positive difference for the recovery of this species.