Read these samples and speak about music in your life.

Music occupies an important place in our life. We can’t live without it. People have different musical tastes depending on their age, education and even mood. Some people like classical music, others prefer rock, pop or jazz, but nobody is indifferent to it.

As for me I used to sing in front of the mirror in my childhood. A pencil box served me as a microphone and I imitated a show on the stage. It was a great fun!

At present I can’t spend a day without music. In the morning I prefer fast rhythmical music. It’s like a cup of coffee or a cool shower that encourages you and freshens you up. So, since the early morning you are in a cheerful spirit and the forthcoming day seems to give many pleasant surprises. Isn’t it a great start of the day?

If you are in a bad humour, you’d better turn to music. Nothing can help you better to forget about your problems than a merry song. Listen to your favourite melody and your spleen will disappear, and you are in a good temper again.

After a hard working day I like to listen to some slow, beautiful melody. It helps me to relax and to forget about my tiredness.

In fact, music is an integral part of my life and I can’t just imagine how I would live without it! 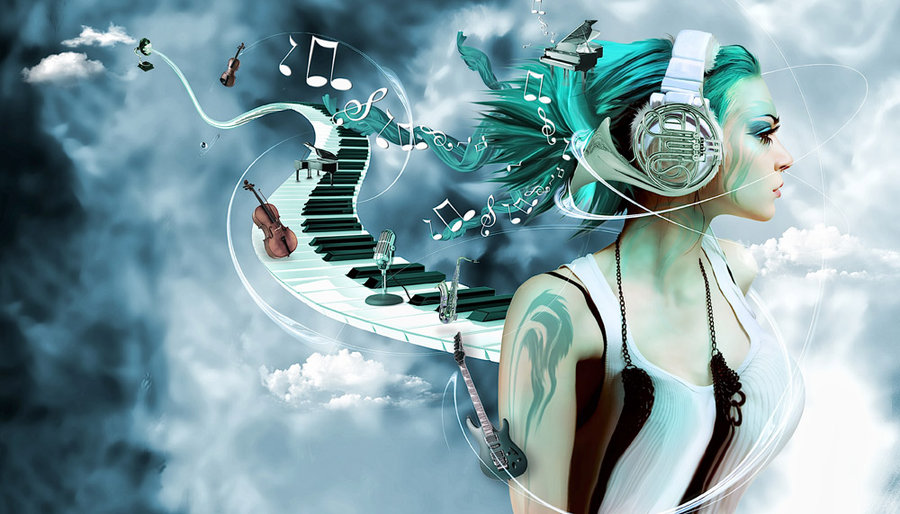 Music in Our Life

People cannot live without music. They listen to music, dance to music or learn to play musical instruments. There is music everywhere: at home, in a concert hall, in the park, at the seaside, in the forest and even in the street.

Music is not only a combination of pleasant sounds. It is an art which reflects life. Music reflects people’s ideas and emotions. In this world of ours, filled with conflicts, tragedies, joys and hopes, music strives to speak to people of what is most important.

Music in the lives of different people is different: some compose music, others play music, and others only listen to it. A lot of people who cannot play any musical instrument love to listen to music either at home or at a concert. Different people like different kinds of music. You may prefer pop or rock music, country or folk music, classical music or jazz, but you certainly cannot think of a day without music. 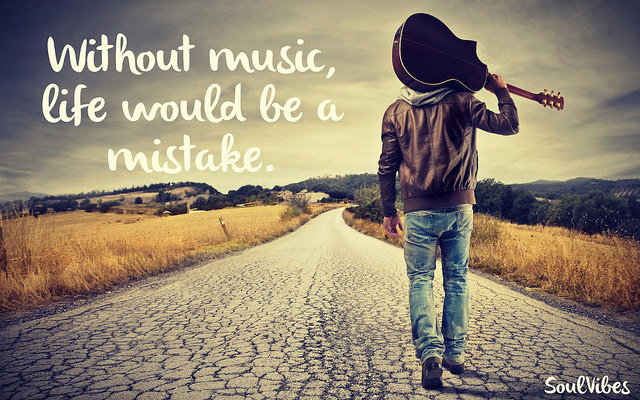 The Role of Music in Our Life

There are so many kinds of music in our life. For example, rap and pop music, rock and alternative music, industrial and disco music, drum & bass and techno music, and, of course, classical music.

Different people like different music. The scientists say that they can define your character if they know what music you like. For example, they suppose that people who listen to rock music are very clever and reasonable. British scientists confirm that the most of young people listen to the aggressive music as metal and rock. Scientists say that these people are good students, because of their character and assiduousness. I agree with this statement, because I think that music shows your soul and nature.

As for me, my favorite group is “Linkin Park”. They sing in different styles, such as: alternative, new metal, heavy metal and rock. I like this group because of good texts and unusual musical decisions. This group was formed in 1996. They released 9 albums. I like all their songs without distinction. My favorite song is “In the End”. There are six men in this group: Chester Bennington, Mike Shinoda, Rob Burdon, David Farell, Bred Delson and Joe Hahn. The most prominent person of the group is Chester Bennington. He is very talented. Also I like him because he overcame his drug addiction and made his musical career. He writes poems and composes music.

I always adored people who compose music and write poems. I think that such people are very talented. Also I believe that they can draw pictures and show their feelings by their music or poems. They can make you cry or laugh. Moreover they make you think about global problems or you may lie soft and just dream while you are listening to the music.

I guess that we can’t live without music. My motto is: “Silence is killing!” As for me, I always listen to the music, when I’m happy or when I’m unhappy. It helps me in my everyday life. I listen to the music everywhere: at home, in the bus, in the street.

Nowadays we have relaxing music, which we use in medicine. More helpful than all kinds of music is classical music by such famous composers as Bach, Beethoven, Mozart and Vivaldy. 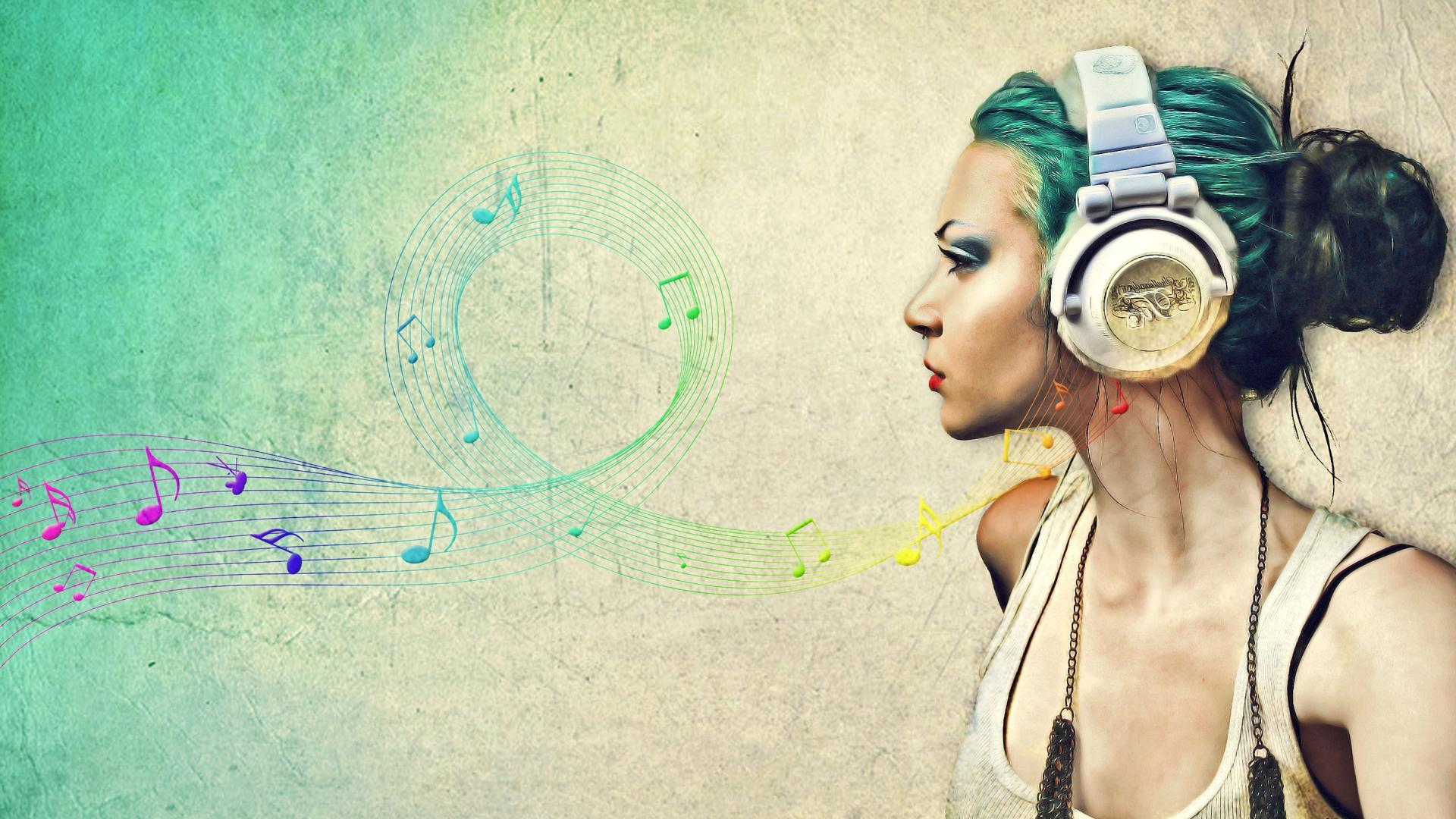 Can you think of a day without music? We can hear music everywhere: in the streets and at home, over the radio and on TV, in the shops and in the parks. People all over the world are fond of music. They listen to music, they dance to music, they learn to play musical instruments.

But what is music? Specialists explain that music isn’t only a combination of pleasant sounds. It is an art which reflects life. There are a lot of different kinds of music. Some of them appeared long ago, and some are modern. For example, folk music appeared long ago, but it is still alive. There are many local performers, choirs and folk groups in Ukraine. Folk songs are very tuneful and pleasant to listen to.

Classical music is often associated with the music of the past. However, this style also includes music being written now, and we may speak of modern classical music.

Rap is a modern musical style where the singer speaks or shouts the words to music with a steady beat. Such groups as Public Enemy or House of Pain are leaders in this style.

Great Britain has produced more popular music stars than any other country. Over the last 30 years rock and pop music have been very popular in Britain. The Beatles, with their style of singing, eloquent and exciting, is still one of the most popular groups. British groups often set new trends in music. New styles, groups and singers continue to appear. Some of the more recent pop groups are Dire Straits, Eurhythmics and Spice Girls. Many of the new bands have been able to use the changes in technology to develop their music. Computerized drum machines, synthesizers and other electronic instruments are now just as popular as the piano and electric guitars.

Tastes differ. So people’s musical interests range from pop and rock music, which are extremely popular nowadays, especially among young people, to classical music and opera.

My favourite style of music is pop music, because it is breathtaking and full of energy. When I listen to pop music it makes me remember happy times and forget the problems of everyday life. It helps me to relax when I’m tired, and entertains me when I’d like to have fun. My favourite group is Abba. It was formed in 1973 in Sweden. Abba’s cheerful tunes made them international pop stars and one of the most successful groups of the seventies. Their most famous songs (“Waterloo”, “Money, Money, Money”, “Knowing Me, Knowing You”, etc.) often topped European charts. Though the group doesn’t exist any more, it is still popular with people of all ages. I can’t but admire their style of singing. I find it fascinating and overwhelming. When I have free time I listen to their records. I also like having background music while I am working.

I don’t mind listening to dance music, especially when I go to disco clubs. This style of music is catchy and I like catchy tunes. It makes me more energetic.

It’s a pity that many young people like to listen only to modern music. As for me, I also enjoy listening to classical music. I find it tuneful and appealing. Classical music is always a complex of emotions. It gives me delight, pleasure and a sense of happiness. Some pieces of classical music are really wonderful. Not long ago I listened to the First Piano Concerto, composed by Tchaikovsky. The power of his music captivated me. The impression was overwhelming.

The music I hate is heavy metal. I find it noisy and dreadful. When I listen to this style of music it presents to my mind pictures of dark days. Though some young people are fond of this style of music, it is not to everyone’s taste. To my mind, too loud music can do damage to our ears. I am indifferent to other styles of music. For example, I don’t mind listening to jazz. Improvisation is an important part of this style, that’s why a jazz song may sound a little different each time it is played. I think that jazz is a mixture of many different kinds of music, but I consider it a bit complicated.

My mother and father approve of my tastes in music. Though they prefer to listen to classical and “bard music”, they think that, on the whole, modern music is not too bad. My parents agree that each generation has its own tastes.

It goes without saying that music plays a very important role in people’s lives. It reflects our moods and emotions. Music appeals to our hearts and transforms our feelings. It conquers our souls and enriches our minds. Besides, listening to music is the perfect way to spend free time and not to feel bored. You can hardly find a person who doesn’t like or need music and who never sings or dances. Music is beauty in sounds; it is our magic source of inspiration.