Albert Einstein is known all over the world as a brilliant physicist and the founder of the theory of relativity. He is perhaps the greatest scientist of the 20th century. Some of his ideas made possible the A-bombs, as well as TV and other inventions. The name of this scientist is actually synonymous with genius.

He was born in 1879 in a small German town. The Einstein family soon moved to Munich, where Albert went to school. He was a dreamy child. Neither his parents, nor his school teachers thought much of his mental abilities.

In 1895 Albert failed the entrance examination to a technical college in Zurich. A year later, however, he managed to pass the exam and entered the college.

After graduating from college, Einstein started to work at the Swiss Patent Office in Bern. In 1905 he wrote a short article in a science magazine. This was his “Special Theory of Relativity”, which gave the world the most famous equation relating mass and energy (E = mc2), the basis of atomic energy. His theory surprised many scientists. His discoveries were far ahead of their time and his original ideas on physics caused a sensation.

Later, he became a professor in several European universities and in 1914 moved to Berlin as a member of the Prussian Academy of Sciences. After ten years of work, he created his “General Theory of Relativity”.

In 1921 Einstein received the Nobel Prize for Physics and became very famous.

A Jew, and a pacifist, he was attacked by the Nazis, and when Hitler came to power in 1933 he decided to settle in the USA.

In 1939 Albert Einstein wrote a letter to President Roosevelt, at the request of several prominent physicists, outlining the military potential of nuclear energy and the dangers of a Nazi lead in this field. His letter greatly influenced the decision to build an atomic bomb, though he took no part in the Manhattan Project.

He was very worried about the use of the atomic bomb. When it was dropped on Hiroshima, Japan, he was very sad. Almost immediately he became an advocate for nuclear disarmament.

After World War II Eistein continued to work both for science and peace, he spoke out passionately against nuclear weapons and repression. He thought that science was a powerful instrument.

The artificial element einsteinium has been named in his honour. 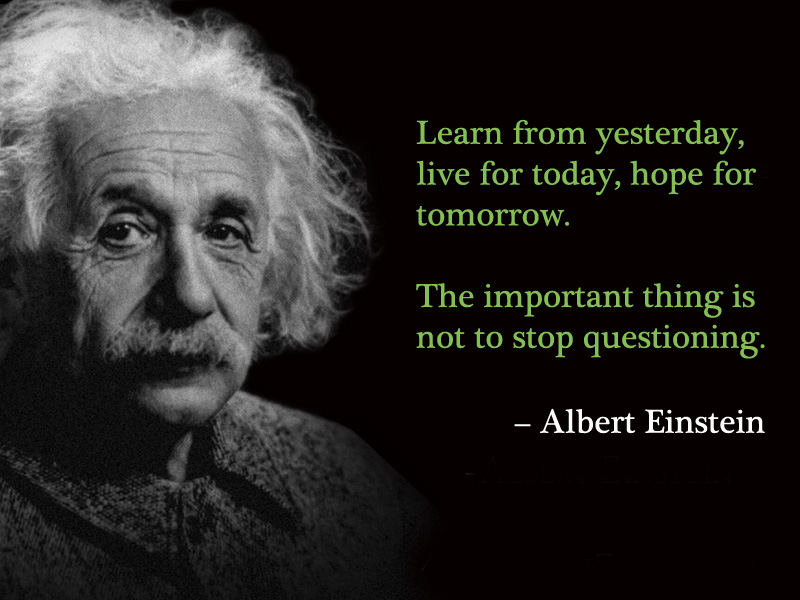 His Family Had Grave Worries about Him as a Child

When Eistein was born on March 14, 1879, his parents were afraid that he was deformed because his head was so large and misshapen. Their physician was not concerned and within a few weeks, Einstein’s head was shaped normally. However, his grandmother said, “Much too fat, much too fat!” the first time she saw him.

Later, Einstein’s parents thought he might be mentally retarded because he did not speak until he was four years old. He broke his silence one night at dinner saying, “The soup is too hot.” When his parents asked why he had not spoken previously, the young Einstein responded, “Because up to now everything was in order.” Still, he spoke only haltingly until he was nine years old, practicing sentences in his head or under his breath until he got them right.

Today there is a term, “Einstein Syndrome,” which was coined by Dr. Thomas Sowell, to describe exceptionally bright people whose speech is delayed.

At 16, Einstein is said to have failed an exam that would have let him train to become an electrical engineer.

Not Suitable for Employment

His teachers did not consider him a good student, and they refused to recommend him for further employment.

He loved the violin and sailing, and hated socks and haircuts. Einstein never wore socks. He thought wearing socks was a pain, and he would often get holes in them. He loved bird watching.

Einstein was very fond of music, and his mother played a vital role in his inclination towards music. She played violin, which became a source of enjoyment and inspiration for the young Einstein, who himself learned to play the instrument at the tender age of five. He said, “If I were not a scientist, I would be a musician.”

Einstein was born German and a Jew. Einstein renounced his German citizenship in 1896. He became a Swiss citizen in 1901. However, he died in 1955 as an American citizen.

Albert Einstein never learned to swim. However he loved sailing and continued to do so as a hobby throughout his life.

Einstein’s love for smoking was so enormous that he credited his pipe smoking with a calming and judgmental effect.

Amazingly, Einstein also co-invented a refrigerator that would work on compressed gases.

This year is believed to be a miracle year in Albert Einstein’s life. He published four papers during this year, representing his most creative work. These papers were about the Quantum theory, Brownian motion (existence of atoms), Electrodynamics of moving bodies and the most famous equation in the world – the E=MC2 equation – establishing the relationship between mass and energy. At this time, he was just 26 years old and worked during the day at a patent office.

Einstein was very curious and had an analytical mind at a very young age, showing great abilities in both mathematics and science.

Einstein’s memory was very poor. He was unable to remember dates and could not remember his own phone number. As a student, one of his teachers claimed that he had a memory like a sieve. Once when he was traveling on a train, the conductor approached to collect his ticket. Einstein began searching his pockets, but the conductor recognized him and said he could ride for free. Einstein responded, “Thank you, but if I don’t find my ticket I won’t know where to get off the train.” 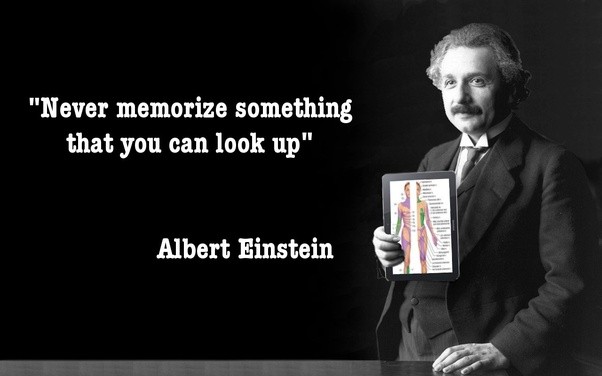 Einstein said that he needed at least 10 hours of sleep to function well.

His Language of Choice

In 1923, when Einstein tried learning Hebrew he felt that it was unproductive for him to do so. He spoke English with heavy accent, his knowledge of French was poor. German was the only language that he was comfortable with.

Einstein was offered the opportunity to become president of Israel after the death of its first president in 1952. Einstein politely refused the offer, saying that he did not have the natural aptitude and experience to deal with people properly and he could only understand a little of science and none of human nature. 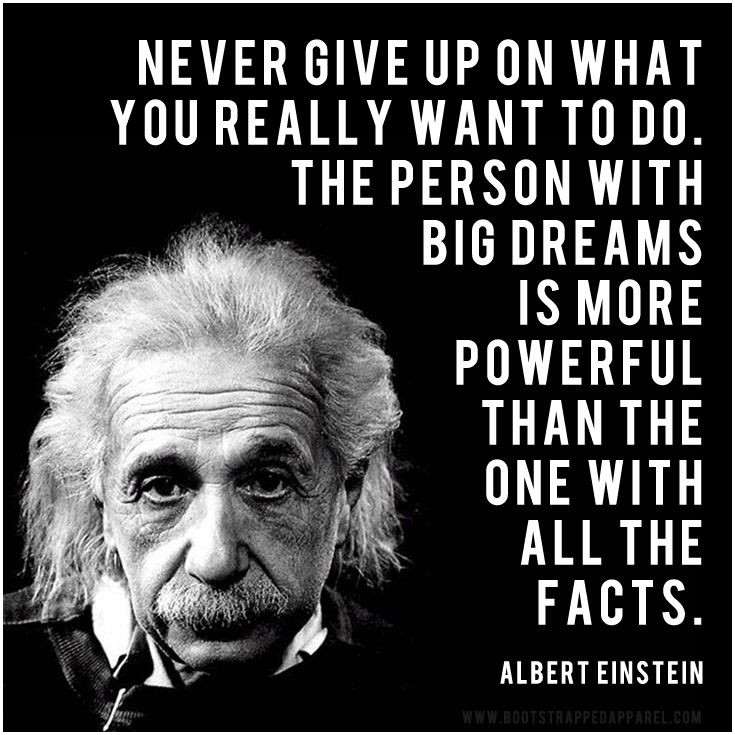 “The true sign of intelligence is not knowledge but imagination.”

“Insanity: doing the same thing over and over again and expecting different results.” 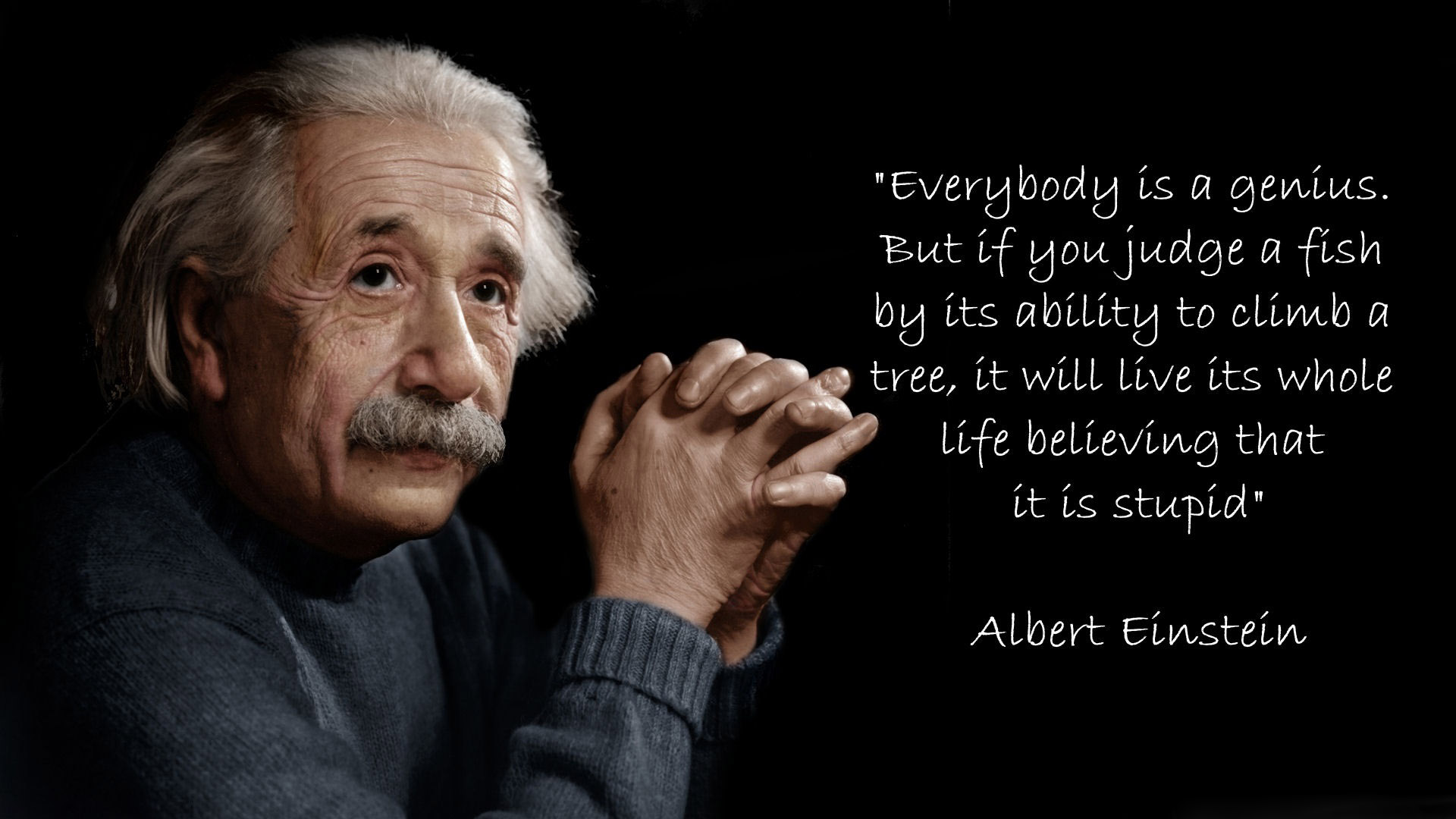 “Most people say that it is the intellect which makes a great scientist. They are wrong: it is character.”

“Whoever is careless with the truth in small matters cannot be trusted with important matters.”

“Life is like riding a bicycle. To keep balance, you must keep moving.”

“If you want to live a happy life, tie it to a goal, not to people or objects.”

“Our task must be to free ourselves by widening our circle of compassion to embrace all living creatures and the whole of nature and its beauty.”

“It’s not that I’m so smart, it’s just that I stay with problems longer.” 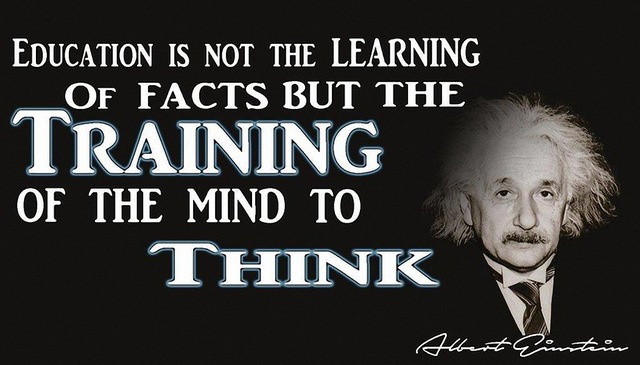 “A person who never made a mistake never tried anything new.

“Imagination is more important than knowledge, for knowledge is limited, but imagination encircles the world.”

“Education is what remains after one has forgotten what one has learned in school.”