Let’s start with instrumental music, which is played by an orchestra – a group of musicians. The leader of the group who controls the music is called the conductor.

There are three main types of musical instruments:

Percussion instruments such as the drums, cymbals, tambourine, and triangle;

Wind instruments such as the trumpet, flute, clarinet, and trombone;

And string instruments such as the guitar, violin, harp, and cello. 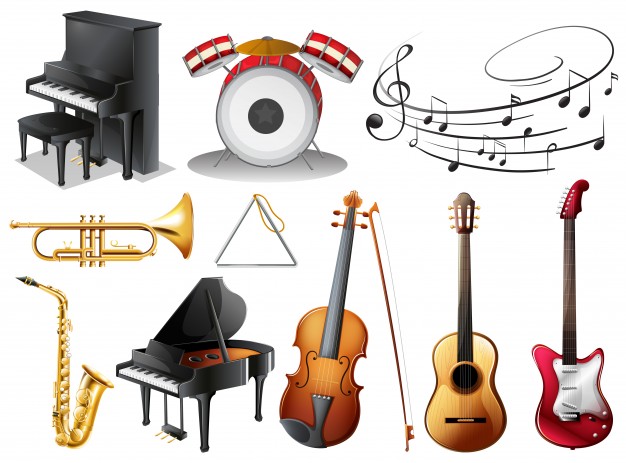 When a singer or band plays music in public, this can be called either a concert or a show.

Musicians who are not yet famous play “gigs” – that’s a slang word for a small performance. Bands also record albums (CDs). Each song on an album is called a track. Sometimes singers or bands release a single – that’s a CD with just one song.

When you buy a CD, you also get a little booklet with the lyrics – the words to the songs. A CD with all the music used in a movie is called the movie soundtrack. Finally, if a song becomes very popular and famous, it is called a hit. 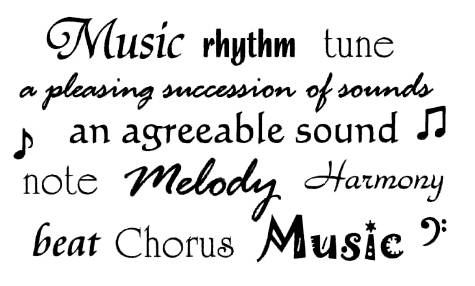 catchy tune: a tune or a song that’s easy to remember and that you enjoy singing. I heard a catchy song the other day and now it’s stuck in my head.

elevator music: music that is played in places like supermarket or family restaurant. Almost always is very repetitive and annoying. Yesterday I heard a very annoying elevator music in the local supermarket.

live music: music performance in front of an audience. I prefer listening to a live music than to a recording. It’s much more emotional and energetic.

opera: a kind of performance in which actors sing during their play with music performed by an orchestra. I often listen to classical music and go to opera. 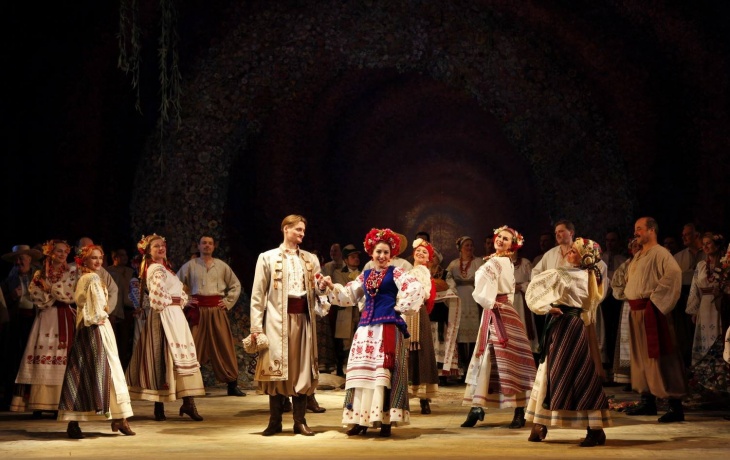 ringtone: sound that a cell phone makes when someone is calling. I set my favourite song as a ringtone on my cell phone.

tuneful: pleasant and melodious music or sound. I heard a tuneful choir of birds yesterday morning. 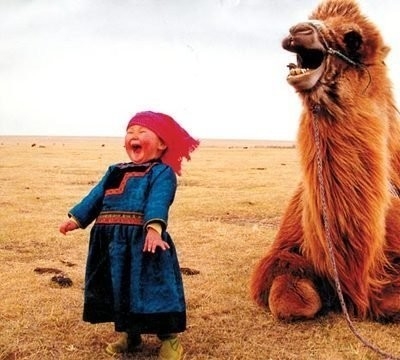 to ring a bell: to sound familiar.
I think I heard this song somewhere. It definitely rings a bell.
to sound like a broken record: someone who says the same thing again and again sounds like a broken record.
Dad! Stop telling me to be careful when I drive. You sound like a broken record! Little children often sound like a broken record and it annoys most people.
to strike (hit) a false note: to do something wrong.
I realised that I hit a false note on the exam when I received a 0 mark afterwards. He struck a wrong note when he arrived at the cocktail party wearing old jeans.
tone deaf: not able to discern the notes properly.
Alhough I’m tone deaf, I’d like to learn to sing properly in the future.
ring a bell: if something rings a bell, it sounds familiar, but you don’t remember the exact details.
John Bentley? The name rings a bell but I don’t remember him.
chime in: if you chime in, you interrupt or join a conversation, especially to repeat or agree with something.
While I was explaining to the bus driver what had happened, the other passengers chimed in and gave their version.
drum something into someone’s head: teach something to someone through constant repetition
When we were kids at school, multiplication tables were drummed into our heads.
as fit as a fiddle: A person who is as fit as a fiddle is in an excellent state of health or physical condition.
My grandfather is nearly ninety but he’s as fit as a fiddle. 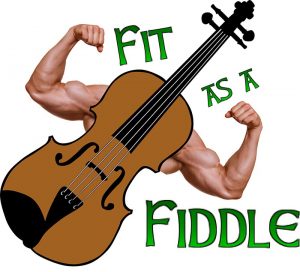 play second fiddle: if you play second fiddle to someone, you accept to be second in importance to that person, or have a lower position.
When Charles became chairman of the family business, his brother declared that he would rather leave than play second fiddle to him.
fiddling while Rome burns:  if you say that someone is fiddling while Rome burns, you mean that they are doing unimportant things while there are serious matters to be dealt with.
His visit to the trade fair was “fiddling while Rome burns” according to the strikers.
jazz something up: add something to try to improve it or make it more stylish.
The dress needs a scarf or a necklace to jazz it up.
all that jazz:  this expression means ‘all that stuff’, ‘other similar things’, or ‘everything of that kind’.
Let’s get out the tinsel, the fairy lights and all that jazz to decorate the Christmas tree.
strike (or hit) the right note: do something suitable or appropriate.
He struck the right note with his future mother-in-law when he brought her a book on gardening – her favourite hobby!
go for a song: If something goes for a song, it is sold at an unexpectedly low price. 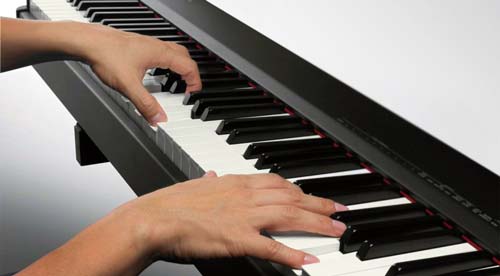 call the tune: the person who calls the tune makes all the important decisions and is in control of the situation.
He shows a lot of authority but in fact it’s his wife who calls the tune.
sing a different tune: if someone sings a different tune, they change their opinion about something or their attitude towards something.
He had no consideration for people out of work until he lost his own job; now he’s singing a different tune.
fine tuning: small changes to something to improve it or make it work better are called fine-tuning.
We are still fine tuning our new website and appreciate your patience.
blow the whistle: if you report an illegal or socially-harmful activity to the authorities, and give information about those responsible for it, you blow the whistle, or you are a whistle-blower.
He refused to blow the whistle on his boss for fear of losing his job.
clean as a whistle: something as clean as a whistle is extremely clean. This can also mean that a person’s criminal record is clean.
Bob spent the afternoon washing and shining his car until it was as clean as a whistle. 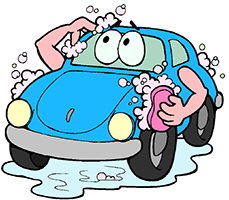 blow your own trumpet – show off; to try to impress someone with your abilities or possessions
We all know you’re the best musician in the school, there’s no need to blow your own trumpet.
change your tune – change your opinion
Last week you told me you would never talk to her again, you’ve really changed your tune.
play it by ear – to be flexible and not plan things
We are just going to play it by ear. It might rain and then we won’t be able to have a barbeque.
make a song and dance about something – make an unnecessary fuss (to get too angry/complain too much)
Oh please don’t make a song and dance about it, we have to get the job done so just get on with it. 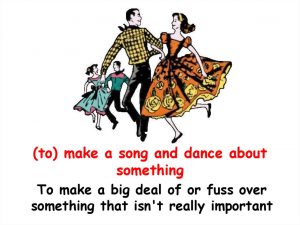