On April 29, celebrate the zipper because it is Zipper Day!

National Zipper Day is observed each year on April 29th.  This day celebrates something that we often do not think about and just automatically take for granted.

There are 4.5 billion zippers of all kinds consumed in the U.S. per year. That’s 14 zippers for every American per year.

From handbags and jackets to trousers and boots, it really is impossible to imagine life without zippers. They are so widespread it is easy to take them for granted. This is where Zipper Day comes along to remind us of the origin and history of this truly omnipresent invention.

Who invented the zipper?

The exact birthday of the zipper is debated, but Zipper Day is traditionally celebrated on April 29. On that date in 1913, Swedish-American scientist and inventor Gideon Sundback received a patent for a curious contraption he called “hook-less fastener”. Although similar inventions had been around since the 1850s, his version is widely accepted as the first modern zipper.

The continuous fastening line found numerous applications and grew in popularity, also thanks to the US Army who stepped in as an early adopter. Sundback’s invention was assured success when the US Navy bought 10,000 zips for use on new flying suits in the First World War.

Zippers are big business. YKK group is the biggest zip maker, which is why the letters YKK are on so many zips. Every year, YKK produces enough zippers to wrap around the world 50 times. That’s 1.2 million miles of zippers!  YKK makes airtight zippers for spacesuits, flame retardant zippers for fire suits, airtight zippers for bagpipes and zippers for fish farm nets. You can find YKK factories in 71 countries. The company makes zippers in 9,500 colors and has 20 shades of black in its color library. 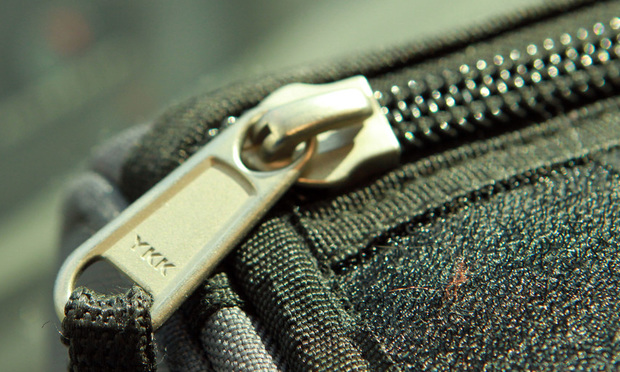