Would you like to know what people in Poland eat at Easter?

Bogdan has found some interesting information. 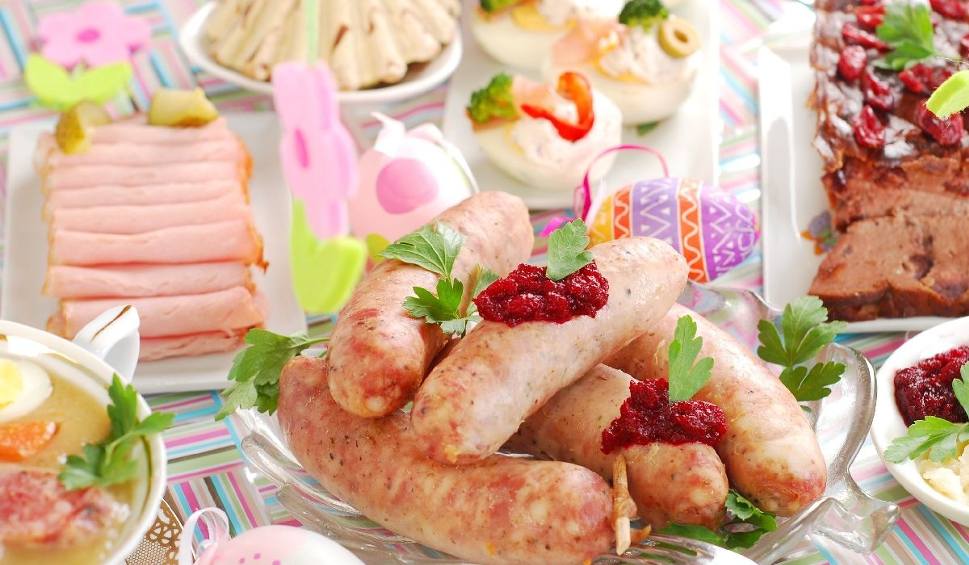 Easter is a feast of smoked meat and ham, where biała kiełbasa takes centre stage. Biała kiełbasa- white sausage – is a nonsmoked minced pork sausage (with the addition of beef and veal) covered in a thin layer of pork casings and seasoned with salt, pepper, garlic and marjoram. It’s carried in the Easter basket.

Żurek, or żur is a soup made of home-made or store-bought sour dough from rye flour. It’s
garnished with boiled white sausage and boiled egg halves. In remote times, żurek and herring were the main pre-Easter Lent fasting food staples. By the time of Holy Saturday, sick and tired of these dishes, people would give them a festive burial. A pot with the soup would be either buried in the ground or spilled. When it’s not attending a funeral, żurek is consumed all year round.

It’s a Polish tradition to bless Easter food in a basket brought to Church. 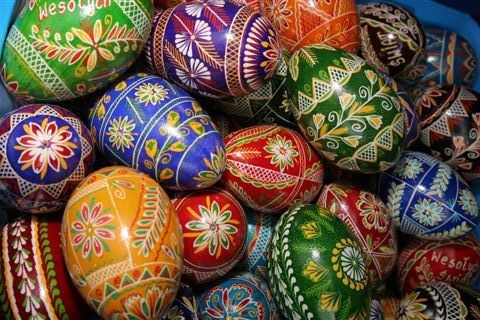 The egg symbolises new life and Christ’s resurrection. Polish egg-related traditions include colouring, blessing them as part of the Easter basket in church, sharing the blessed eggs while wishing each other all the best for the year ahead and eating them with different seasoning. They’re served boiled, stuffed, fried or with mayo – there’s no getting away from them. The decorative devilled egg is a hard-boiled egg, halved and filled with a mixture of the yolks, mayonnaise, mustard, onion and horseradish cream. 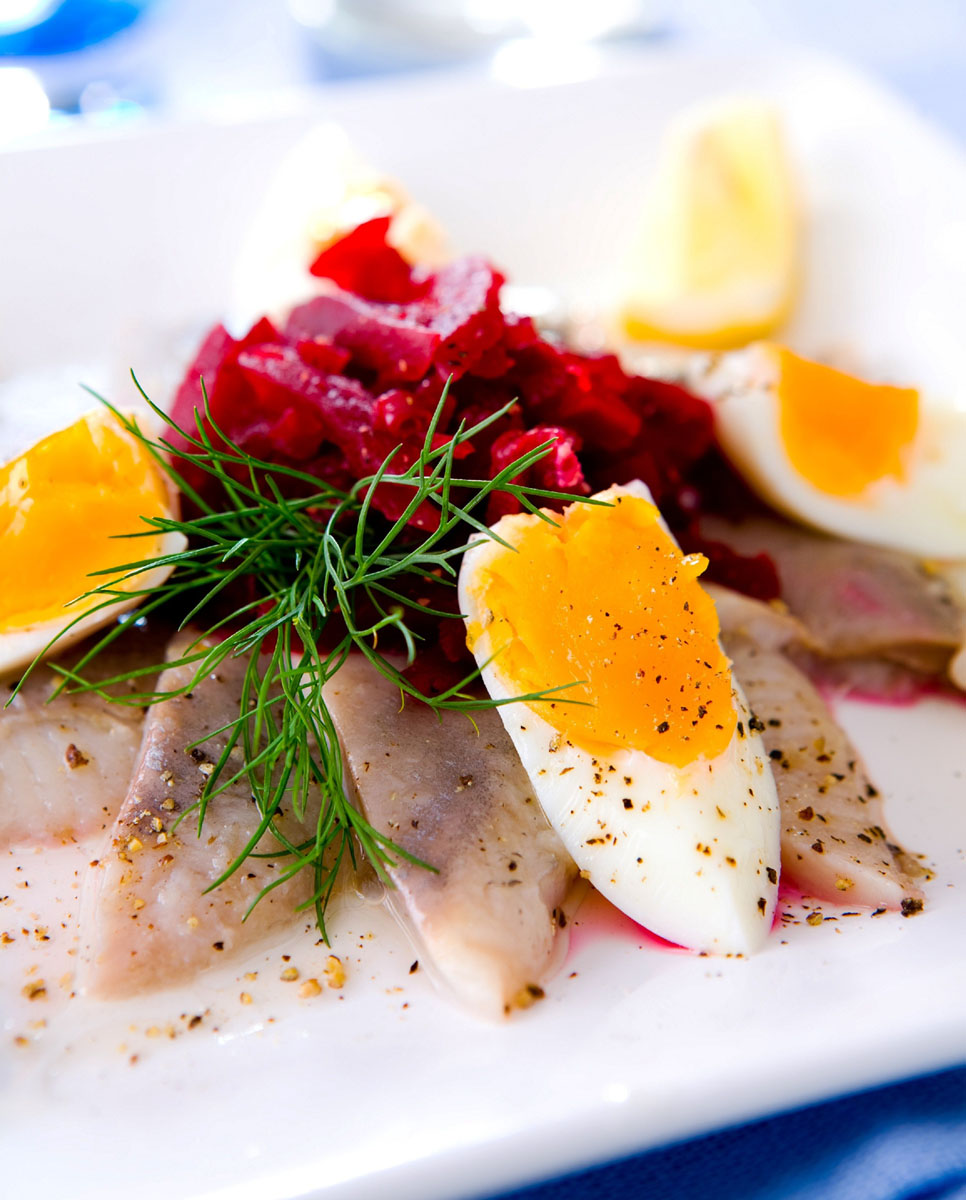 Śledź i.e. herring is as popular in Poland as it is in the Netherlands orDenmark. It is present on holiday and party tables at Christmas and Easter. The fish is served gutted and filleted, in pieces that have been marinated in vinegar, oil, with or without vegetables, usually smothered with chopped, raw onion. While Easter calls for a batch of home-made herring, supermarkets stock jars of marinated herring all year. 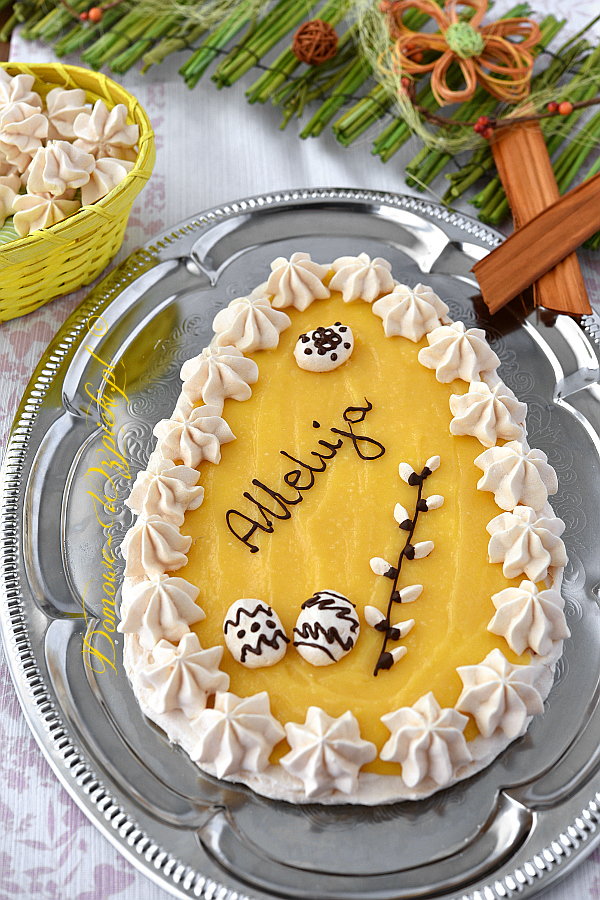 The first of thef reshly baked cakes is the mazurek. The recipe is considered to have arrived to Poland from Turkey and started circulating in the 17th century.  How the mazurek looks depends on whom ade it. The flat short bread can be made of different kinds of dough and toppings, for example marmalade, chocolate glazing, dried fruit or nuts. 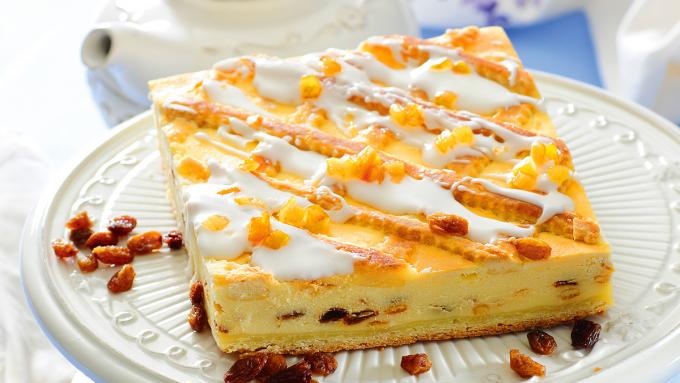 The sernik is a rich creamy baked cheese cake that differs from its American counterpart in cheese. You could try to replace the exclusively Polish cheese called twaróg with country/ cottage/ quark /curd cheese or ricotta but it won’t do the trick. Twaróg is more dense, sweet and less wet than those cheeses and less smooth than ricotta. Sources say that sernik dates back to ancient Greece and Rome. The Eastern Orthodox Church has a tvorog-based equivalent – the truncated pyramid shaped Paskha. 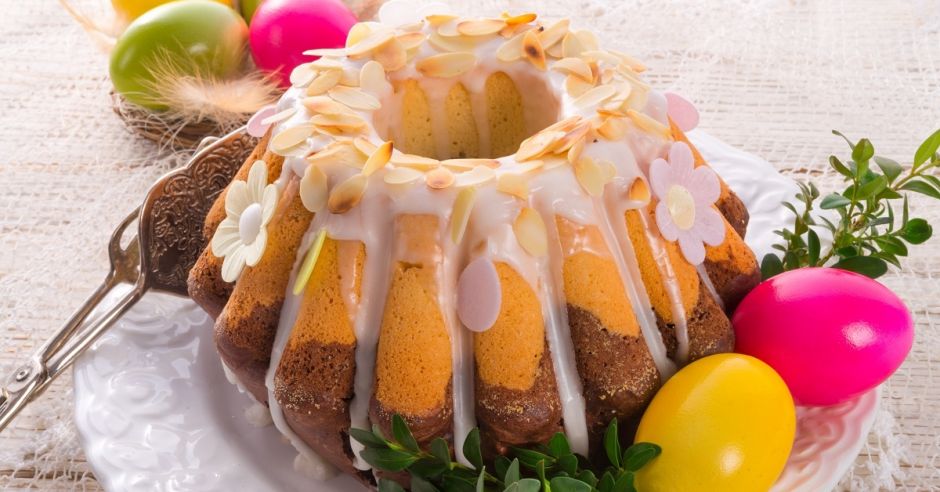 The tall airy Easter babka is a no-knead yeast cake baked in a Bundt pan. It can be laced with rum syrup and drizzled with icing but custom dictates that it has no filling. The name derives from the word “grandmother” and probably refers to its shape: a grandmother’s wide, pleated skirt. 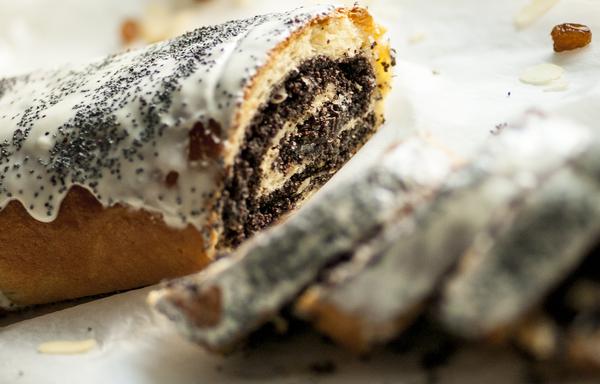 Among the wealth of Easter cakes is the makowiec, a poppy seed roll spun like a strudel. It’s main ingredient is poppy seeds and it uses the same type of dough as the Babka. The texture is crunchy and nutty, and it’s sometimes covered with sugar icing.