Volodymyr Zelenskiy is an actor, as well as a creator and an art-director of “Kvartal 95”.

He is the leader of the studio “Kvartal 95”, he is the team’s art-director, ideas inspirator, the core and the engine of the team.

He is a universal actor and author. For the last decade Volodymyr Zelenskiy has been one of the most popular Ukrainian celebrities.

This all started from the KVN (post-soviet humor TV show and competition “Club of the Funny and Inventive”). KVN is considered to be the main entertainment and humor project within the ⅙ part of the Earth. Being a student Volodymyr Zelenskiy participated in the student theater of performing minituatures “Besprizornik” (“Street boy”) and got involved into KVN. He was invited to join the legendary “Zaporizhia – Kryvyi Rih – Transit” team. Later the “Team Kryvyi Rih” was created. One of the greatest teams of the whole history of KVN, “Kvartal 95”, emerged in 1997. Volodymyr Zelenskiy not only took over the position of the team’s captain, but also became an actor and the author of the most of scenes.

Volodymyr Zelenskiy started writing jokes not only for his own team, but for other KVN participants as well. To add to that, he became an author of scripts for various TV-shows, concerts and private celebrations.

“Kvartal 95” as a company emerged in 2003 on the base of the team “Kvartal 95”. Volodymyr Zelenskiy became the leader of the company. At this point “Kvartal 95” is one of the biggest companies in Europe specializing in creating entertaining media content.

In the late 2003 “Kvartal 95” has organised a number of concerts at the popular Ukrainian TV-channel “1+1”. In 2004 the most prominent project “Vecherniy Kvartal” (“Kvartal in the evening”) started emerging. The guys were still participating in various TV-projects.

In 2006 Volodymyrparticipated in Ukrainian version of the show “Dancing with the stars”. 87% of the general auditory watched the final episode of this talent-show. This was an unprecedented number. Mr Zelenskiy partnering with Alena Shoptenko won the first prize in the TV-project, leaving all other participants far behind. After the “Dancing with the stars” success Volodymyr has become one of the most desirable persons in Ukrainian media.

Within the years of its existence studio “Kvartal 95” has been writing numerous plots and has been creating a lot of TV-shows.

Being one of the producers and coauthor of the most of the projects, Volodymyr Zelenskiy was actively involved into film and TV-production. To add to that, he was participating in shows as an author and an actor. 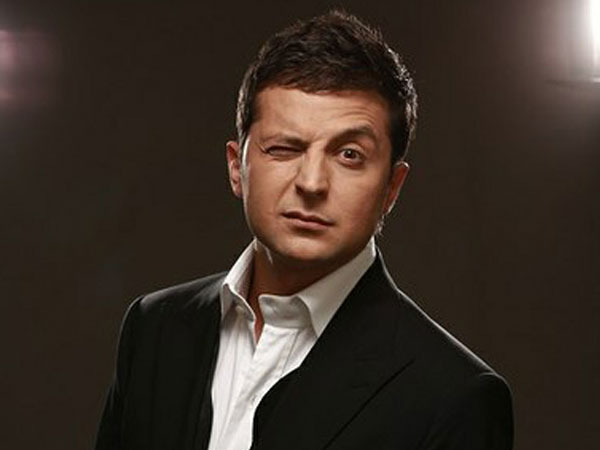 In 2011 studio “Kvartal 95” in cooperation with “Leopolis” filmed the comedy called “Slujebnyi roman. Nashe vremya” (“Office romance. Our time”). It became the box office leader in post-soviet countries as well. Volodymyr starred Novoseltsev in the movie.

In 2012 studio “Kvartal 95” created two films: “Rževski protiv Napoleona” (“Rževski against Napoleon”) in 3D where Zelenskiy became the French emperor, and the romantic comedy “8 pervih svidaniy” (“First 8 dates”), where Volodymyr starred as the main character along with Oksana Akinshina.

The third part of the movie “Lubov v bolshom gorode 3” (“Love in the big city 3”) premiered in the beginning of 2014. The year later a sequel to “8 pervih svidaniy” (“First 8 dates”) called “8 novyh svidaniy” (“New 8 dates”) premiered too. The lyric comedy “8 luchih svidaniy” (“The 8 best dates”) is going to hit the cinemas in December 2015. Volodymyr and Vera Brejneva are starring the main characters.

Volodymyr Zelenskiy was born on 25th of January in 1978 in Kryvyi Rih, Ukraine. His parents were professors of cybernetics. He had lived 4 years in Mongolia with his parents being a child. After high-school graduation Volodymyr got into the Krivoy Rog Economic Institute of the Kiev National Economic University majoring in law science. He had never worked in the field of his qualification, despite the two months of internship. The stage, filming set, creativity and production of the brilliant entertainment content – that is the core of his interests, the goal of his creative and professional development. Zelensky owns numerous professional television awards, including Teletriumph’s prizes (main professional prizes of Ukrainian television).

Additionally, Zelensky is the film junkie. He has watched probably all the most iconic films in the history of the world cinema. Volodymyris a workaholic who constantly supports his colleagues providing them with creative spirit and energy. His “safe heaven” is his family. His wife Elena (one of the authors of the studio “Kvartal 95” as well), daughter Sasha and son Cyril rarely see Dad at home, but are always on the first place for Volodymyr. 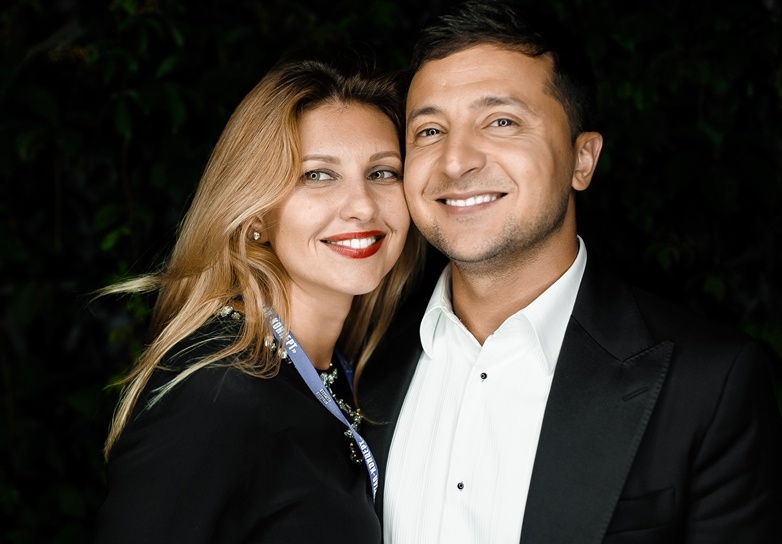