What do you know about the Gerund?

The Gerund is a non-finite form of the verb which has noun and verb characteristics.

The verb characteristics of the gerund are as follows:

The Forms of the Gerund 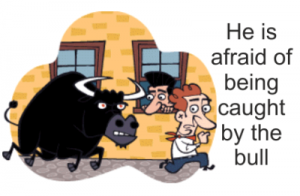 The Perfect Gerund expresses an action prior to that denoted by the finite verb:

Thank you for having helped me. I remember having shown her the letter.

The Indefinite Gerund is used:

After the verbs to intend, to suggest, to insist, etc. the Indefinite Gerund expresses an action which is future with regard to that denoted by the finite verb:

He had intended writing him. He insisted on telling her how it happened.

After the verbs to thank, to forget, to remember, to excuse, to apologize, etc. and after the prepositions on and after the Indefinite Gerund expresses an action prior to that denoted by the finite verb:

Thank you for helping me. I don’t remember seeing either of them. On receiving the telegram we went to the station to meet our friends. On receiving the answer of the firm we handed all the documents to our legal adviser. After concluding the contract, the representative of the firm left Kyiv.

The Gerund is used in the Active Voice if the noun or pronoun it refers to denotes the subject of the action expressed by the Gerund: Mary couldn’t helping laughing.

The Gerund is used in the Passive Voice if the noun or pronoun it refers to is an object of the action expressed by the Gerund: He has right to come without being invited. He entered the room without being noticed. I remember having been shown the letter. 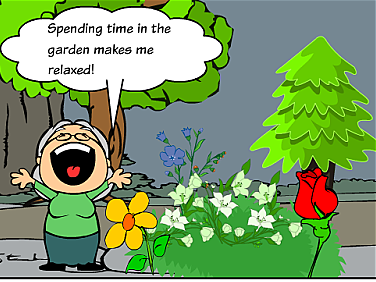 The noun characteristics of the Gerund are as follows:

The Gerund is the only form of the verb which can be preceded by a preposition that refers to it; so the Gerund is used after verbs, adjectives and expressions which require a prepositional object: Thank you for telling me. She couldn’t keep from crying. I am fond of reading.

After a number of verbs the Gerund is used without a preposition; some of them can be followed both by the Gerund and the Infinitive while after others the Gerund is the only possible non-finite form of the verb.

The Gerund is used after such verbs as:

to avoid, to finish, to suggest, to leave off, to give up, to go on, to keep on, cannot help, to enjoy, to excuse, to forgive, to put off, to postpone, to delay, to fancy, to mind: We finished dressing. They went on eating. I cannot help asking. Mary left off ironing. I don’t mind telling you. Fancy going for a walk in such weather! (Уявіть собі прогулянку в таку погоду!)

After the verbs to want, to need, to require and adjective worth the Active Gerund is used with the passive meaning:

The book is worth reading. (Книгу варто прочитати.) 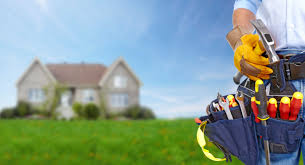 Both the Gerund and the Infinitive are used after such verbs as: to begin, to start, to continue, to propose, to like, to refuse, to intend, to forget, to prefer, to stop:

The children began playing. Then they began to whisper.

She continued sitting motionless. He continued to live with his parents.

As an attribute the Gerund is always preceded by a preposition if it stands after the modified noun:

We discussed different methods of teaching English. Have you any reason for saying such a thing?

idea of – ідея
The idea of having a surprise party was Jane’s. The idea of dividing the area into four sectors, sounded good.

surprise at – здивування в
He realized surprise at discovering an island. We felt surprise at being annouced of her leaving the post.

intention of – намір
She stated categorically that she had no intention of leaving. He never had the slightest intention of agreeing to it.  I began reading with the intention of finishing the book, but I never did.

plan for – план на
Environmental groups have plan for organizing public protests during the conference. The plan for buying clothes online has been changed.

method of – метод
There are different methods of teaching a foreign language. He invented a new method of making bread.

reason for – причина для
There are several reasons for visiting London. He’s got many reasons for applying for this job.

pleasure of – задоволення від
I had the pleasure of cooking dinner. We enjoy the simple pleasure of gazing into the distance at dusk. She took pleasure in shocking her parents.

interest in – інтерес
She has keen interest in studying Boilogy. There is great interest in attracting new families with young children in order to keep the school open.

skill in – вміння в
His skill in applying color and gilding is remarkable.His skill in learning and aptitude for science took him to Edinburgh University.

art of – мистецтво
The art of cutting paper into decorative designs is known as Scherenschnitte, which means “scissor cuts” in German. Girls generally received instruction from their mothers in the art of spinning and sewing.

chance of – шанс
There was no chance of seeing him again. She got a chance of visiting London.

right of – право на
We got right of advertising our plan. They realised their right of choosing their future career.

way of – спосіб
It was her subtle way of telling me to mind my own business. Historically, the Cossack way of living was one of disorder and individualism.

fear of – страх перед
She had fear of making the wrong decision. He doesn’t place his Siamese kitten along with the Persians, apparently for fear of cross-breeding.

objection to – заперечення проти
I have no objection to his coming. It was evident that there was no great objection to visiting them in the country. 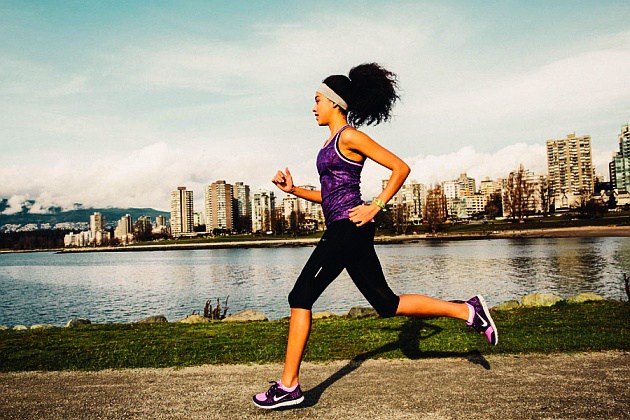 She’s got a habit of running every morning.

In the function of adverbial modifiers the Gerund is always preceded by a preposition:

They ate without talking. You will improve your pronunciation by reading aloud every day.

Besides being clever, he is very industrious. Instead of writing the letter himself, he asked his friend to do it.

A Gerundial Complex consists of a noun in the Possessive Case or a possessive pronoun and a gerund which stands in predicate relation to the noun or pronoun:

They were afraid of my finding out the truth. They told us of Peter’s coming there.

The first part of a gerundial complex can also be expressed by a noun in the Common Case or a personal pronoun in the Objective Case:

I remember his sister taking part in the concert. I do not like him going there.

Gerundial complexes are used in the functions of:

The ing-form of a verb may be not only a participle and a gerund but also a verbal noun.

I like rapid reading. I was awakened by their loud talking.

Unlike the Gerund the verbal noun can be used in the plural, with an article and with demonstrative pronouns: He took part in the sittings of the committee. They started the loading of the ship. 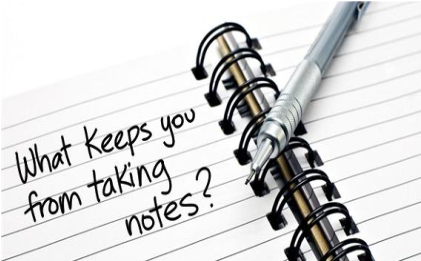 by an infinitive: I thought of coming to see you.

by a noun:He liked riding, rowing and fencing.

by adverbial participle: She changed the room by painting the walls green.

by a finite form of the verb – the predicate of a subordinate clause: Excuse my leaving you. 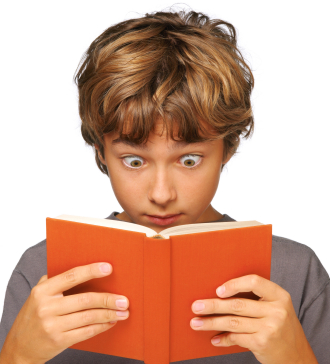 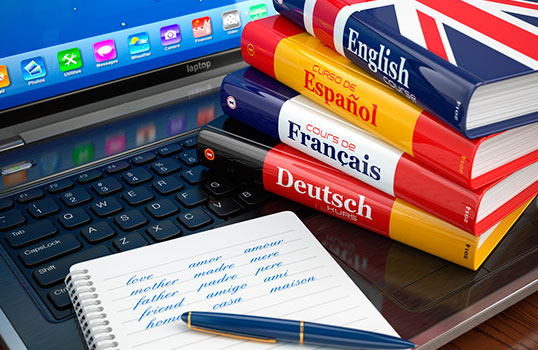 Complete the sentences with an appropriate preposition and verb form.

Create sentences from the given words, using any tense and subject. 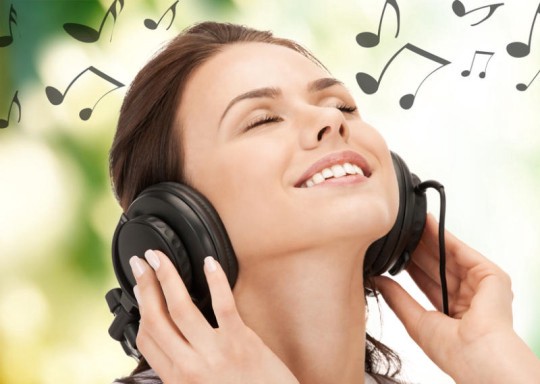 She enjoys listening to music.

Go is followed by a gerund in certain idiomatic expressions to express, for the most part, recreational activities: Did you go shopping? We went fishing yesterday. 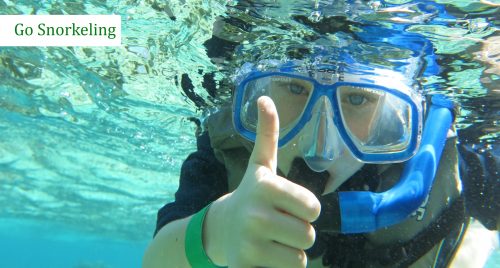 – have trouble + -ing: I had trouble finding his house.

– spend + expression of time or money + -ing: Sam spends most of his time studying.

– waste + expression of time or money + -ing: I waste a lot of time watching TV. We wasted our money going to that movie. It was very boring.

– sit + expression of place + -ing: She sat ay her desk writing a letter.

– stand + expression of place + -ing: I stood there wondering what to do next.

– lie + expression of place + -ing: He is lying in bed reading a novel.

– find + (pro)noun + -ing: When I walked into my office, I found George using my telephone.

– catch + (pro)noun + -ing: When I walked into my office, I caught a thief looking through my desk drawers. I caught her smoking in the bathroom.

Create sentences from the given verb combinations. 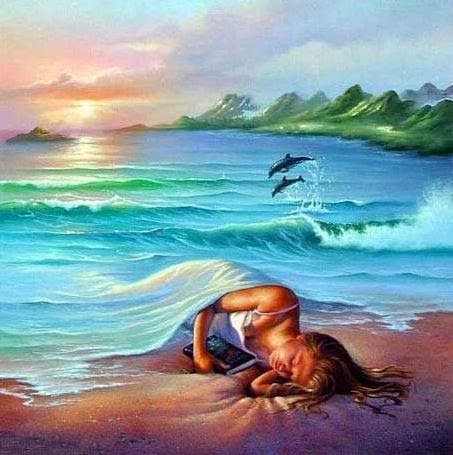 She was lying on the beach dreaming about a fantastic fairyland.

Verbs with a bullet (•) can also be followed by Infinitives

admit     He admitted stealing the money. She admitted having driven the car without insurance.

anticipate     I anticipate having a good time on vacation. They anticipate moving to bigger premises by the end of the year.

advise•      She advised waiting until tomorrow.  I’d advise buying your tickets in advance if you want to travel in August.

avoid     He avoided answering my questions. They built a wall to avoid soil being washed away.

cant bear•     I can’t bear waiting in long lines. I couldn’t bear not seeing him again.

complete      I finally completed writing my term paper. They completed designing their house.

consider    We will consider going with you.

delay      She delayed answering the letter.

deny     She denied committing the crime.

enjoy       We enjoyed visiting them.

finish      She finished studying about ten.

mention      She mentioned going to a movie.

mind      Would you mind helping me with this?

quit      He quit trying to solve the problem.

recall      I don’t recall meeting him before.

recollect      I don’t recollect meeting him before.

recommend       She recommended seeing the show.

regret•      I regret telling him my secret.

remember•      I can remember meeting him when I was a child.

resent      I resent her interfering in my business.

risk      She risks losing all of her money.

stop•    She stopped going to classes when she got sick.

suggest     She suggested going to a movie.

tolerate      She won’t tolerate cheating during an examination.

try•      I tried changing the light bulb, but the lamp still didn’t work.

Common Verbs Followed by either Infinitives or Gerunds

The following verbs may be followed by either an infinitive or a gerund with little or no difference in meaning:

It began to rain. / It began raining.  I started to work. / I started working. 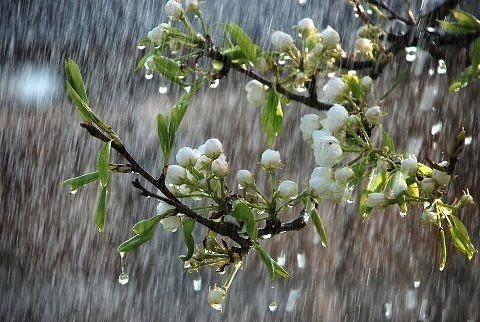 If the main verb is progressive, an infinitive (not a gerund) is usually used: It was beginning to rain.

Verb + Infinitive or Gerund with a difference in meaning:

Remember + Gerund = remember (recall) something that happened in the past: I remember seeing the Alps for the first time. The sight was impressive.

Forget + Gerund = forget something that happened in the past: I’ll never forget seeing the Alps for the first time.

Regret + Infinitive = regret to say, to tell someone, to inform someone of some bad news: I regret to tell you that you failed the test.

Regret + Gerund = regret something that happened in the past: I regret lending him some money. He never paid me back.

Try + Gerund = experiment with a new or different approach to see if it works: The room was hot. I tried opening the window, but that didn’t help. So I tried turning on the fan, but it was still hot. Finally, I turned on the air conditioner.

Notice the patterns with prefer:

Prefer + Gerund: I prefer staying home to going to the concert.

Prefer + Infinitive: I’d prefer to stay home rather than (to) go to the concert.

Complete the sentences with the correct form(s) of the verb in parentheses.