Speak about the Olympic Games

1.The Olympic Games have a very long history.

2. They began more than two thousand years ago in Greece.

3. The best athletes took part in the Games competing in running, jumping, wrestling and throwing the discus.

4. The winners in each kind of sport got an olive wreath which was the highest honour.

5. For a long time there were no Olympic Games.

6. Since 1896 the best athletes of the world have met again every four years, as it was in Greece many, many years ago.

7. The revival of the modern Olympic Games in modern history is connected with the name of Pierre de Coubertin, who has found International Olympic Committee.

8. There are Summer and Winter Olympic Games now.

9. The best sportsmen from all over the world compete in different sports.

10. All sportsmen are proud to represent their country.

11. The motto of the Olympic Games is: SWIFTER, HIGHER, STRONGER.

13. The five rings on the Olympic flag are the symbol of the unity of five continents.

14. They are of five colours – red, yellow, blue, green and black – on a white background.

15. The Olympic mascot is a character that represents the country where the Olympic Games take place. It is usually an animal or a creature.

16. The best athletes in each sports event get medals: gold for the first place, silver for the second place and bronze for the third place.

17. However, the most important thing about the games is not to win, but to take part.

18. The tradition to light the Olympic flame comes from ancient Greece. 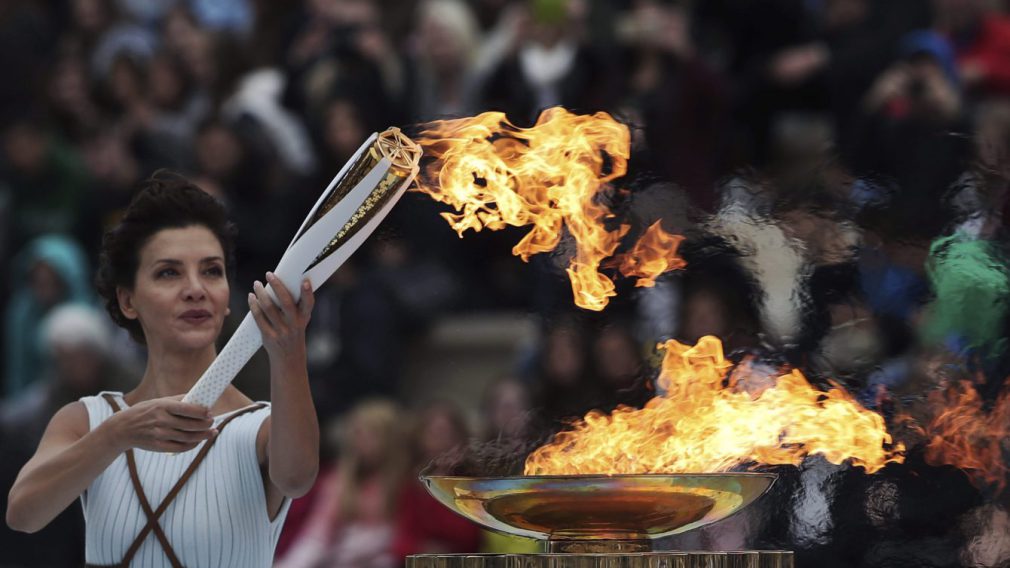 19. A torch is lit at Olympia in Greece and sportsmen carry it across the world to the city where the new Olympic Games take place.

20. The Olympic flame is lit during the opening ceremony and it is put out on the last day of the games.

21. The Paralympic Games are the games for athletes with a disability.

23. Modern Olympic Games due to the television have become an event of universal meaning and a serious business.

24. Countries struggle for the chance to host the Olympics on their territories.

25. People of the whole planet watch the Olympic reports and support their favourite sportsmen.

26. Many people became the winners of the Olympics.

27. They are honoured in their countries.

Check whether you know these words: