St. David’s Day, a National Festival for the Welsh

St. David’s Day, a National Festival for the Welsh

St David’s Day is celebrated in Wales on 1 March, in honour of St David (Dewi Sant), the patron saint of Wales. 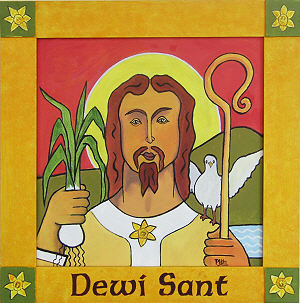 Not a lot is certain about Dewi but March 1st was chosen to honor him because it’s the day he apparently died. In the 18th century it became a national festival for the Welsh.

St. David (Dewi Sant) was a Celtic monk, abbot and bishop, who lived in the sixth century. He spread the word of Christianity across Wales.

During his life David is said to have performed many miracles. The best known happened in Llanddewi Brefi when he was preaching to a large crowd. The ground on where he was stood rose up to form a small hill so that everyone could see and hear him and a white dove, which became his emblem, came and rested upon his shoulder.

Saint David is also the patron saint of doves and poets.

Saint David founded a Celtic monastic community at Glyn Rhosyn (The Vale of Roses) on the western headland of Pembrokeshire, at the spot where St. David’s Cathedral stands today. Two pilgrimages to St David’s Cathedral are apparently akin to one pilgrimage to Rome. 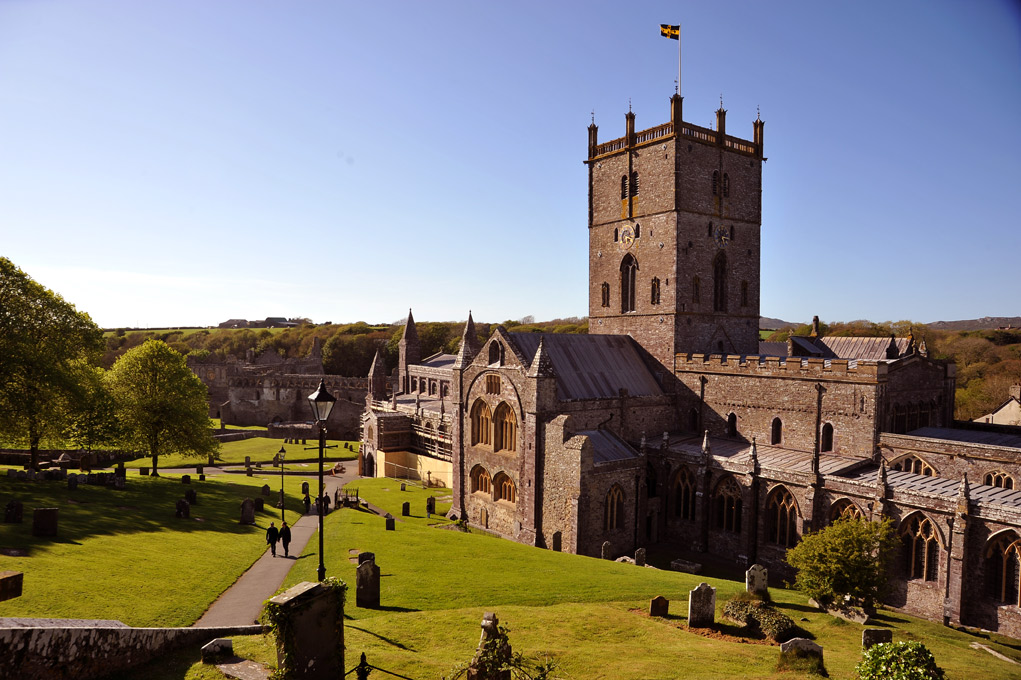 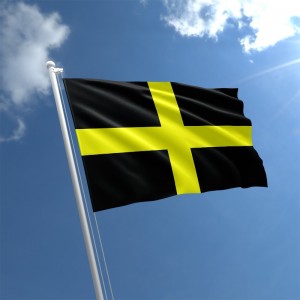 It is an ancient tradition to eat and wear leeks on St David’s Day, but why is this?

According to popular belief leeks became a symbol of Wales and St David’s Day because, during a battle against the Saxons, David had advised all of his soldiers to wear leeks in their hats so that they could easily distinguish themselves from the enemy. And they won the battle. 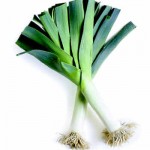 How is St David’s Day celebrated?

St David’s Day celebrations take up many different forms, with everything from parades filled with patriotism and dancing and singing to a traditional St. David’s Day dish of Cawl (traditional Welsh Soup). 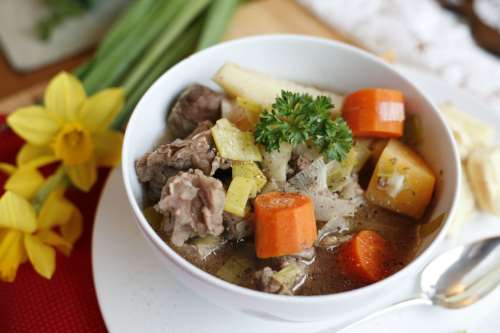 It is the norm for adults to wear/pin leeks or daffodils, the Welsh national symbols, to their clothing. The Red Dragon is worn as a pin.

Children sometimes wear the traditional national costume, which was once worn in rural Wales. This includes the unique Welsh hat worn by women, which is of a similar style to a top hat. 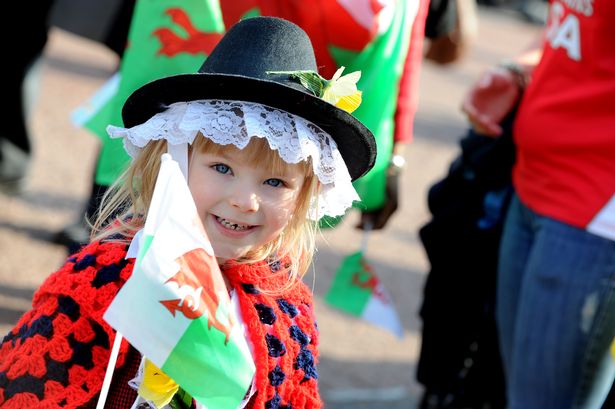 In schools in Wales, the boys take leeks to school and the one with the biggest leek becomes the “cool” kid.

The leek which you will see being worn with pride on St David’s Day is not a native vegetable of Wales. It was introduced by the Romans during their invasion.

A favourite saying on St David’s Day is ‘Gwnewch y pethau bychain’ – do the little things. These were apparently St David’s last words. 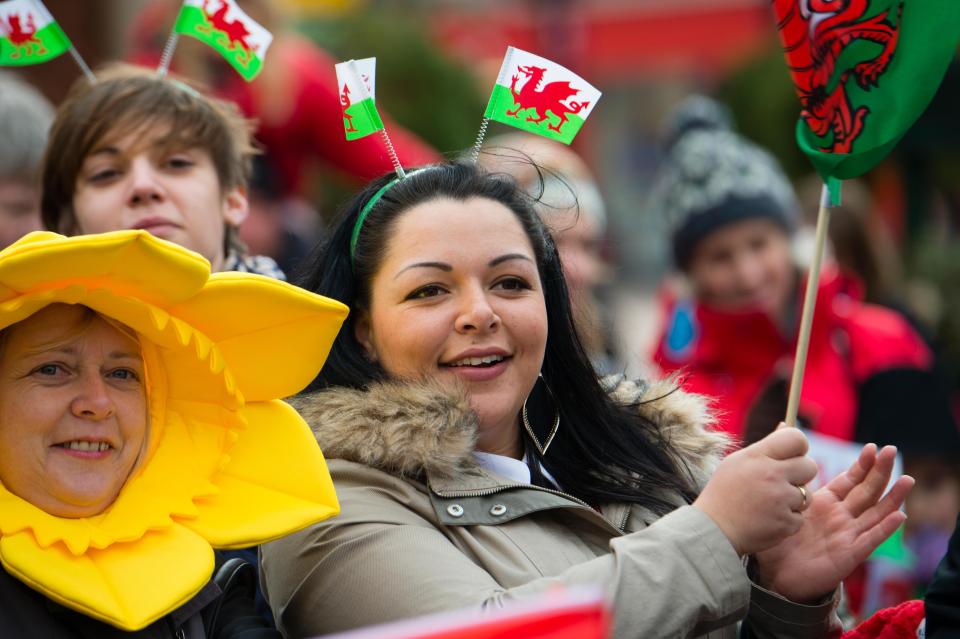