If you want to go shopping in Britain, it’s important to know some facts.

If you are a traveller in Britain, you should know some popular shops and supermarkets.

In the centre of most towns and villages there is a main street with lots of different shops. This street is usually called High Street. The High Streets of Britain are full of big chain stores.

A corner shop is a small shop on, or near a street corner. Shopkeepers in corner shops know their customers personally. Most corner shops sell food and newspapers. They are open until late in the evening, as well as on Sundays.

Street markets are both fun and cheap. Most markets sell fruit and vegetables, clothes, things for the house.

Supermarkets are very popular. They use the self-service system. At the exit you pay for all you goods at the cashier. 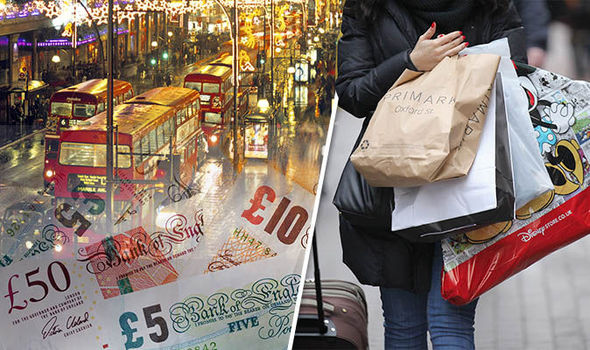 Sainsbury’s are very big supermarkets. They are for richer people who want to do shopping once a week or even once a month.

Tesco supermarkets are leaders, too. But they sell goods at cheaper prices.

British Home Stores (BHS) is a group of large shops selling clothes and other goods for the houses.

British people are fond of out-of-town shopping. Some of them have a special shopping day once a week when the whole family takes a car and goes to enormous shopping complex out-of-town, which is also called “superstore”. The prices in such shops are pretty low and the choice of items is various. In these complexes you can find supermarkets, chain stores, some smaller shops, a lot of cafes, and even a multi-screen cinema. One of such stores is IKEA.

Harrods is one the world’s largest and most famous department stores. Harrods sells luxury and everyday goods across seven floors and 330 departments. The “Food Halls” are a popular tourist attraction.

One of the best-known chain stores is Marks & Spencer, which sells clothes, food, furniture and flowers. The company has over 700 stores worldwide and has a reputation for good quality. The store bases its business on three principals: good value, good quality and good service

London is a paradise for shoppers. There are over 40,000 shops and 26 major markets in the capital of Great Britain.

Covent Garden with street markets and small boutiques is a must visit for all tourists to London.

Charingcross Road is famous for bookshops, such as Foyles, Borders and Blackwell’s. Book worms go there. There are rare, second-hand and specialist book shops there.

Tottenham Court Road is the best place for electronics shops and furniture stores.

In Regent Street there is Hamley’s where every child’s dream comes true. It offers seven floors of toys for all ages – from traditional soldiers, dolls and trains to high-tech computer games and robots.

Petticoat Lane Market is a great place for bargain clothes and shoes.

Portobello Market is a place to buy antiques, clothes, shoes, bric-a-brac and organic fruit and vegetables.

In Camden Market you can find hippie clothes, craft stalls and vegetarian food.