Direct and Reported or Indirect Speech

In reported speech we usually need to change the pronoun.

We usually change the tense of the verb from the present to the past.

The Change of Time Words in Reported Speech 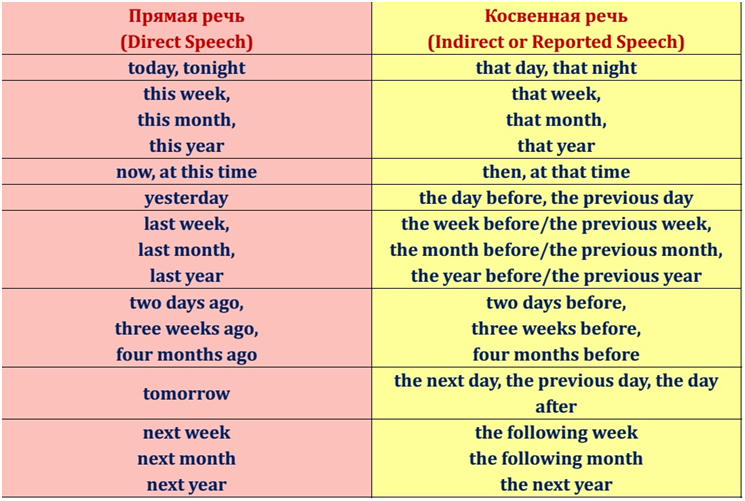 We can use both said and told in reported speech. We use said if we don’t say who the person was talking to.

She said they were having fun at the beach.

We use told when we mention who person was talking to. We usually put a name or an object pronoun after tell.

She told me they were staying in a nice hotel.

Remember the object pronouns are me, you, him, her, it, us, you, them. 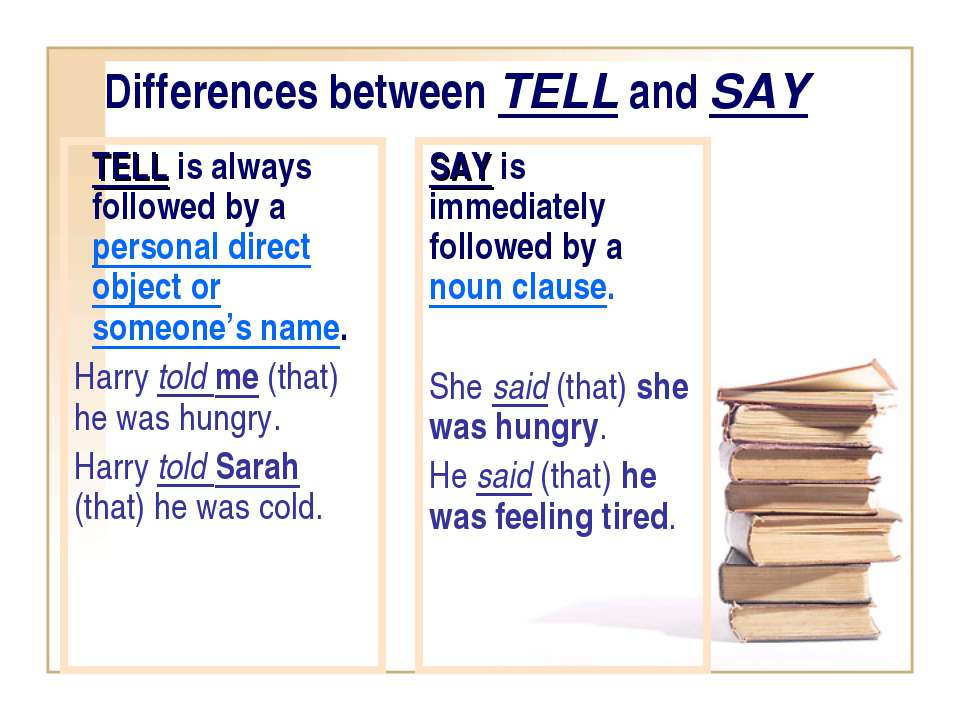 There are no changes in the verb tenses if the reporting verb is in the Present, Future or Present Perfect tense.

There are also no changes when we speak about something which is always true. 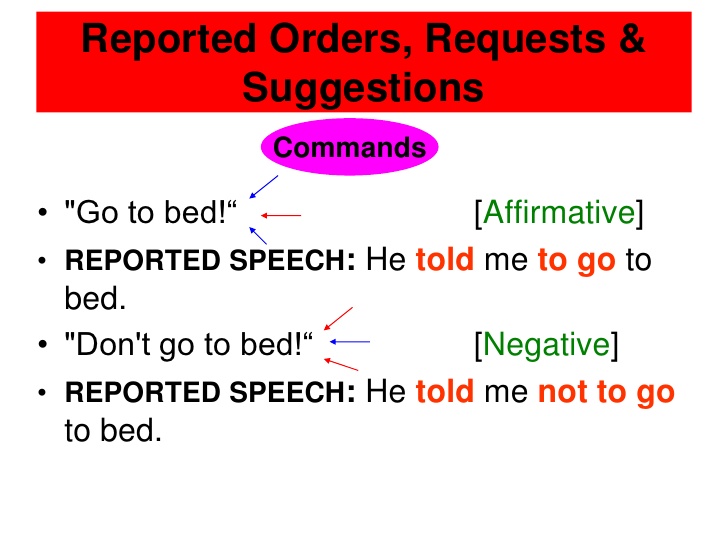 When we report commands, requests and suggestions we use such reporting verbs as: to order, to ask, to tell, to suggest, to beg, to advise,to forbid, to warn, to insist, to promise, to agree, to refuse, to remind, etc.af ter which we use to-infinitive or not to-infinitive.

We don’t normally use the word please in the reported speech.

He said, “Give me your address.” – He told me to give him my address. 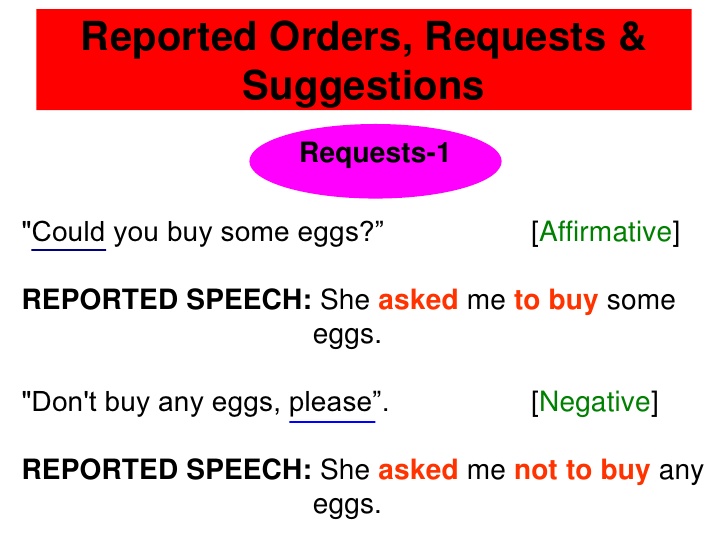 She said, “Why don’t you get a mechanic?” – She suggested getting a mechanic. 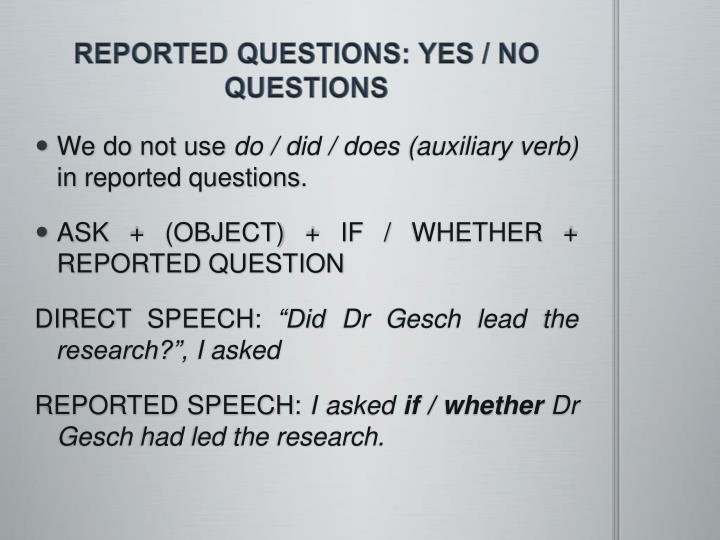 The girl said, “Did you go shopping?” – The girl asked if I had gone shopping.

The man said, “Have they returned yet?” – The man wanted to know whether they had already returned.

The boy said, “Do you know my cousin?” – The boy wondered if I knew his cousin.

Wh-questions are reported with the help of the words when, what, where, which, how, etc.

Polly asked, “What have you done?” – Polly wondered what I had done.

Mother asked her daughter, “Where are you going?” – Mother wanted to know where her daughter was going. 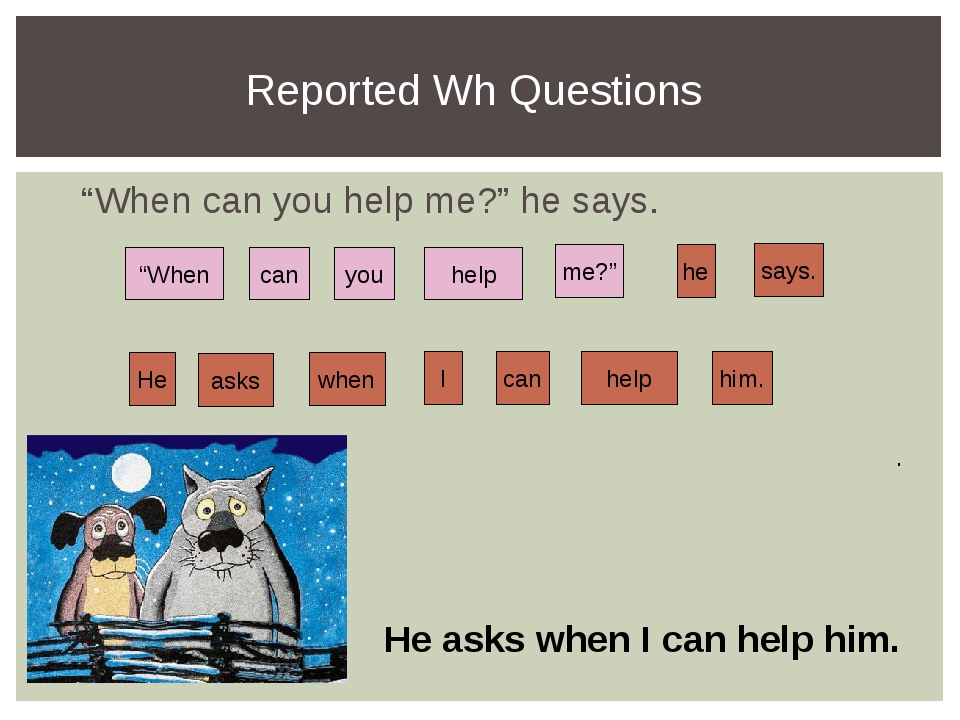