Chameleons, the Most Interesting Reptiles

Chameleons, the Most Interesting Reptiles

Would you like to know more about chameleons, the most interesing reptiles? Let’s do it together!

A chameleon is one of the most interesting reptiles on the planet Earth.

Basically chameleons live on the island of Madagascar, where there are about 60 species.

Chameleons were imported into the United States – states of Florida, California and in Hawaii. They can also be found in South Asia (the island of Sri Lanka), in Africa and Southern Europe.

There are 200 different species of chameleon.

Different types of chameleons are of different sizes, from 6 cantimetres to 6o cm. 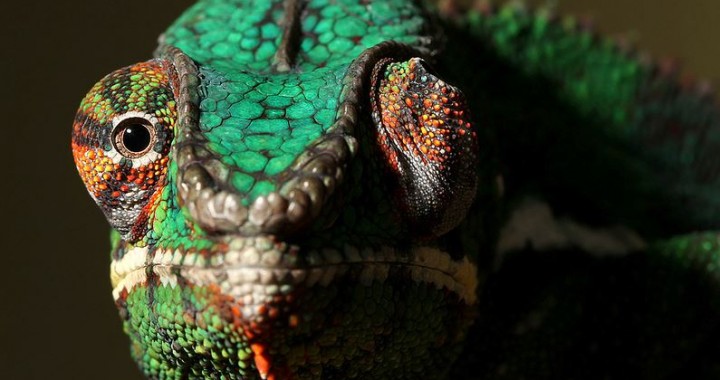 Chameleon is the only animal that can see in two directions at the same time. Chameleons can focus their eyes on several objects at a different distance, allowing them to see 360 degrees around them. Their beautiful vision provides for viewing the spoils at a distance of about ten meters.

Chameleons have a long tongue. Its length is twice as long as the chameleon itself. There is also a fact that in small reptiles the tonger is greater than that of big siblings. When the chameleon “catches” the prey, he shoots his tongue at a speed of 7 meters per seconds. 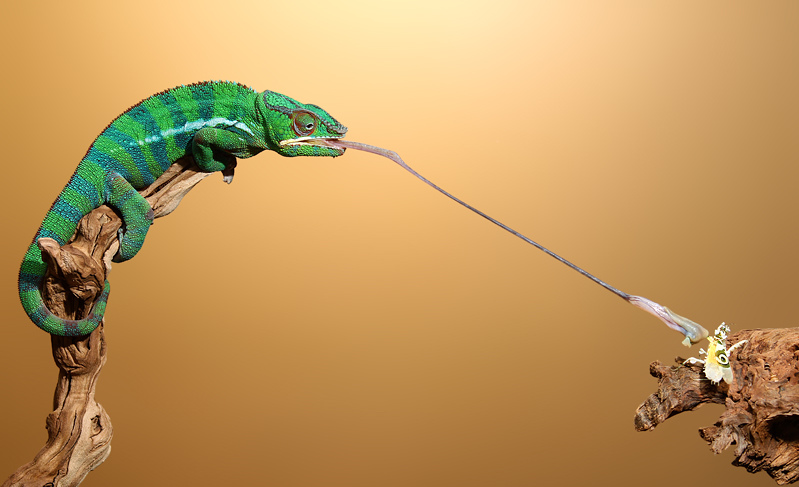 The chameleons have no ears, they hear badly. But this does not mean that they are completely deaf. They can detect the sound at a frequency of 600 Hz.

Chameleons can change the color of practically any, from black to green, from brown to white tones. And they do it very quickly – in 15-20 seconds, and even faster. They change color due to special cells with color pigment, which are located under the skin. Changing the color comes from the impulse that enters the brain of the chameleon and there is a narrowing or expansion of the cells. As a result, the mixing of pigments is obtained, for example, as a mixture of paint – if you mix the blue and red paint, then there will be a purple color. A chemical called melanin also helps to change color. The melanin fibers are spread through the pigment cells from the body of the chameleon as a web, resulting in darker skin. 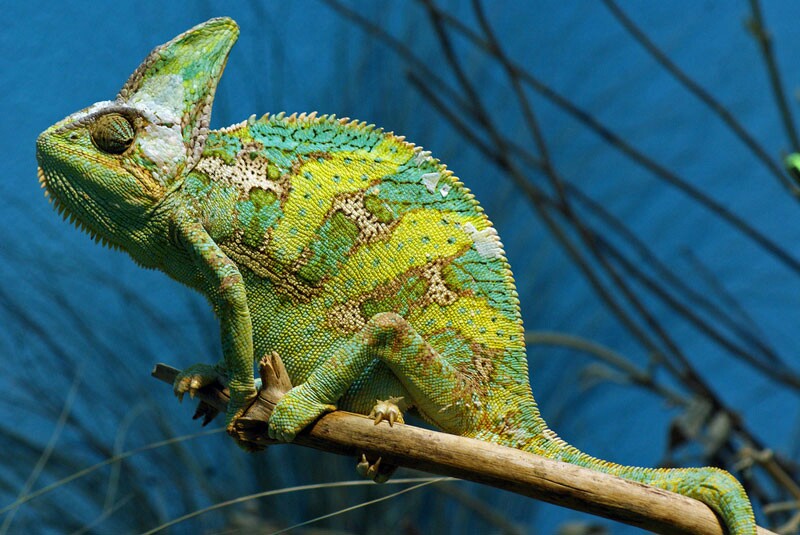 Scientists have proven that the chameleon changes the color in its mood, ambient temperature and other factors. Changing the color helps the animals calm down in this way, and sometimes they interact with each other. Most people think that chameleons change color, only to match with the background, but it’s not so!

Chameleons, which live in the United States, are not a full-fledged chameleon. They are more suited to the species of lizards of the Iguana family. Such iguanas are able to change color, as well as chameleons.