Pancake Day or Shrove Tuesday, Fat Tuesday and Mardi Gras (which is French for “Fat Tuesday”), is the last day of feasting before Lent begins on Ash Wednesday.

Shrove Tuesday is observed mainly in English speaking countries, especially Ireland, the United Kingdom, Australia, New Zealand, Canada and the United States, but also in the Philippines and Germany. 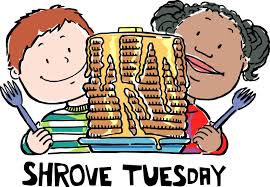 Pancake Day or Shrove Tuesday is linked to Easter, so its date changes on an annual basis. The date can vary from as early as February 3rd to as late as March 9th. Shrove Tuesday is preceded by Shrove Monday and marks the end of Shrovetide, also known as the Pre-Lenten Season.

The name Pancake Day comes from the old English custom of using up all the fattening ingredients in the house before Lent, so that people were ready to fast during Lent. The fattening ingredients that most people had in their houses in those days were eggs and milk. A very simple recipe to use up these ingredients was to combine them with some flour and make pancakes!

The custom of making pancakes still continues today, and in many British towns and villages pancake races (where people race with a frying pan while tossing a pancake in it!) and pancake tossing competitions are held on Shrove Tuesday. In some pancake races people dress up in fancy dress costumes. The most famous pancake race takes place in a town called Olney, in the middle of England. People say that Olney has been celebrating pancake races since 1445!

In other countries Shrove Tuesday is known as ‘Mardi Gras‘. This means ‘Fat Tuesday’ in French and also comes from the idea of using up food before Lent.

Many countries round the world have Mardi Gras celebrations and carnivals. Some of the most famous are in Rio de Janeiro in Brazil, New Orleans in the U.S.A., Venice in Italy and Sydney in Australia.

Pancake Day is always on a Tuesday in February or March. It is the day before Ash Wednesday, the start of Lent. Lent is a period of 40 days before Easter when people often give up or stop eating things that are bad for them like chocolate or fast food. At the end of Lent is Easter. Easter takes place on a different date each year because it depends on the moon. Easter Sunday is the first Sunday after the first full moon of spring. Traditionally, during Lent, people didn’t eat rich foods like butter and eggs, so they made pancakes from these ingredients on Shrove Tuesday.

Another tradition on Pancake Day in the UK is pancake racing. People run in a race with a pancake in a pan. As they run, they have to toss the pancake (throw the pancake in the air and catch it in the pan) several times. In some pancake races people dress up in fancy dress costumes. The most famous pancake race takes place in a town called Olney, in the middle of England. People say that Olney has been celebrating pancake races since 1445! 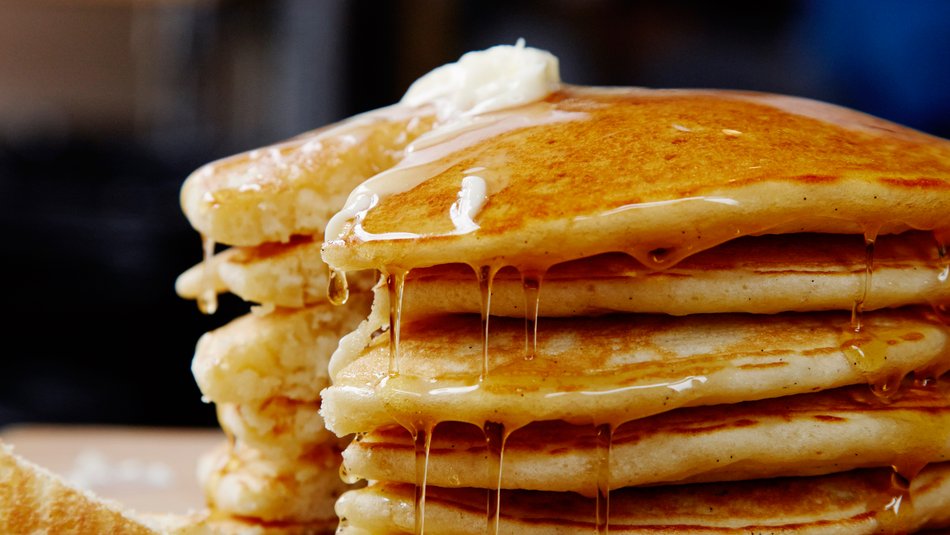 Ash Wednesday is the day when the Christian period of Lent begins. During Lent people fast. So they do not eat rich and fat food. When Christ went into the desert, he fasted for forty days.

Tuesday, the day before Ash Wednesday, is the last day before Christians begin fasting. People cook and eat pancakes. These are made from flour, milk and eggs, and fried in a hot pan.

In Britain in some towns there is a tradition to hold pancake races on that day. People who take part in the pancake race, run along the street holding a frying pan and throwing the pancake in the air. Those who drop the pancake, lose the race. People who watch them have great fun.