St. Valentine’s Day in the USA

St. Valentine’s Day in the USA

Festival of Romance and Affection

Valentine’s Day is celebrated on February 14th as a festival of romance and affection.  People send greeting cards called “valentines” to their friends, sweethearts, and members of their families.

Many valentines have romantic poems; others are humorous.  But almost all valentines ask “Be My Valentine”.  This may mean be my friend or be my love or be my companion.  Valentines often show a cupid with an arrow.  Cupid, also called Eros, was an ancient Roman  god of love.

Valentine’s Day is not a legal holiday; schools and banks are open as usual.  Merchants sell valentines and decorations for valentine parties and dances.  All the decorations are bright red, and the most popular ones are heart shaped.

Schoolchildren decorate their classrooms with bright red paper hearts and celebrate the day in their classroom.  They also make  valentine cards for their friends and parents.  Red is the color       most often used in valentines because it is a symbol of warmth and feelings.  This is the reason that red roses have long been the symbol of love.  Pink is a mixture of red and white and is quite      commonly used also.  White is the symbol of purity and is a color often used in valentines.  It is believed that the bridal veil may have inspired the use of lace on valentines.

Stores advertise heavily for this holiday since it is traditional for sweethearts, spouses, and members of the family to exchange gifts on Valentine’s Day.  Heart shaped boxes of candy, jewelry and flowers are some of the popular gifts given on this day. Many newspapers carry advertisements or messages placed by people in love.  Both men and women want to let their sweethearts know how much they love them.  On Valentine’s Day, many radio stations play romantic music all day long.  One very famous song is called “My Funny Valentine”.

Valentine’s Day is a day to share loving feelings with friends and family.  It has become traditional for many couples to become engaged on this day.  Also, famous couples are remembered.  Some of them are Romeo and Juliet, Caesar and Cleopatra, among others. This is a happy day because it is specially dedicated to celebrate love, affection and friendship. 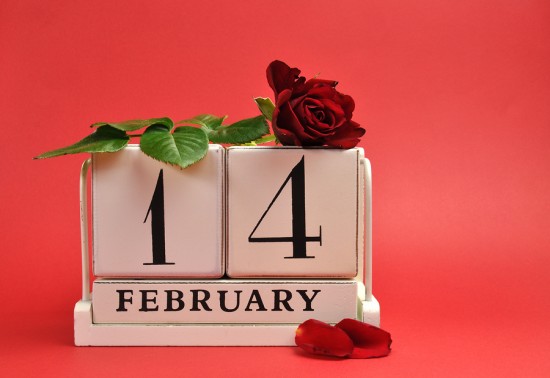 Cross out the phrases or words that don’t belong.

Select the word that best completes the sentence.

Fill in the blanks with appropriate words (change into the past tense as needed).

Select the correct word form to complete each sentence.

2. The spring party was a (festival, festive) occasion.

3. The TV comedy was full of humor, humorous).

4. The Christmas tree was (decorated, decoration) with colored lights.

5. He wrote a message of (affection, affectionate).