Are You For or Against Animal Testing? Discussion Essay

Are You For or Against Animal Testing? Discussion Essay

Are you for or against using animals for medical research?

More than 350 years ago, scientists discovered that animals have ot similar bodies and organs to humans. So, in order to prevent human diseases, scientists tested new drugs on animals before they gave them to to humans. They say that without doing experiments on animals, they wouldn’t be able to treat as many diseases.

Animal rights campaigners disagree. They say that a lot of animals suffer and that it is cruel and unnecessary.

At the moment it is legal in some countries to use animals for medical research. Many people think we should ban animal testing, although there are arguments both for and against this practice.

One of the arguments for using animals to test new drugs and medical techniques is that we cannot test them on humans. Animal experiments have helped to develop many drugs and medical procedures, like transplants.

In addition, animal testing is efficient because animals mature faster than humans. 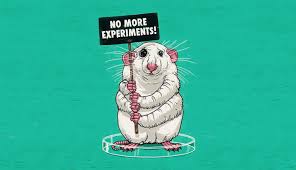 On the other hand, many people argue that animal testing is cruel. Also, they say that we should not test non-essential products like shampoos and cosmetics on animals because there is already enough information.

All in all, I am not in favour of animal testing, but it is necessary when there is no alternative.

I believe that there should be stricter controls on research and experiments and scientists should develop computer models to replace animal testing.