Holly and Ivy as Christmas Decorations

Read about Christmas plants holly and ivy to get to know some interesting facts.

Holly is an evergreen tree or bush with prickly dark green shiny leaves and red berries. It is one of the most popular evergreens. Holly has been used to decorate for winter holidays for thousands of years.

The Druids are known to have used holly as part of their winter solstice celebrations at least two thousand years ago. The Druids believed that holly, with its shiny leaves and red berries stayed green to keep the earth beautiful when the sacred oak lost its leaves. They wore sprigs of holly in their hair when they went into the forest to watch their priests cut the scared mistletoe. 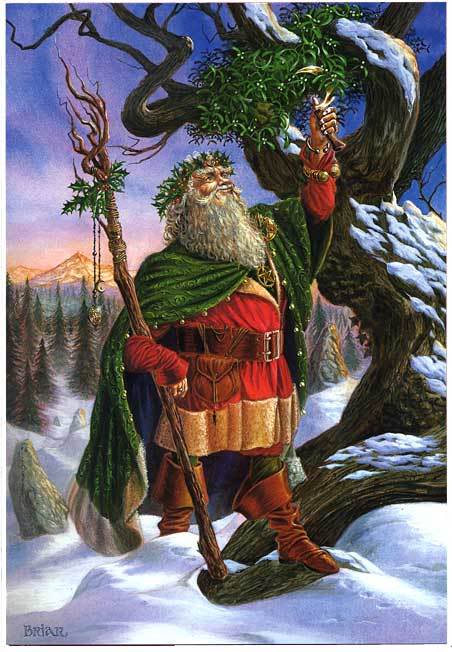 The ancient Romans believed that holly warded off lightning strikes and witchcraft and sent boughs of holly to friends during the festival of Saturnalia, also celebrated at the winter solstice.

Later, holly became a symbol of Christmas. The early Celtic Christians associated the sharply pointed leaves of holly with the thorns in Christ’s crown and red berries with the drops of his blood. In Scandinavia it is known as the Christ Thorn. 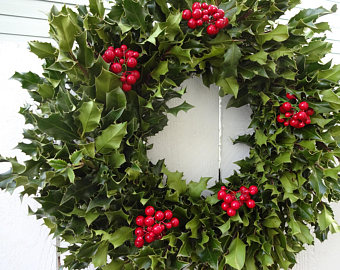 Holly became a nativity tradition, that’s why it is used as a Christmas decoration. People make wreaths of holly and hang them as a decoration on the door. Holly is considered to be a symbol of good luck, just like the horseshoe.

The plant has come to stand for peace and joy; people often settle arguments under a holly tree.

In Germany a piece of holly that has been used in church decorations is regarded as a charm against lightning.

In England, British farmers put sprigs of holly on their beehives. On the first Christmas, they believed, the bees hummed in honour of Christ Child. The old English tradition also mentions the “he holly and the she holly” as being the determining factor in who will rule the household in the following year, the “she holly” having smooth leaves and the “he holly” having prickly ones.

Other old beliefs included putting a sprig of holly on the bedpost to bring sweet dreams and making a tonic from holly to cure cough. 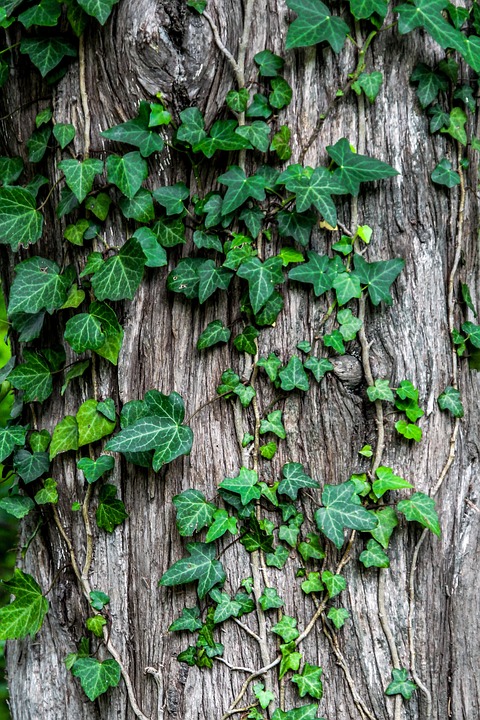