What do you know about St. Nicholas?

St. Nicholas was a real person who was born to a wealthy family in Lycia, Asia Minor (now known as Turkey) sometime between 270 and 280 AD. He was orphaned at an early age and grew up in a monastery becoming one of the youngest priests ever at the age of 17. He travelled to Palestine and Egypt before returning to Lycia to become Bishop of Myra. 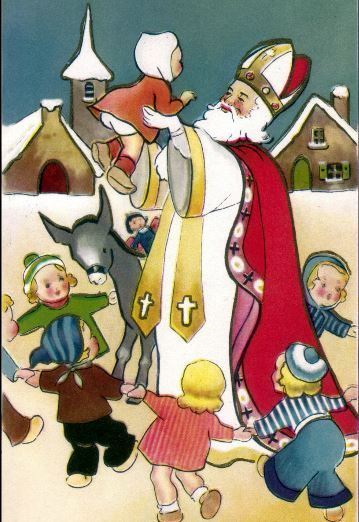 Nicholas was a very generous man, known for his charity and wisdom, who gave away his wealth to those in need. He would often go out at night, disguised in a hooded cloak, to leave gifts of money, clothing or food for the poor and underprivileged.

He died on 6 December 340 and was buried in the church in Myra. After his death he was canonised, becoming the patron saint of Greece, Russia, children, scholars, merchants, sailors and travellers.

In 1087 religious soldiers from Italy took the remains of St. Nicholas back to Bari in southern Italy where they built a church in honour of him – the Basilica of San Nicola. This greatly increased his popularity in Europe, with pilgrims from all over the world coming to visit his shrine. Each of them took his legend back to their native countries where, as his fame spread, it took on the characteristics of each country. One thing remained common to all however, and that was the traditional image of the Bishop’s mitre, long flowing robes, red cap and white beard. 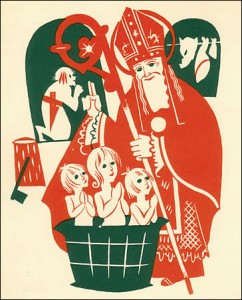 There are many legends surrounding St. Nicholas, the most famous of which tells how he gave bags of gold to three poor sisters for their dowries, throwing them down the chimney where they landed in some stockings which had been hung up by the fire to dry. This gave rise to the custom of giving gifts on his feast day (6 December), a practice which is still followed in the Netherlands and Germany where children leave their shoes out on St. Nicholas’s Eve and hope that they will be filled with sweets and gifts the next morning. Elsewhere this has been incorporated into Christmas due to his identification with Santa Claus – a corruption of his Dutch name of ‘Sinter Klaas’.

When December 6th comes around, many of us remember receiving small gifts from Saint Nicholas in our shoes.  It’s close to Christmas too, so we can sometimes be tempted to think of Santa Claus at this time.  It’s interesting to look a little more closely at one of the favorite Saints of all time and the story behind his generosity and gift-giving. 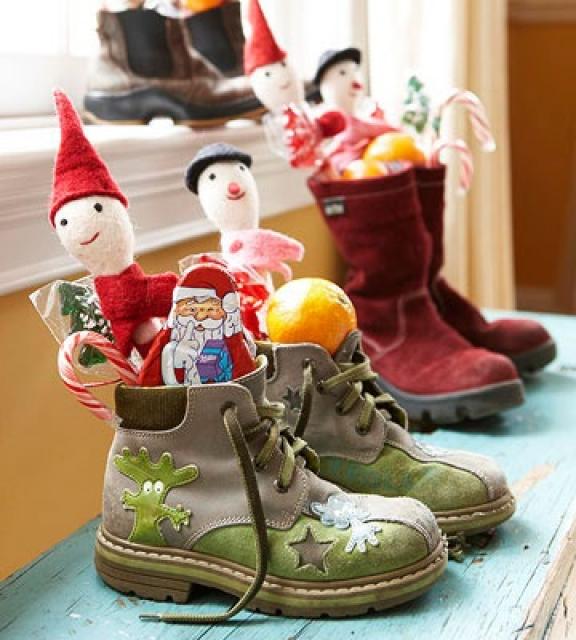 Nicholas is the national saint of Russia and Greece and churches named after him number in the thousands – more than 400 in Great Britain alone.  He is the patron saint of judges, murderers, pawnbrokers, thieves, merchants, paupers, scholars, sailors, bakers, travellers, maidens and poor children.  He is also known as the friend and protector of all those in trouble.

Saint Nicholas was born in the Middle East in the fourth century.  He grew up to become the bishop of Myra.  His hometown was Lycia, near the coast of what is now Turkey.  Legends tell of his love for children, his kindness and the miracles that have been attributed to him.

The most famous story about Nicholas tells of how he helped three unfortunate young sisters who all had suitors but had no dowries because their father, a poor nobleman, could not raise the money.  Because of this, they could not marry. 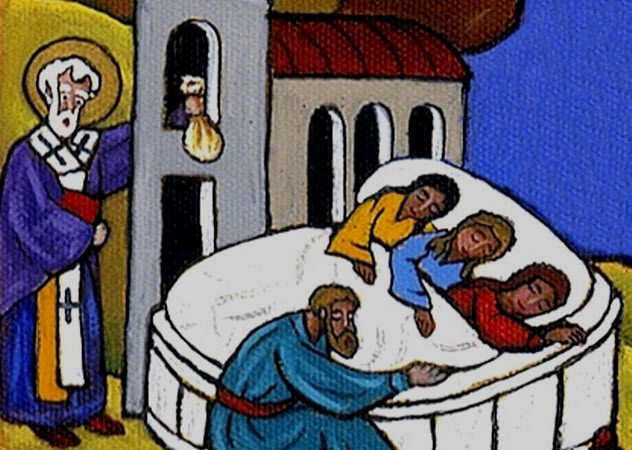 The Bishop Nicholas was a shy man and did not like to give money directly, so he thought of a way to give it anonymously.  When the first daughter was ready to marry, the good bishop tossed a bag of gold into the house at night.  Later, when the second daughter prepared to marry, she too received a mysterious bag of gold.  When the third daughter prepared to marry, the poor nobleman and father of the three girls were determined to find out who had been so generous.  So he kept watch and saw the bishop drop another bag of gold into the house.

It has been said that Saint Nicholas climbed on the roof and dropped the third bag of gold down the chimney where it landed in a stocking hung to dry, giving us a reason to hang up Christmas stockings today. When the father saw what had happened, Nicholas begged him to keep the secret, but, of course, the news got out.  From then on, whenever anyone received an unexpected gift, they thanked Nicholas.

Six hundred years later, the Russian Emperor Vladimir visited Constantinople and heard all the wonderful stories about Bishop Nicholas and decided to make him the patron saint of Russia.  The stories even spread to the Laplands – to the people of the reindeer sleds.

The three bags of gold Nicholas gave the sisters made him the focus of merchants in northern Italy.   Statues and pictures had shown him holding the three bags and when taken as the patron saint of the merchants, the bags became gold balls, representing money lenders and today, pawnbrokers.

Be sure Saint Nicholas visits your family members, co-workers and friends on December 6th! 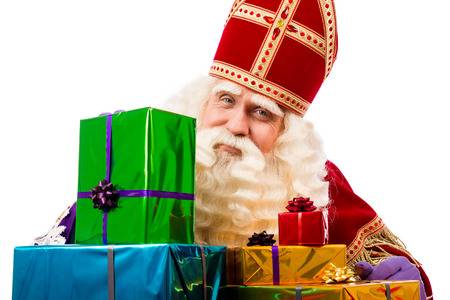 Have you read the texts about St. Nicholas? Do this quiz.