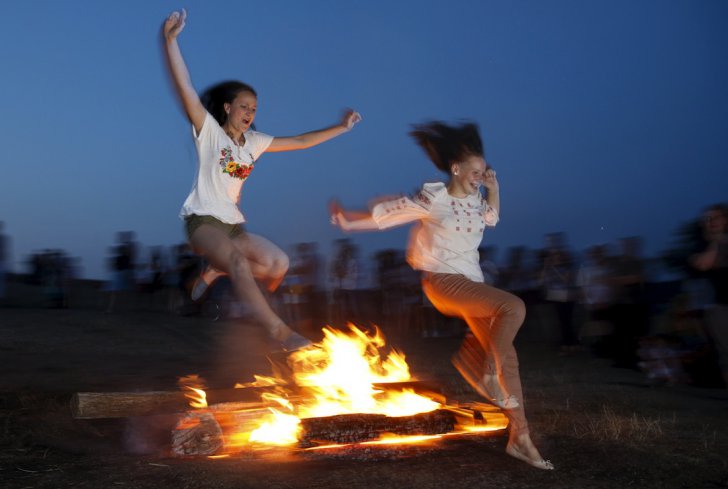 Ivan Kupala Day is an observance and not a public holiday in Ukraine.

Ivan Kupala Day combines the words Ivan, the Slavic name of John the Baptist, and Kupala, derived from the Slavic word for bathing. However, is also said the name of the day is associated with Kupajlaor Kupalo, a harvest god. Traditions and activities associated with this holiday can also be traced back to Pagan rituals.

It is believed that the act of leaping over bonfires purifies people from sickness and bad luck. Water is thought to be another purifying element. 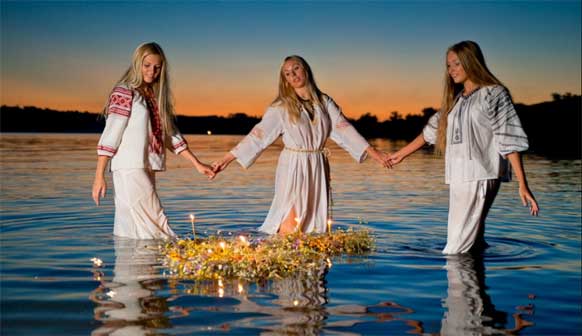 Complete the text with the words in the box.

Every midsummer people in Ukraine ______________ Ivan Kupala Day. ‘Kupala’ means ‘bathing’ and the ______________ god Kupalo was also the god of love and harvest. These meanings come together in many rituals, which often involve fire and water because they symbolize the sun and the rain needed to make crops grow. 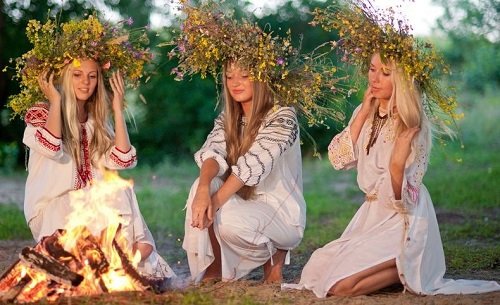 ______________ , people also make fires. Often the fires are made outside the village near a pond or a river. They keep the fires burning all night. Young couples hold hands and jump over the fire. Those who let go of each other’s hands won’t stay together. Nowadays, the ______________ are not as big as they were in the past, but they are still found in many areas, particularly in the countryside.

Read the text again and answer the questions.

Write the questions for the answers.

They collect flowers and plants.

The night before midsummer.

Near a pond or river.