Read and speak about Vyshyvanka Day in Ukraine

This holiday is celebrated on the third Thursday of May.

Day of Vyshyvanka is original and self-sufficient, it doesn’t have any state or religious bases. One sparkling idea gave start to national holiday in 2007.

Since then Ukrainians have specific day to put on embroidered clothes when going to kindergarten, school, university or work place.

Short history of Day of Vyshyvanka

Nationwide action ‘Day of Ukrainian vyshyvanka’ was launched by a student of history, political science and international relationships faculty in Chernivtsi National University Lesya Voroniuk in 2007.

The first Day of Vysyhyvanka took place in 2007 when several dozens of students came to University in Ukrainian ethnic embroidered shirts. 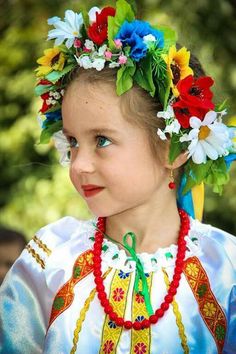 In course of the following years festival reached nationwide level. Ukrainian diaspora and supporters of Ukraine from all over the world joined as well.

The main goal of such event is preservation of Ukrainian values and their popularization among youth and country’s population in general.

The holiday doesn’t include any mandatory measures except for wearing vyshyvanka. Still there can be concerts, parades, competitions, events and fairs on the initiative of students, professors, public and cultural figures.

The holiday itself stimulates every conscious citizen of Ukraine to a very simple act – just wear vyshyvanka before going to work or study.

However, this act has a deep psychological context as it comes to expression of national and civic position, cultural education and spiritual consciousness. 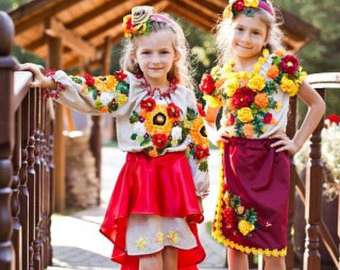 The experience proves that during Vyshyvanka Day people are always in high spirits with smile on their faces.

Symbols of strength, prosperity, beauty and ancient amulets are encoded in this ethnic clothes.