Europe Day is an observance in Ukraine on the third weekend in May to celebrate and honor its unity with other European countries. Europe Day is not an official public holiday in Ukraine.

Europe Day is often observed over 2 days – Saturday and Sunday – on the third weekend in May. It is a time for many Ukrainians to celebrate their unity with the rest of Europe.

Many cultural activities are held in different cities across Ukraine during the Europe Day weekend. Festivities include food events featuring different types of European food, as well as concerts of musicians from across Europe.
Flags of different European countries, including Ukraine, are often displayed together as a symbol of unity at various Europe Day events. 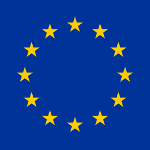 Europe Day is a day to celebrate unity and peace in Europe. There are 2 separate Europe Days in general: one to remember the Council of Europe’s establishment, which took place on May 5, 1949; and one to commemorate the Schuman Declaration of May 9, 1950, which proposed a new organization of states in Europe, a predecessor of the European Union (EU). In Ukraine, Europe Day is celebrated during the third weekend every May. The Ukrainian president established this day by decree in 1993.