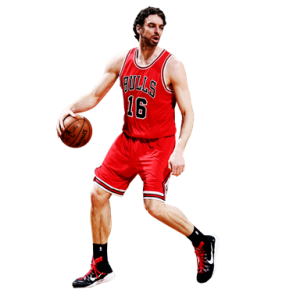 Have you heard about Pau Gazol? I want to tell you this popular basketball player.

He is 2.13 metres height. He is slim, he has got short, curly, brown hair, and his eyes are blue.

Pau first played basketball when he was at school.

He turned professional when he was only 16 years old.

Pau first won his big trophy with Barcelona. He also won the Spanish League trophy in 2001 and a silver medal at the Olympics in 2008.