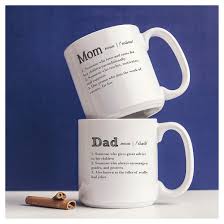 The roles of mothers and fathers have changed nowadays.  More mothers now work outside the home.  More fathers must help with child-care.

These two special days are celebrated in many different ways.  On Mother’s Day people wear carnations.  A carnation is the official Mother’s Day flower.  A red one symbolizes a living mother.  A white one shows that mother is dead. Adults give their mothers red carnations.  If their mothers are deceased, they may bring white carnations to put on the grave. Many people attend religious services to honor parents.  It is also a day when people whose parents are dead visit the cemetery. 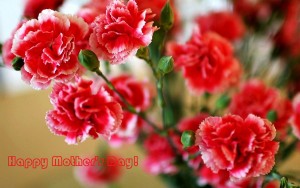 On these days families get together at home, as well as in restaurants.  They often have outdoor barbecues for Father’s Day.  These are days of fun and good feelings and memories.

Mother’s Day is the busiest day of the year for American restaurants.  Family members do not want Mom to cook on her special day! On Mother’s Day morning, some children follow the tradition of serving their mothers breakfast in bed. Another tradition is to give cards and gifts. Children make them in school.  Many people make their own presents.  These are valued more than the ones bought in stores.  It is not the value of the gift that is important, but it is “the thought that counts”. Greeting card stores, florists, candy makers, bakeries, telephone companies, and other stores do a lot of business during these holidays.

Mother’s Day was proclaimed a day for national observance by President Woodrow Wilson in 1915.

Ann Jarvis from Grafton, West Virginia, had started the idea to have a day to honor mothers.  She was the one who chose the second Sunday in May and also began the custom of wearing a carnation. Anna’s mother had provided strength and support as the family made their home in West Virginia and Philadelphia, Pennsylvania where her father served as a minister.  As a girl, Anna had helped her mother to take care of her garden, mostly filled with white carnations, her mother’s favorite flower.

When Mrs.  Jarvis died on May 5, 1905, Anna was determined to honor her.  She asked the minister at her church in West Virginia to give a sermon in her mother’s memory.  On the same Sunday in Philadelphia, their minister honored Mrs.  Jarvis and all other mothers with a special Mother’s Day service.

Anna Jarvis began writing to congressmen, asking them to set aside a day to honor mothers.  In 1910 the governor of West Virginia proclaimed the second Sunday in May as Mother’s Day; and later every state celebrated it. 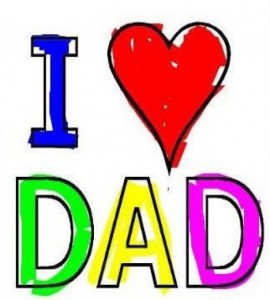 In 1909, Mrs.  Dodd from Spokane, Washington, thought of the idea of a day to honor fathers.  She wanted to honor her own father, William Smart.  After her mother died, he had the responsibility of raising a family of five sons and a daughter.  In 1910, the first Father’s Day was observed in Spokane.  Senator Margaret Chase Smith helped to establish Father’s Day as a national commemorative day, in 1972.