The Message of Chief Seattle

The Message of Chief Seattle 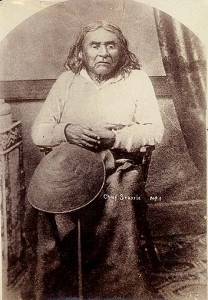 Chief Seattle lived approximately 1790 to 1866, in the Pacific Northwest region of what is now the United States. He was a respected and peaceful leader of the Suquamish and the Duwamish Indians. In the mid-1850s when the government in Washington, D.C., wanted to buy the lands of his exhausted and defeated people, Chief Seattle delivered a speech in his native tongue, a speech which has since – in a variety of forms – served as the basis of ecological movements around the world and from which Brother Eagle, Sister Sky is drawn.

”Chief Seattle ‘s words inspired  – and continue to inspire – a most compelling truth: In our zeal to build and possess, we may lose all that we have.

We have come late to environmental awarness, but there was a thundering message delivered a century ago by many of the great Native American chiefs, among them Black Elk, Red Cloud, and Seattle.

To all of the Native American people, every creature and part of the earth was sacred; it was their belief that to waste or destroy nature and its wonders is to destroy life itself. Their words were not understood in their time. Now they haunt us. Now they have come true, and before it is too late we must listen.” 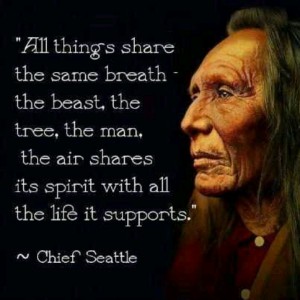 Human beings and nature are inseparable.

Read the message of  Chief Seattle to Further Generations. 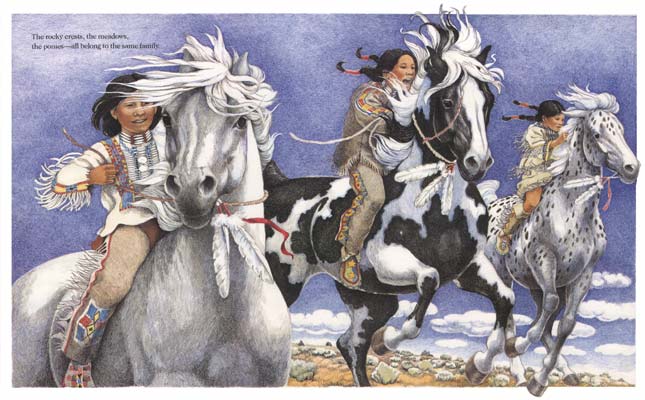 How can you buy the sky? Chief Settle began.

How can you own the rain and the wind?

My mother told me,

Every part of this earth is sacred to our people.

Every pine needle. Every sandy shore.

Every mist in the dark woods.

Every meadow and humming insect.

All are holy in the memory of our people. 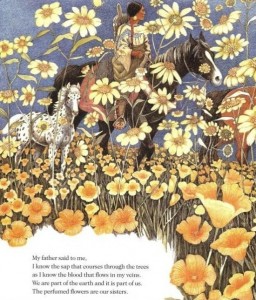 My father said to me,

I know the sap that courses through the trees as I know the blood that flows in my veins.

We are part of the earth and it is the part of us.

The perfumed flowers are our sisters.

The rocky crests, the meadows, the ponies – all belong to the same family. 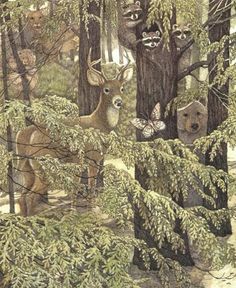 The voice of my ancestors said to me,

The shining water that moves in the streams and rivers is not simply water, but the blood of your grandfather’s grandfather.

Each ghostly reflection in the clear waters of the lakes tells of memories in the life of our people.

The water’s murmur is the voice of your great-great-grandfather.

The rivers are our brothers. They quench our thirst.

They carry our canoes and feed our children.

You must give to the rivers the kindness you would give to any brother. 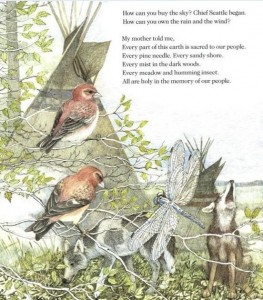 The voice of my grandfather said to me,

The air is precious. It shares its spirit with all the life it supports.

The wind that gave me my first breath also received my last sigh.

You must keep the land and air apart and sacred,

as a place where one can go to taste the wind that is sweetened by the meadows flowers.

When the last Red Man and Woman have vanished with their wilderness, and their memory is only the shadow of a cloud moving across the prairie, will the shores and forest still be there?

Will there be any of the spirit of my people left?

My ancestors said to me,

This we know: The earth does not belong to us. We belong to earth.

The voice of my grandfather said to me,

Teach your children what you have been taught.

The earth is our mother.

What befalls the earth befalls all the sons and daughters of the earth. 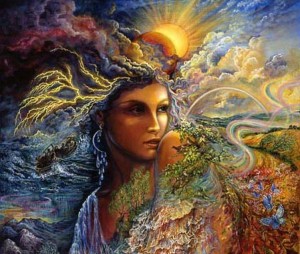 Hear my voice and the voice of my ancestors, Chief Settle said.

The destiny of your people is a mystery to us.

What will happen when the buffalo are all slaughtered?

What will happen when the secret corners of the forest are heavy with the scent of many men?

When the view of the ripe hills is blotted by talking wires?

Where will the thicket be? Gone.

Where will the eagle be? Gone.

And what will happen when we say good-bye to the swift pony and the hunt?

It will be the end of living, and the beginning of survival.

This we know: All things are connected like the blood that unites us.

And we did not weave the web of life,

We are merely a strand in it.

Whatever we do to the web, we do to ourselves.

We love this earth as a newborn loves its mother’s heartbeat.

If we sell you our land, care for it as we have cared for it.

Hold in your mind the memory of the land as it is when you receive it.

Preserve the land and the air and the rivers for your children’s children and love it as we have loved it. 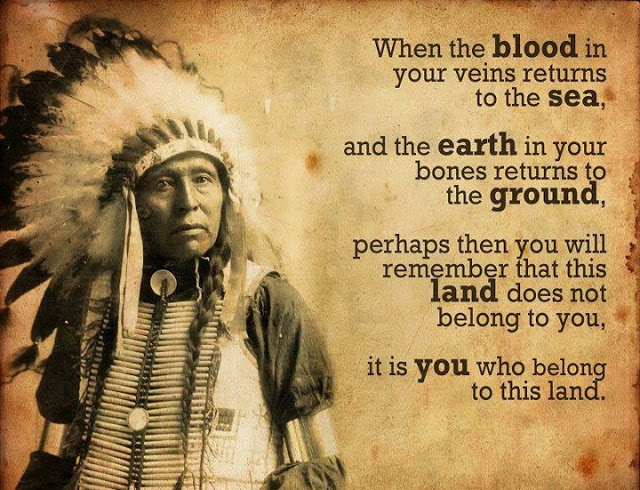