Let’s discover the United Kingdom together and learn some interesting facts about this country.

discover – відкривати
Do you know who discovered America?

discovery – відкриття
Scientists made many scientific discoveries. Penicillin was a significant medical discovery.

Ireland – Ірландія
St. Patrick’s Day is a holiday in Ireland. They spent summer vacation in Ireland. 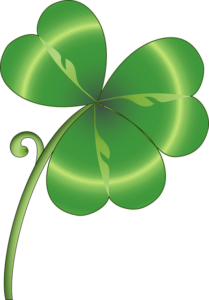 Have you heard that Irish people have some strange customs? Can you imagine that they believe a small green plant that has three leaves can bring luck? Also, they have a strange thought that it’s bad to put your new shoes on the table. And you shouldn’t give anything sharp to your friend not to ‘cut’ your friendship.

kingdom – королівство
They visited many kingdoms in Europe. Norway is a kingdom.

Scotland – Шотландія
Scotland is in the north. Ben Nevis is the highest mountain in Scotland.

Wales – Уельс
Wales is part of the United Kingdom. She comes from Wales.

Cardiff – Кардиф
Cardiff is the capital of Wales.

Belfast – Белфаст
Belfast is the capital of Northern Ireland.

consist of – складатися з
The UK consists of four countries. This dish consists of rice and vegetables.

cross – хрест
Union Jack is made up of three crosses.

symbol – символ
Each country of the United Kingdom has its symbol.

imagine – уявити
Imagine that you are in London now. You can’t imagine how beautiful the city is!

keep traditions – зберігати традиції
People of the UK keep their traditions. We keep our family traditions.

custom – звичай
What customs do you have for New Year in your country? There are many customs and traditions in the United Kingdom.

explore – досліджувати
The best way to explore the countryside is on foot. We should explore customs and traditions of Great Britain. This website has many different pages for you to explore.

daffodil – нарцис
The symbol of Wales is a daffodil. Daffodils are beautiful spring flowers.

thistle – будяк
The symbol of Scotland is a thistle.

Read and speak about the United Kingdom of Great Britain and Northern Ireland.

Have more practice.
I’m sure this presentation will help you discover the United Kingdom of Great Britain and Northern Ireland and speak about the country without any problems.